Burak Deniz Had a Terrible 2020 Topped With His Father Passing Away! (Picture)

Turkish actor Burak Deniz, known in the Arab world from the series Bizim Hikaye "Our Tale", was deeply saddened by his father passing away.

Burak's father suffered a heart attack and died last Wednesday, and the burial and funeral were held last Thursday in Izmir.

Before that, Deniz had previously been forced to move his parents from their home after it was damaged in Izmir earthquake. 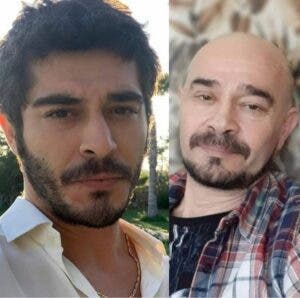 The Turkish actor's misfortunes were many during this year, including admitting his new girlfriend to the hospital to have her appendix removed, and a little time before that he had a car accident when he hit someone and caused him to fall off his motorcycle.

Those were not the only surprises that 2020 gave to Burak, as filming his new series Mehmet Kadir Bilmez has been paused multiple times due to the new Coronavirus.