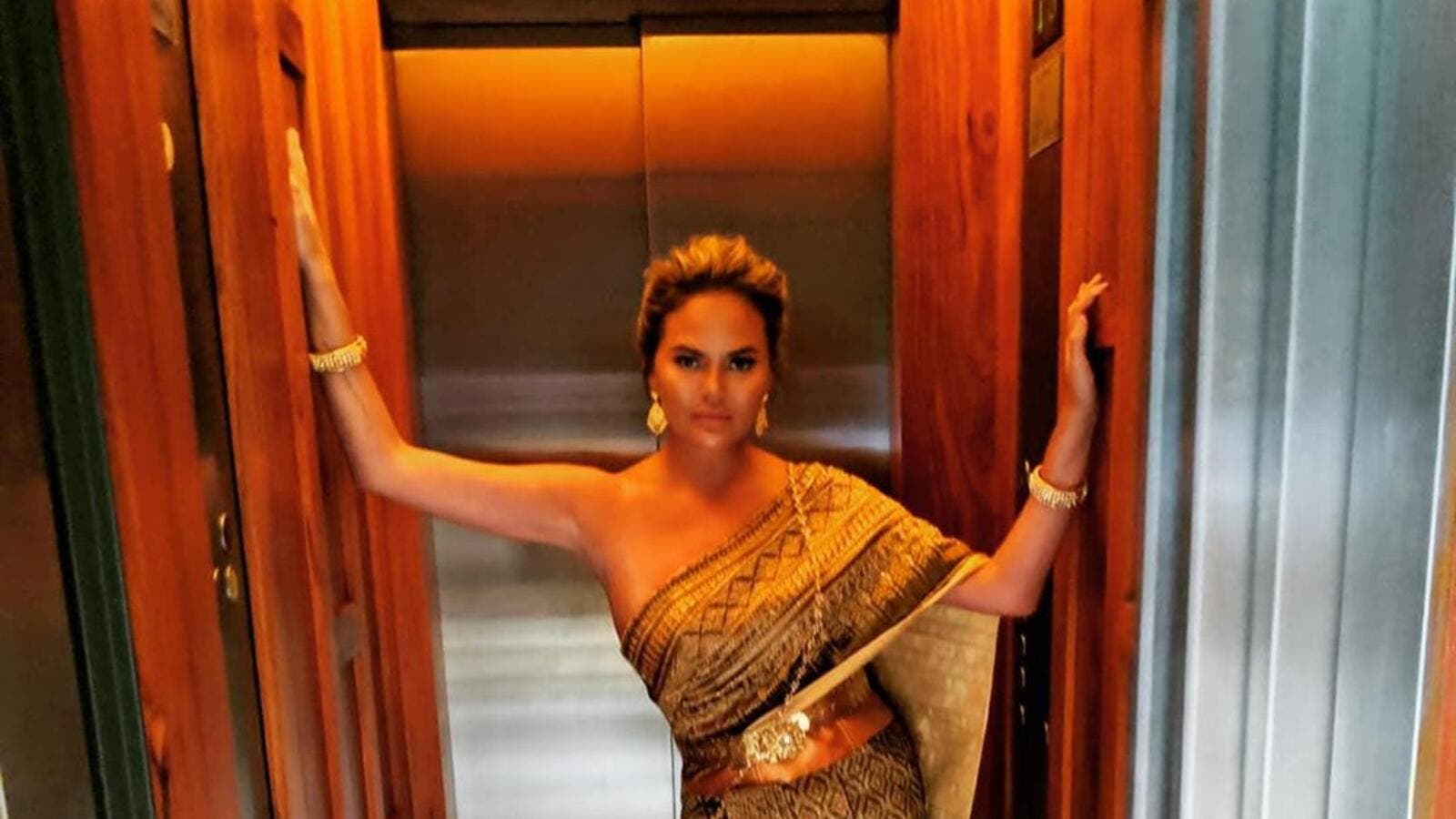 She is known for her candid, quirky and quick-witted persona online (Source: @chrissyteigen Instagram)

She is known for her candid, quirky and quick-witted persona online.

And Chrissy Teigen rang in her six year wedding anniversary as she shared a snap of her looking incredibly annoyed and bored while sitting next to her husband John Legend in Paris.

The Sports Illustrated model, 33, continued her amusing display as she revealed her musician other half had sent her a bouquet of stunning flowers - but hilariously proclaimed 'what the f*** as I supposed to do with this?' 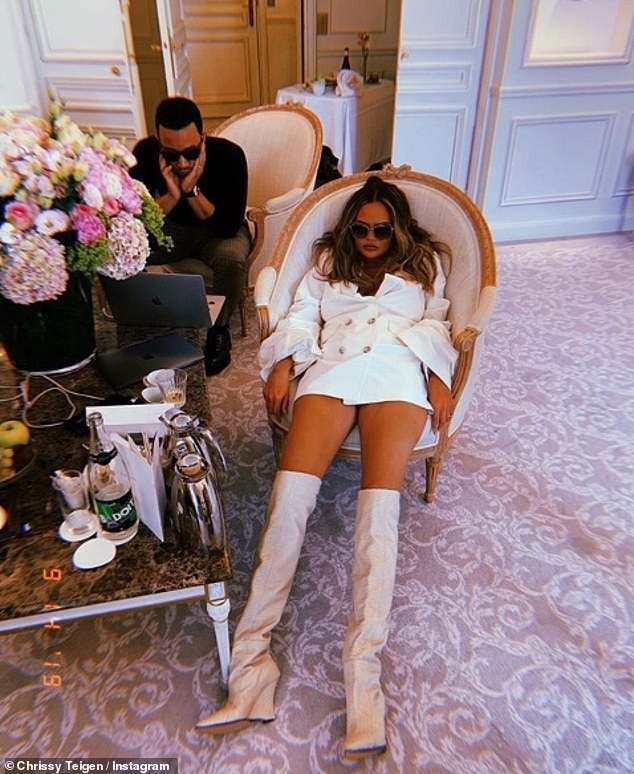 She clad the rest of her sensational figure in a double-breasted white blazer dress, while also sporting a glossy blowdry and shades.

Sitting with the bouquet of flowers, John, who shares two-year-old Luna and Miles, 16 months, with the beauty, sat next to her with his head in his hands. 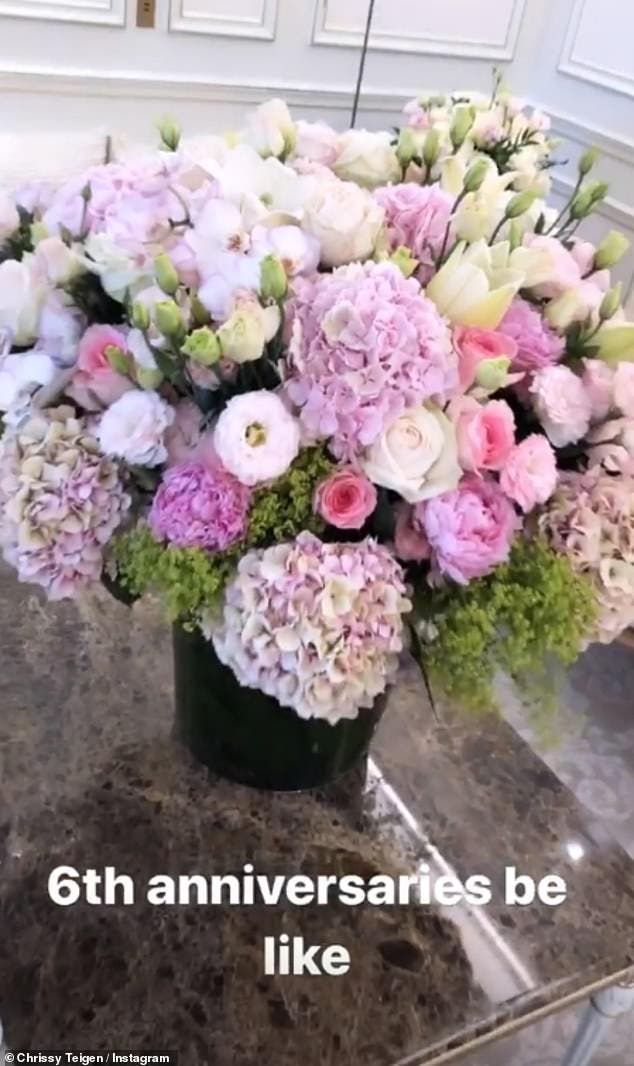 On her Stories, Chrissy was sat in a make-up chair getting dolled up while joking she didn't know what she was supposed to do with her bouquet.