Dancing With the Stars: Carole Baskin Gets Eliminated After Samba To Circle of Life From the Lion King

Carole Baskin went from Tiger King to The Lion King on Monday during Disney Night on Dancing With The Stars.

The 59-year-old big-cat rights activist became the second star to be eliminated after a weak samba with pro partner Pasha Pashkov, 35, to Circle Of Life from Disney's 1994 animated film The Lion King.

Carole and Pasha wore top-notch lion costumes and full hair and makeup to add leonine features, but stiff dancing landed them at the bottom of the leaderboard with just 12 points out of a possible 30 for their routine.

They faced elimination along with Anne Heche, 51, and her 30-year-old pro partner Keo Motsepe who earned 15 points for their quickstep to the song Zero To Hero from the 1999 Disney animated film Hercules.

New judge Derek Hough, 35, who voted to save Carole last week, could not do the same this week and cast his ballot to eliminate her.

He was joined by judge Bruno Tonioli, 64, who lodged the deciding vote sending Carole home.

Carrie Ann Inaba, 52, revealed to new host Tyra Banks, 46, that she also would have voted to eliminate Carole, but her tie-breaking vote wasn't needed.

'My husband will be so happy that I'm coming home,' Carole said after being eliminated.

Carole has been married to Howard Baskin since 2004 and they run the Big Cat Rescue animal sanctuary near Tampa, Florida with her as CEO and him as secretary/treasurer.

The big-cat activist got emotional in a video package showing her preparing for her samba with Pasha.

Carole praised Disney films for featuring animals 'living free' and noted that any wild cat born in a cage can't be released back into the wild because they were raised around people. 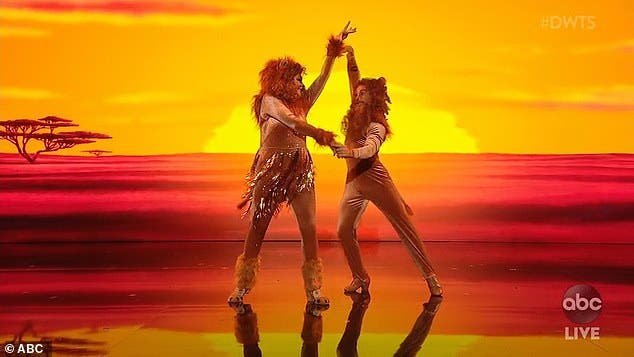 'On the sanctuary, we don't breed big cats because we know they don't belong in cages,' she said. 'Were gonna make their lives better than they have ever been before.

She fought back tears while adding, 'Yet at the same time, I know I can't give them the one thing they really, really want. And that is their freedom.'

Their samba routine opened with the familiar Zulu vocals from Circle Of Life and striking African savanna imagery, but the dancing didn't reach the level of their detailed costumes and staging.

'I am stunned. I actually have never, ever seen a samba like this one. I don't know where to begin. But, if you were dancing with the Brooklyn Bridge, you could get more bounce, you know. You just walked through it. Samba needs life, bounce, and energy. You can't just sleepwalk through a samba. I'm sorry, but that's what I feel, my love,' Bruno said before awarding them just three points.

Carrie Ann saluted Carole for the 'love' that she put into the dance, while Derek praised their hair and makeup. 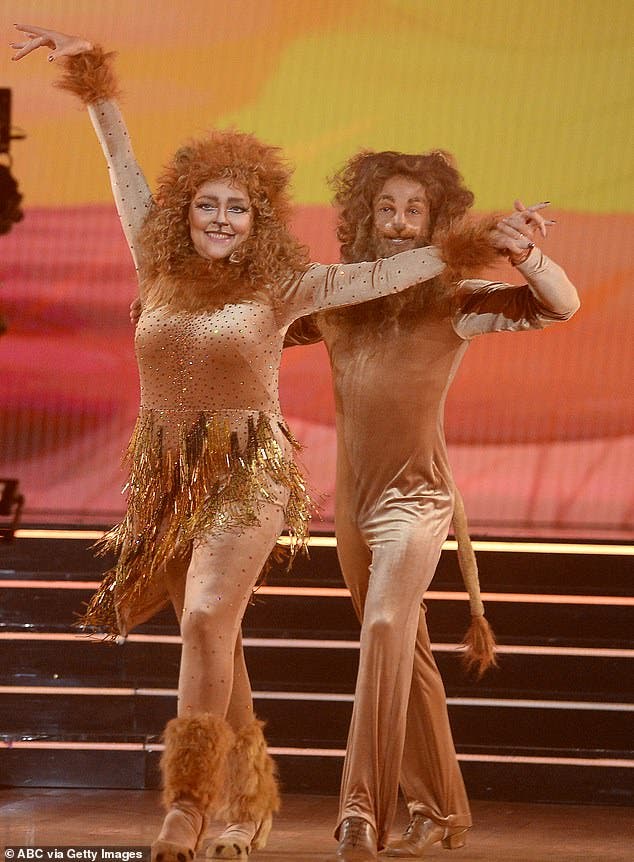 The two-hour episode opened with Tyra being welcomed to her first Disney Night by Mickey Mouse before she took center stage in a red Minnie Mouse-inspired dress.

Disney Channel star Skai Jackson, 18, and pro partner Alan Bersten, 26, performed first and earned 18 points for their jive dance to Almost There from The Princess And the Frog.

They were followed by Cheer star Monica Aldama and her pro partner Valentin Chmerkovskiy who received 21 points for their Viennese waltz to Part Of Your World from The Little Mermaid.

Justina Machado and Sasha Farber racked up 19 points for their Charleston to Supercalifragilisticexpialidocious from the Disney musical Mary Poppins.

AJ McLean and pro Cheryl Burke earned 21 points for their quickstep routine to Prince Ali from the 1992 animated film Aladdin. 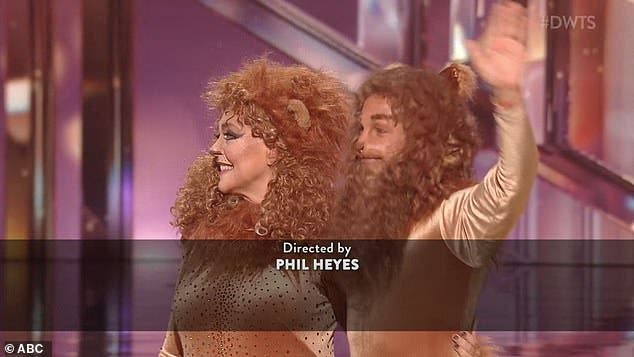 Jeannie Mai and pro dancer Brandon Armstrong danced afer Anne and Keo and received 22 points for their Viennese waltz to Married Life from the 2009 Pixar film Up.

Nelly and Daniella Karagach got 18 points from the judges after their Foxtrot to a cover of It's All Right by Jon Batiste from the upcoming Pixar film Soul scheduled for release on November 20.

The Bachelorette star Kaitlyn Bristowe, 35, and pro partner Artem Chigvintsev, 38, peformed after Carole and Pasha and received 23 points for their barefoot rumba to How Far I'll Go from Moana.

Vernon Davis and Peta Murgatroyd earned 22 points for their quickstep routine to Be Our Guest from Beauty And The Beast in which the former NFL star danced as the Candlestick.

Catfish host Nev Schulman and Jenna Johnson danced a boozy Argentine tango with a Pirates Of The Caribbean theme that earned them a leading 24 points from the judges.

Olympic figure skater Johnny Weir, 36, and pro partner Britt Stewart were up next and tied the leaders after earning 24 points for their rumba to Reflections by Christina Aguilera from the new Mulan movie on Disney Plus. 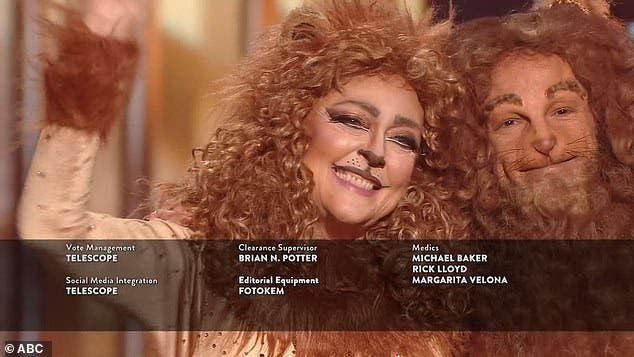 Jesse Metcalfe and Sharna Burgess then performed a jive dance to King Of New York from Newsies and got 20 points from the judges.

Chrishell Stause, 39, of Selling Sunset and pro Gleb Savchenko, 37, earned 22 points for their waltz to A Dream Is A Wish Your Heart Makes from the 1950 Disney film Cinderella.

Former NBA star Charles Oakley, 56, was the first to be eliminated last week.

Dancing With The Stars will return next Monday on ABC.