She's the mother of his 15th child.

And on Monday, the late DMX's fiancée Desiree Lindstrom revealed the large tattoo she has just got inked in tribute to the rapper, who died Friday at age 50.

Lindstrom got the phrase 'Dog Love' inked across her forearm with a big 'X' underneath it.

According to TMZ, Lindstrom believes a dog's love is unconditional like the love she shared with DMX.

The outlet also reported that she got Black Ink Crew alum Krystal Kills of NYC to do the tattoo.

Lindstrom and DMX shared a young son Exodus, who was born in August 2016, and got engaged in 2019. 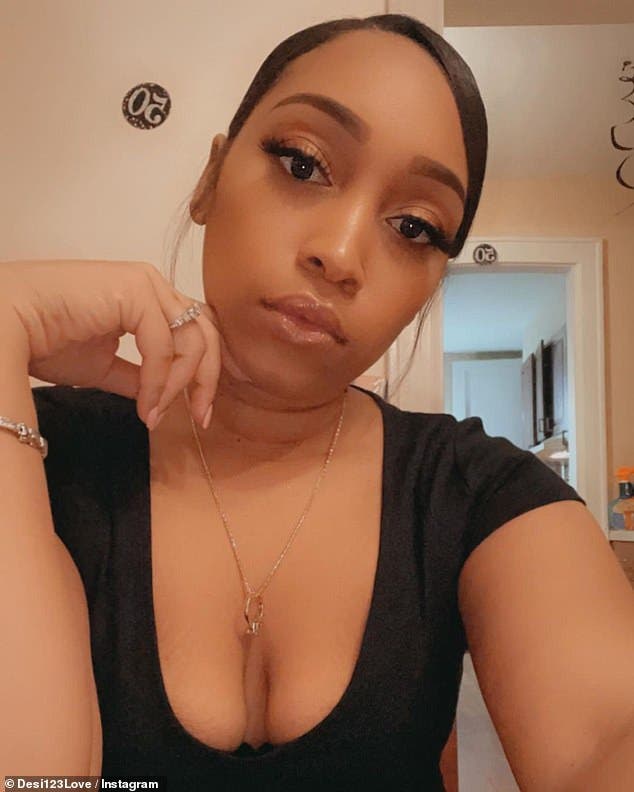 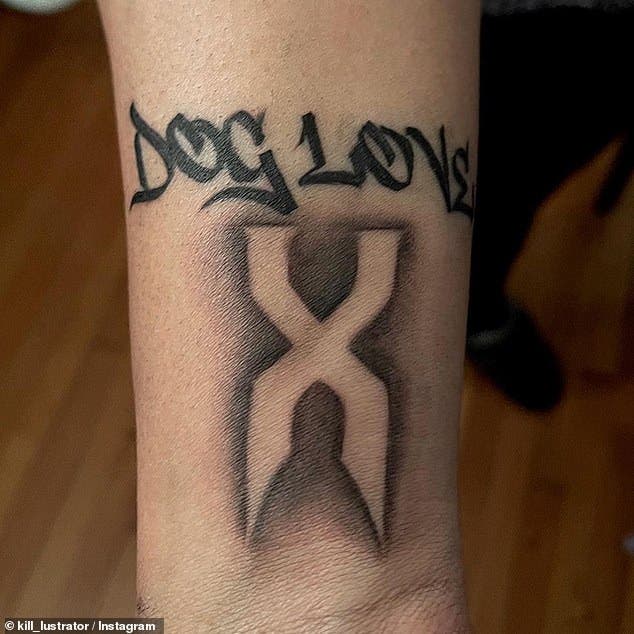 Meanwhile, the ex-wife of DMX, who passed away in hospital a week after a heart attack and alleged overdose, posted a moving tribute to him on her Instagram on Saturday.

Tashera Simmons, who had four children with her childhood sweetheart, was married to DMX from 1999 to 2010 and said they had remained friends.

Her video clip began as a celebration of her own 50th birthday, but she included heartwarming images of the rapper enjoying time with her and his children.

'Happy, happy birthday to me. April 10, 1971. Wow, what a ride. What a journey,' Simmons said via narration while sharing some childhood photos of herself.

'As I close up the last 50 years of my life, I rejoice and I thank God for everything it has taught me. The journey that it took me through. The hurt, the pain, the triumph, the resistance, the resilience, the learning lessons, the relationships, the power.'

She turned the focus toward her recently departed ex-husband DMX.

'I celebrate my life today grateful to God for the 50 years He has given me. But now I also celebrate my ex-husband, my best friend, my spiritual partner, my mentor. But I also thank God for his life and his peace. And his journey and his life lessons that were passed on and that will live on for generations to come.'

The hitmaker was pictured in vintage photos with his ex-wife, including some photos of the two looking loved up from their wedding in 1999.

She beamed next to him in her white lace wedding gown, while another cute photo showed her feeding him a forkful of their wedding cake.

The photos highlight just how important family was to DMX as he held his children and shared loving embraces with them.

Although much of the video was solely devoted to her own life, Simmons found room for photos of the former couple having fun together, including one picture of him showing her how to ride a four wheeler. 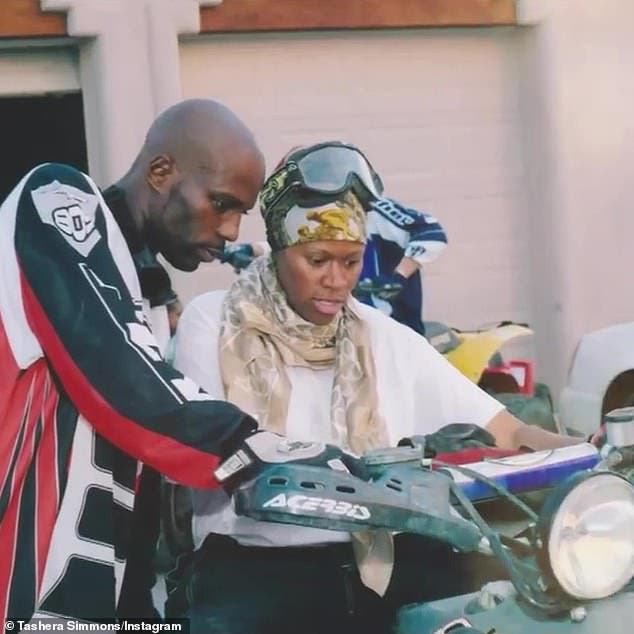 Simmons announced their separation in 2010, and she filed for divorce in 2010.

Following the rapper's death tributes popped up across the country to him and his era-defining music.

He spray painted a black and white closeup of the musician, along with his professional moniker in stylized red letters.

The New York–born rapper was remembered in his home town with a marquee on the iconic Apollo Theater marking his life and death.

The rapper DMX died aged 50 on Friday, a week after his heart attack and reported overdose.

His family confirmed the news in a statement saying: 'We are deeply saddened to announce today that our loved one, DMX, birth name of Earl Simmons, passed away at 50 years old at White Plains Hospital with his family by his side after being placed on life support for the past few days.'

The news came after it was reported Friday that his vital organs had failed, that he had 'not regained any brain function' and that his condition had not improved after a series of tests that were performed on Wednesday at White Plains Hospital, New York.

'Earl was a warrior who fought till the very end. He loved his family with all of his heart and we cherish the times we spent with him,' the statement, shared via People, continued. 'Earl's music inspired countless fans across the world and his iconic legacy will live on forever.'

'We appreciate all of the love and support during this incredibly difficult time. Please respect our privacy as we grieve the loss of our brother, father, uncle and the man the world knew as DMX. We will share information about his memorial service once details are finalized.'

The tests had reportedly left his family with the agonizing decision over whether to keep the 50-year-old entertainer on life support.

White Plains Hospital released an additional statement which read: 'White Plains Hospital extends its deepest condolences to the family of Mr. Simmons, as well as his friends and legions of fans who expressed their unwavering support during this difficult time. Earl Simmons passed away peacefully with family present after suffering a catastrophic cardiac arrest.'

TMZ reported that the tests had proved there was 'no improvement in brain activity' since the rapper was first rushed into hospital last Friday, after he was deprived of any oxygen for nearly half an hour.

The test results had been described as 'not good' in the Thursday report. His family requested that longtime friend and former manager Steve Rifkind fly to New York on Friday to be by his side.

TMZ reported Monday that some of DMX's 15 children had been visiting him in the hospital.

Later that same day, a prayer vigil was held by family, friends and fans outside the hospital where DMX was receiving care in White Plains, New York.

DMX has been holding on to life for several days after allegedly overdosing and subsequently having a heart attack.