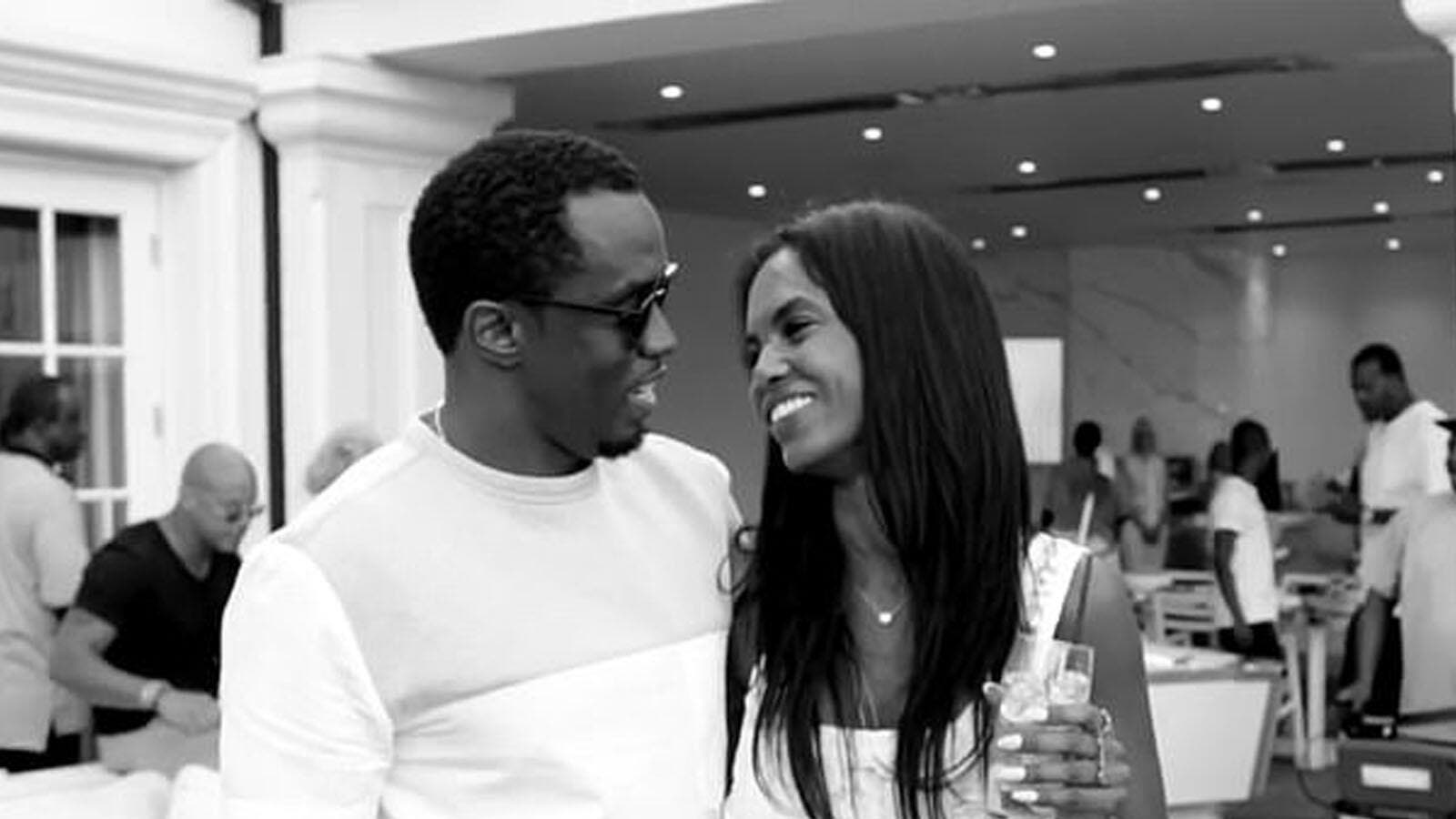 The tender black and white video showed clips of the pair singing and dancing together
Highlights
This weekend, Diddy's birthday party wasn't just about him.

The rapper/mogul took to social media to honor late ex Kim Porter, whose 49th birthday would have been Sunday, December 15.

'HAPPY BIRTHDAY BABY @ladykp,' he wrote over the top of an Instagram tribute to the late talent, which went on to say 'Words can’t explain how much we miss you but today is your birthday. We’re celebrating you today! We love and we miss you!!!!!'

The tender black and white video showed clips of the pair singing and dancing together before a group of loved ones finished with a rendition of Happy Birthday.

The video ended with text on screen reading: 'Happy birthday Kim! We will always love you...'

In order to commemorate his life, Diddy - whose actual birthday was early last month - postponed his party to coincide with Porter's 49th, according to People.

And the function was truly a tribute to remember.

There, Diddy - real name Sean Combs - was joined by him and Porter's twin daughters.

Inside the bash, presented by Ciroc vodka and held at his $40million Holmby Hills mansion in Los Angeles, cannabis products along with McDonalds food was on offer as party gifts.

And while he was pictured alongside a whole host of the world's biggest celebrities including Beyonce, Jay Z, Cardi B, Post Malone and Snoop Dogg among others, it was his pictures with his two young daughters that he was holding most dear.

In April this year, Diddy opened up to Essence magazine  about his final chat with the model and actress.

'She had the flu, and she sent the kids over to my house so they wouldn't get sick,' he said.

'One night I was checking on her, and she was like, 'Puffy, take care of my babies.' ' She actually said that to me before she died.'

He said he 'jumped into mommy mode' to make sure their children didn't learn of her death from social media.

'My family was always first, but there are countless times when I chose work over everything else,' Diddy added.

'But every day I can hear her telling me to go and spend some time with the kids and make sure everybody's all right, like she would do. I'm just a lot more present, and, most important, now my kids come before anything else in my life.'

Diddy is also the father of Justin, born 1993 to designer Misa Hylton-Brim. His daughter Chance was born to Sarah Chapman five months before his twins with Kim.