Published March 17th, 2021 - 08:27 GMT
MailOnline has contacted Drake and Kim's representatives for comment.
Highlights
'He's ready to see her whenever she says the word': Drake 'hopes to pursue romance with newly-single Kim Kardashian' amid her divorce from Kanye West

Drake reportedly has set his sights on Kim Kardashian, who has become newly-single after filing for divorce from husband Kanye West last month.

The rapper, 34, is said to have started messaging the Keeping Up With The Kardashians star when it was clear her marriage with Kanye was ending.

It comes after Drake cryptically mentioned Kanye on his new song Wants and Needs, sparking fans to question whether the Hotline Bling hitmaker and Kim, 40, had a fling previously.

A source told Heat: 'Drake could never understand what Kim saw in Kanye - he was saying for years how he wasn't the right guy for Kim and it would all end in tears.

'He was surprised it took her so long to realise, and started messaging her the moment it became clear that the divorce was inevitable, he's ready to see her whenever she says the word, basically, and he's confident that will happen fairly soon.'

However the insider told the publication, Kim isn't interested in pursuing a relationship with anyone just yet.

They said: 'Kim's wary about getting involved with someone else too fast before the divorce is settled.'

MailOnline has contacted Drake and Kim's representatives for comment. 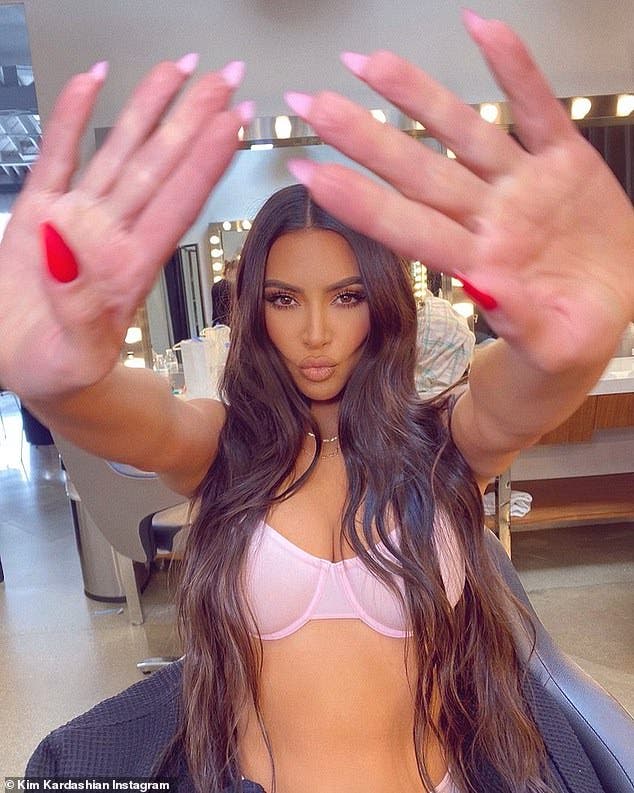 Earlier this month, Drake got fans speculating about a rumoured affair with the reality star after releasing his new song Wants and Needs.

He name-checked Kanye West on the track: 'Yeah, I probably should go link with Yeezy, I need me some Jesus / But soon as I started confessin’ my sins, he wouldn’t believe us.'

The song, released as one of the three tracks on his new EP Scary Hours 2, is the latest chapter in Drake's long-standing feud with the 43-year-old rapper.

Although Drake never mentions Kim by name on the record, social media immediately started buzzing that the Canadian artist was referring to a possible liaison with the television personality.

The track comes after it was widely speculated that Drake suggested he and the Keeping Up With the Kardashians starlet had a fling on his 2018 track In My Feelings.

He famously repeats the line 'Kiki, do you love me?' on the hit song, leading fans to point out that Kiki is a nickname Kim's sisters sometimes use for her.

Drake also spit bars the 2018 song Can’t Take a Joke about taking an 'UberX to Hidden Hills' to 'give me somethin’ I can feel', suggesting he was poking fun at the fact that he was neighbours with the estranged couple in the same Calabasas enclave.

'The fact that there’s people making rumours or thinking you f****d my wife and you’re not saying nothing and you’re carrying it like that, that don’t sit well with my spirit,' he said.

Kim filed for divorce from Kanye last month, after almost seven years of marriage. The former couple have yet to comment on the new song.

The former pair have a combined $2.1B in assets but signed a prenup ahead of marriage, additionally both owning and operating their respective businesses including Yeezy, SKIMS and KKW Beauty, which makes splitting finances easier.

Ahead of the legal split, they had been leading separate lives for months with little communication after their dynamic reportedly became 'downright toxic'.