Dunia Batma Steals an American Mother's Baby's Picture From  Instagram Then Brazenly Blocks Her.. Check It Out

She hides her newborn from the public but posts other babies pictures as her own!

We have one question to Dunia Batma: What are you doing?!

Many celebrities choose to keep their children away from social media and the public eye, just like Myriam Fares hiding her son Jayden's face but sharing every bit of his younger brother Dave Mitri.

Moroccan singer Dunia Batma follows Myriam Fares's footsteps but in the opposite, she hides her newborn Laila Rose and shares pictures of her elder daughter Ghazal.

However, Dunia has recently broken the privacy rule of Laila Rose and shared a cute picture of her sad face.

Well it turned out that Batma didn't actually break the privacy rule as she used another baby's picture randomly picked from Instagram.

Luckily, the mother of the baby caught Dunia.

It turned out the baby's name is MJ and he's a boy not a girl. MJ's original picture was posted by his mother Bethani on @b3fm1 Instagram account. 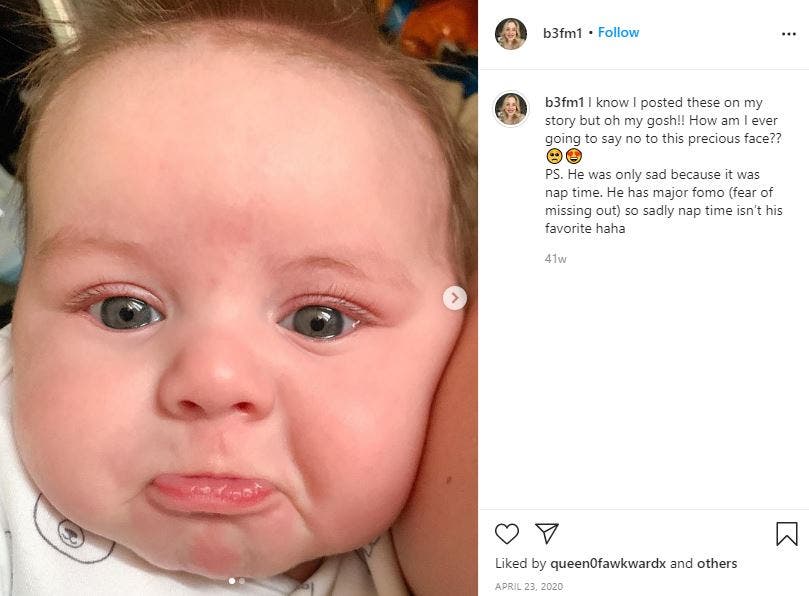 Bethani then posted a video via Instagram Stories laughing and saying that 'the Moroccan singer took MJ's picture and even blocked her.'