Dwayne 'The Rock' Johnson says he would consider running for President of the United States if he felt he had enough support.

The pro wrestler turned Hollywood star confirmed his interest in transitioning  into politics in an interview for Sunday Today with Willie Geist.

'I do have that goal to unite our country and I also feel that if this is what the people want, then I will do that,' Johnson, 48, said in a teaser clip aired on Monday's Today.

The actor didn't specify which political party he would represent of when he might launch a presidential bid.

Alongside a screenshot of the article, The Rock wrote on Instagram on Saturday that he was 'humbled' by the poll finding. 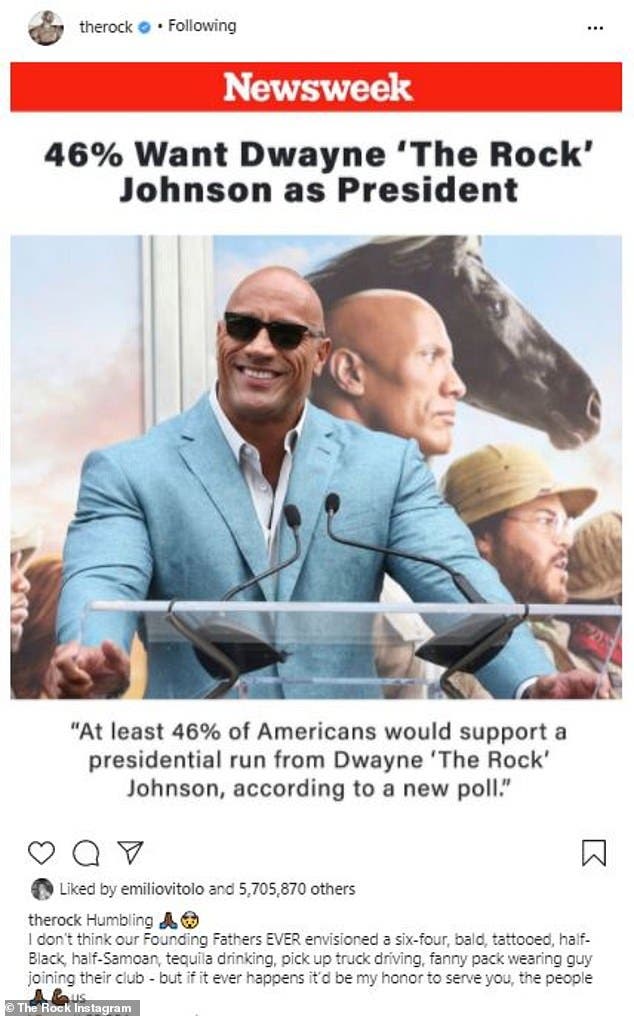 'But if it ever happens it´d be my honor to serve you, the people.'

Johnson, whose credits include the rebooted Jumanji movie franchise and the upcoming Disney Jungle Cruise movie, is the latest celebrity to consider a political career.

Meanwhile, actor Matthew McConaughey and transgender icon and reality star Caitlyn Jenner are reported to be weighing potential runs for governor in Texas and California respectively.