It has been reported that Kim Scott was taken to hospital following a suicide attempt.

Scott had cut herself after it was found that she had multiple small lacerations on her leg with a significant amount of blood on the floor.

She was rushed for a psychological and medical evaluation but has since returned home for recovery.

This is not the first time Kim has attempted suicide, in May of 2016, she revealed that her 2015 DUI was actually a suicide attempt.

She had flipped her black Cadillac Escalade while driving and crashed into a utility pole and said her actions were intentional.

Scott shared that she had drank a five of Malibu rums and also took pills at the time before driving her car.

Eminem has repeatedly mentioned Scott in his songs, as he rapped that he wanted to kill her and put her in the back of his car. 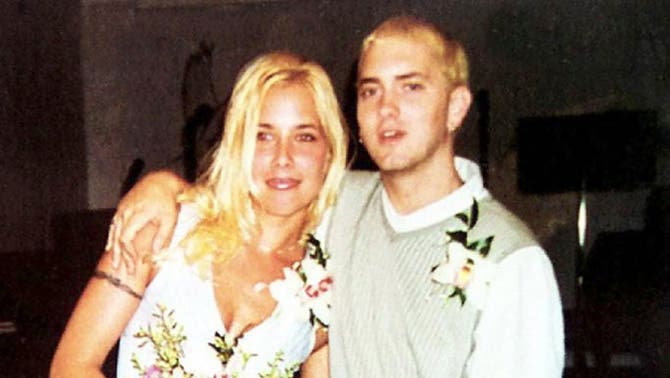 In 2000, after the track's release, Kim took Eminem to court to try to stop him from rapping about her anymore, and sought $10million  in compensation for 'the intentional infliction of emotional distress.

She also sought to prevent her then-estranged husband from having even partial custody of their daughter Hailie - then four.

The pair later reached a settlement in the case and agreed to joint legal custody of Hailie.

However, he apologized in his song Bad Husband, saying “I’m sorry, Kim. More than you could ever comprehend. Leaving you was f***ing harder than sawing off a f***ing body limb''

Kim and Eminem dated in high school and said their I do's in 1999, but divorced two years later, however, the couple remarried in January of the year  2006 but had broken up again by April.