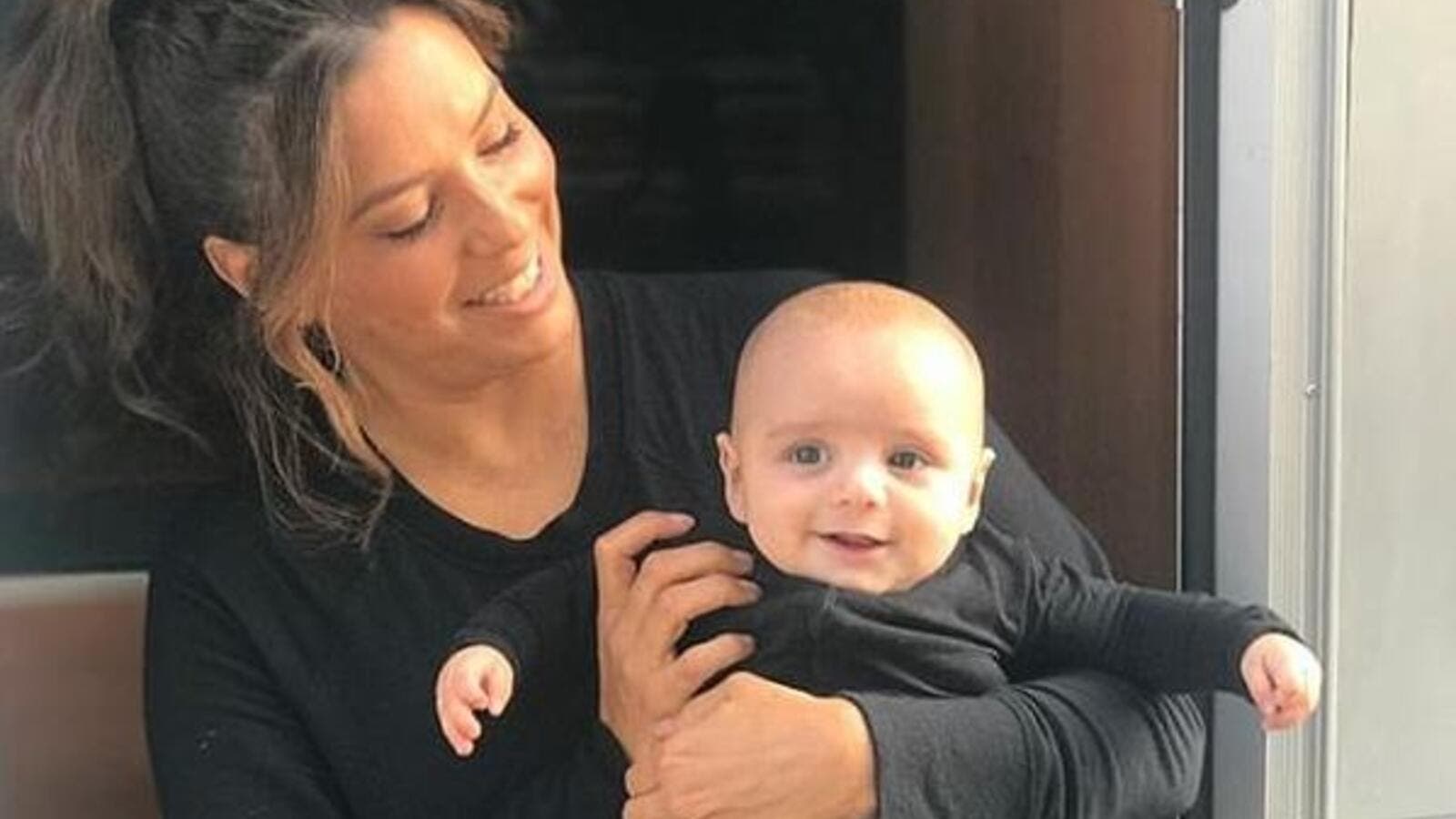 She's taken her new baby Santiago to Australia with her, while she's filming for her role in Dora the Explorer's live action remake.

And Eva Longoria, 43, took a much deserved break as she headed to pamper herself at the Beauty Park Medical Spa in Brentwood, Perth on Thursday.

The Desperate Housewives actress giggled on the phone as she prepared for a day of relaxation, wearing a striped blue and white shirt and white jeans.

The mother-of-one paired the bright white trousers with box-fresh trainers and minimal jewellery.
She clutched her car keys and opted for a low-key make-up look protecting her eyes from the Australian sun with a pair of dark sunglasses.

Eva has been busy balancing her role in the live-action feature of Dora The Explorer and life as a new mum.

The Brooklyn Nine-Nine star is set to play Dora's mother Elena in the film based on the character from the popular Nickelodeon TV series.

And Eva has been over the moon since giving birth to Santiago, and has been delighting fans with non-stop snaps of her firstborn child.

The actress and her husband Jose Baston welcomed Santiago on June 19, 2018.

Back in August, she gushed to E! News about her beau.

'Just going on a new journey with him and being a witness to his life is pretty exciting,' the Texan-born beauty said.

On Sunday, she shared another heart-melting snap of life as a new mother as the pair wore matching black outfits.

'Wear Black to Work Day!' Eva captioned the sweet snap, along with a heart emoticon and the hashtag #BabyBaston.

Last week, Eva flashed back to her years on Desperate Housewives—which aired from 2004 to 2012—with an Instagram post.

'This picture means so much to me. It was the premiere party of Desperate Housewives. Season One. The beginning,' she wrote.

'I had no idea what a big deal this show would be. Of all the things that have happened in my life, this was one of the most memorable moments I will never forget.

'(You can tell because I'm the one with the biggest, dorkiest smile while the others look calm and collected!)'

For years, Eva has denied any rivalry between her and Teri, but the Texas native seemed to shade Hatcher when she refrained from tagging her in the post.

'You know, Teri was just a loner. I don't know. Me and Marcia [Cross] and Felicity [Huffman] were a lot closer because we are just girlie girls who like to be in each other's company. Teri didn't,' Longoria told OK! back in 2012.

'There was no bad blood, I think that was just the way it was.'