Faia Younan Lights Up the Stage at Dubai Opera 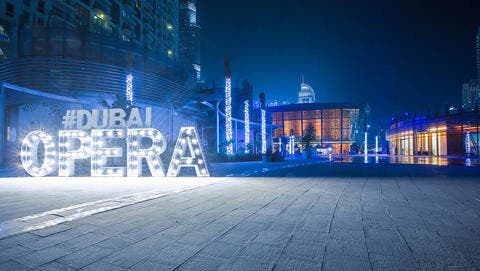 Coloring the summer nights with uplifting and classy musical performances, Dubai Opera's July performances program has been a great delight to all attendees.

From Lebanese standup comedies, to classical music to independent singers like the Syrian beauty Faia Younan, who dazzled the Dubai Opera audience in her Thursday performance, and leading to the great superstar Ragheb Alama who will be performing on 15 and 16 of this month.

A post shared by Dubai Opera by Emaar (@dubaiopera)

Faia Younan was born on 19 June 1992 to an Assyrian Christian family in the village of Al-Malikiyah, Syria, and grew up in the city of Aleppo. At the age of eleven she moved to Sweden with her family and settled there until she moved to Scotland in 2010 to study Social Sciences; Economics and Business in the Glasgow University. In spring 2015, she decided to become a professional singer and she moved to Beirut to commit to Arabic music.

After publishing the video she created with her sister Rihan, titled "To Our Countries" and which went viral on YouTube and received exceptional attention, Faia found a big support and an audience encouraging her to continue her journey in singing.

The success of the video had the biggest impact on her decision on turning singing from merely a hobby to a full-time commitment. After a successful crowd funding campaign, Faia released her debut single "Ohebbou Yadayka" (I Love Your Hands) followed by two other singles. "Ohebbou Yadayka" crowd funding campaign got Faia, in association with her manager Houssam Abdul Khalek, to Guinness World Records as the first middle eastern artist to crowd fund her debut song. This makes Faia the first female artist from the Arab World to enter the Guinness World Records Book.

"A sea between us"—Faia's debut album and contains 9 songs.

In march 2019, Faia started releasing her second album ”Tales of the heart” digitally. The album contains 8 songs, referred to as tales, since each song is unique in musical genre and topic.

In both of her albums, Faia worked with Houssam Abdul Khalek as a music producer and creative director and Rayan Habre as a music arranger.

A post shared by Dubai Opera by Emaar (@dubaiopera)

Dubai Opera is the definitive destination for performing arts in Dubai, bringing arts and music to life like never before.

Located at what’s billed as ‘the most prestigious square kilometre in the world’ in Downtown Dubai, Dubai Opera is the radiant centre of culture and arts in Dubai and the shining pearl of The Opera District.

Dubai Opera passionately embraces its role as the creative heart of the city, producing and hosting the most beautiful, most authentic, and engaging performing arts experiences from Dubai and the world.