Lebanese Singer Haifa Wahbe's Agent Mohammad Wazeeri was put behind bars earlier for a 5 year-long period for two charges, mismanagement, and fraud as he owes the singer 63 Million Pounds.

After ''Qasr al Nil'' court rejected the lawsuit to prove the marriage of Wazeeri to Wahbe, the former's defense said that he is in the process of instituting a defamation lawsuit and compensation for damages to his client Mohammad's reputation.

The Public Prosecution sent the accused to criminal trial, after receiving investigation by the security services that proved the accusations against Haifa's agent. 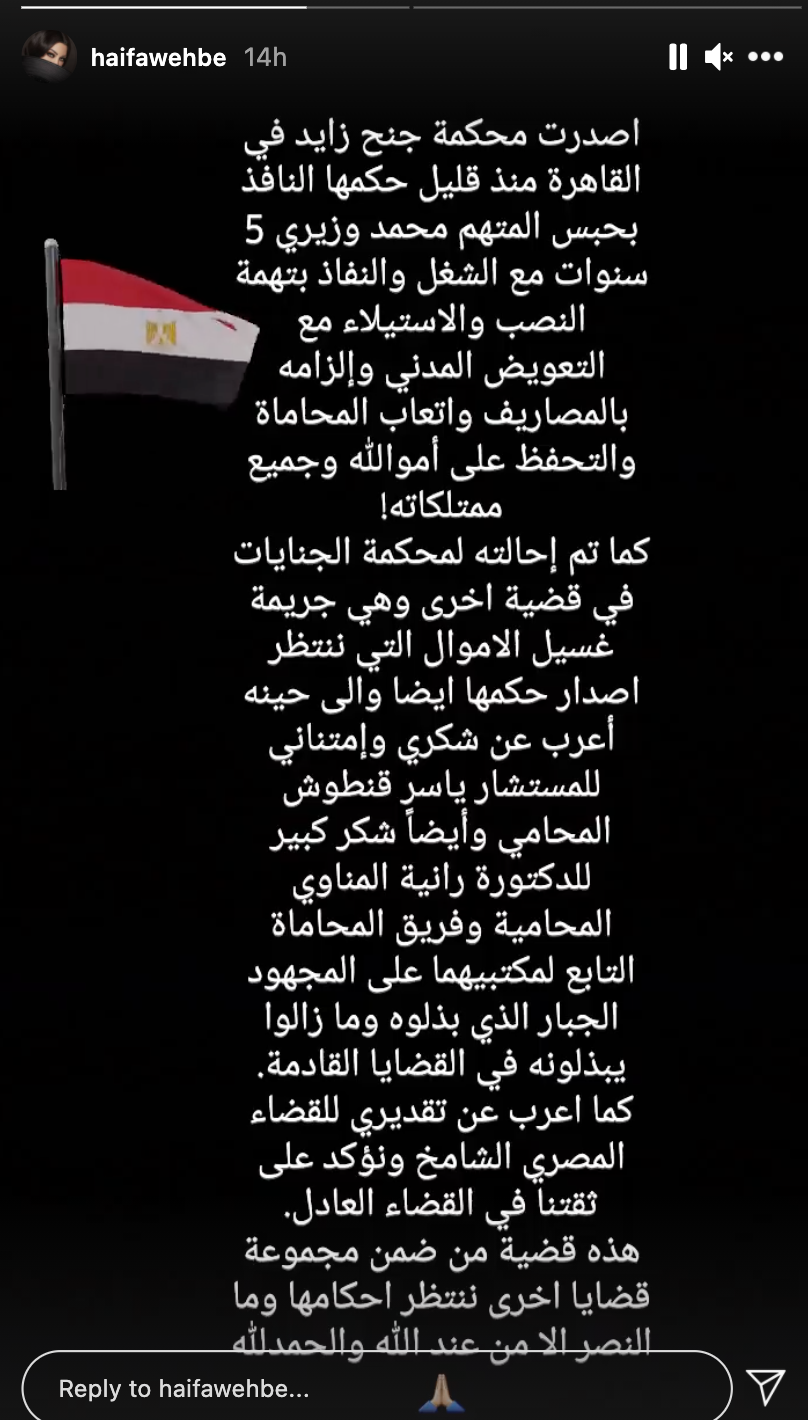 This incident comes after the judge imprisoned Wazeeri for 15 days back in October 6th pending investigations, conducted by the Public Prosecution on charges of stealing money from Haifa Wahbe.

''Qasr al-Nil'' court rejected the lawsuit submitted by the Egyptian composer to prove his marriage to the Lebanese artist, especially since he did not present an official document proving his marriage despite the court's sessions being postponed more than once.

Mohammad filed the lawsuit in an attempt to prove the marriage to the court; after he was accused by Haifa of stealing her money and property.

Wahbe had submitted an official document of her previous works against Wazeeri and accused him of withdrawing big amounts of money from her account in Emirates NBD bank and depositing them in his account without her knowledge.

Haifa wrote a thank you note on her social media accounts acknowledging the support of her lawyers and judiciary system.