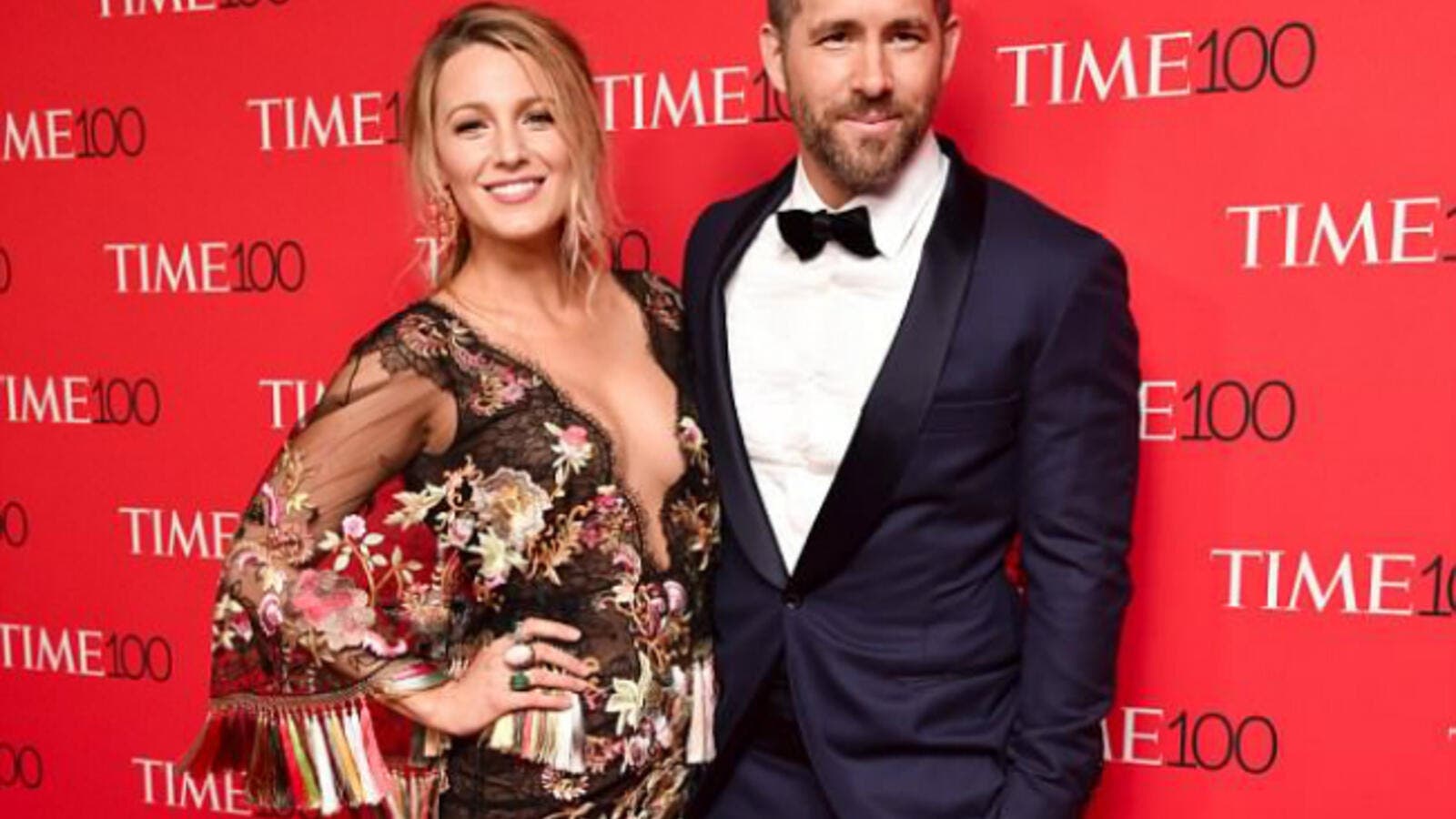 Funny: Ryan Reynolds, 41, took to Twitter on Saturday to address the claims that he and his 30-year-old wife Blake Lively were struggling to find quality time to spend together (Source: Stephen Lovekin - REX - Shutterstock)

There were claims that things were rocky between he and wife Blake Lively.

But Ryan Reynolds put an end to that speculation the only way he could.

The 41-year-old actor took to Twitter on Saturday to address the claims that he and his 30-year-old wife were struggling to find quality time to spend together. 'I wish. I could use a little "me time"': Ryan showed off his signature wit once again as he retweeted an article with this message

Ryan showed off his signature wit once again as he retweeted an article with the message: 'I wish. I could use a little "me time".'

This comes just a week after the couple were spotted making a rare red carpet appearance together in New York.

The couple turned out to support friend Stanley Tucci at the premiere of Final Portrait, a film he wrote and directed.

Blake and Ryan put on a flirty show as they posed for photos together with Ryan keeping a tight hold on his wife of six years.

Blake looked stylish as always in a black and white check dress with long sleeves and cut outs at the top of the bodice.

The asmymmetrical hemline showcased her legs and she added strappy black sandal heels.

Her long blonde hair was loose and styled in gentle waves and she kept her make up low key with mascara, a touch of blush and some red lip color.

Ryan was dapper in a dark gray suit with skinny pants and tailored jacket along with a white shirt and striped tie.

The loved-up couple, who have two daughters, couldn't keep their eyes off each other.

The two were very touchy-feely and were snapped gazing into each other's eyes.

The Deadpool star has been pals with Tucci since they starred together in the 1997 film The Alarmist when Ryan was still a young actor trying to make a name for himself.

Tucci, 57, was accompanied to the premiere by his wife Felicity Blunt, 37, the sister of actress Emily Blunt.