A recent video circulated that features Kuwaiti actress Hind Al Balushi nude, and in the shower. 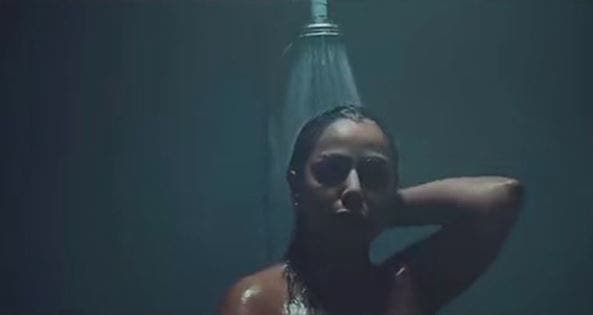 Social media users managed to circulate the video, and share it to multiple accounts, to discuss Hind Al Balushi's bold scene, as many considered the shot 'inappropriate'.

The shot was a medium large shot with a headroom, and Hind can be seen from the chest up, and topless as she stands under a shower head with water falling on her as she showers.

The Middle East audience considered the shot unnecessary and against Arab customs and traditions, and many social media users went on to attack the artist.

One wrote: 'this scene should be deleted, what the hell they were thinking? shooting a scene like that?'

Another user commented: ''ٌReally? how did she agree to shoot a scene like that?'', a different user said: ''A disrespectful scene, instead of shooting a scene that represent our society, they shoot a scene that is a disgrace and ruins an image for our children''

Many of the audience questioned the name of the series in which this shot is from, and whether its from a new series or from the series 'Set Al Hussan' where Hind Al Balushi stars alongside Kuwaiti artist Huda Hussain.

'Set Al Husson' tells the story of a woman who gets involved in many murder cases of the women in the neighborhood who live and work in Al-Atara, 'Set Al Husson' is aired on online streaming platform 'Shahed'.

'Cash No More': Digital Payments Boom in the Middle East