James Van Der Beek Says in Emotional Appearance on Dancing With the Stars: 'We Lost the Baby'

James Van Der Beek says his wife Kimberly suffered a miscarriage, as she was expecting their sixth child.

'My wife Kimberly went through every expectant parent's worst nightmare - we lost the baby,' the actor, 42, said on Monday's edition of Dancing with the Stars.

Van Der Beek, who is a contestant on the current season of the ABC dance competition with partner Emma Slater, said he was almost going to sit this week out.

'The little soul that we had expected to welcome in our family took a shortcut to whatever lies beyond,' the Dawson's Creek alum said. 'You never know why these things happen. That's what I've been telling my kids. All you know is that it brings you closer together.'

Van Der Beek, who shares five children with Kimberly - Olivia, nine, Joshua, seven, Annabel, five, Emilia, three, and Gwendolyn, one - went into detail about the heartache he was experiencing in the wake of the family tragedy.

'It breaks you open, it opens up your heart, it deepens your appreciation,' he said. 'It makes you more human. I really didn't think I would be dancing tonight, but Kimberly from her hospital bed said to me, "I am not done watching you dance."'

The emotional actor said to his spouse, 'Kimberly, I love you.' 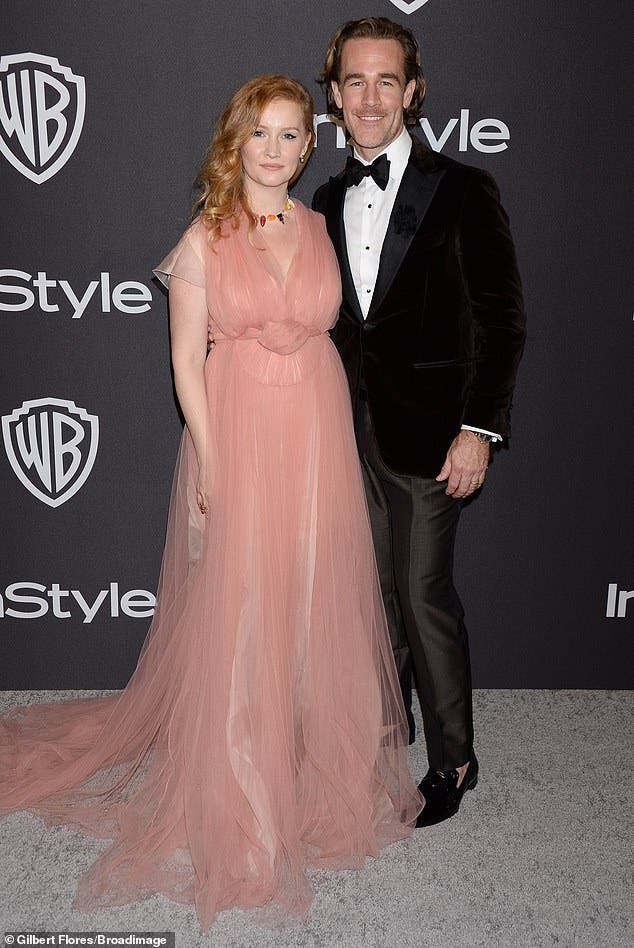 Kimberly, 37, took to Instagram Monday to share a clip of the family and an update on how she was doing.

'It was a TOUGH weekend,' said the 37-year-old, who exchanged vows with the actor in August of 2010 at a Kabbalah Center in Tel Aviv, Israel. 'Extra thankful right now to have help with my kids. Keeping these cuties happy as can be while I replenish at home.'

James also took to Instagram after the broadcast with a pair of shots of Kimberly recuperating in a hospital bed with their eldest daughter Olivia by her side.

'Wrecked. Devastated. In shock,' James said. 'That’s how we’re feeling right now after the soul we thought were going to welcome into our family in April... has taken a short cut to whatever lies beyond this life.' 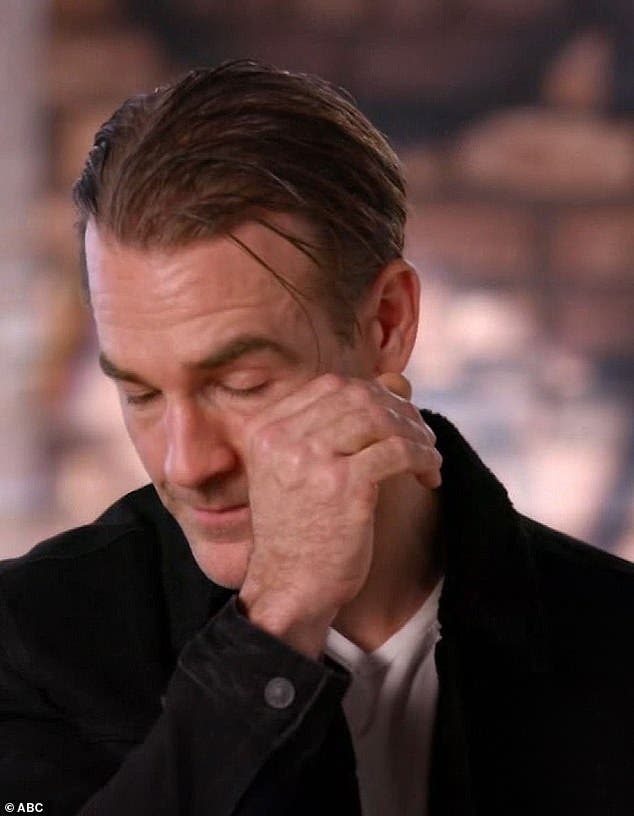 James addressed how Kimberly had past suffered three miscarriages, around the 10 weeks gestation mark.

'We’ve been through this before, but never this late in the pregnancy, and never accompanied by such a scary, horrific threat to @vanderkimberly and her well-being,' he said. 'Grateful that she’s now recovering, but we’ve only just begun unpacking the layers of this one.'

James expressed his gratitude to those who have been supportive amid the emotional time frame.

'Thank you to all of our friends and co-workers (and dance partners) who have shown up for us so beautifully during this time,' the actor said. 'As many of you have said, "There are no words..." and it’s true. Which is why in a time like this it’s enough to know that you’re there. Grieving AND counting our blessings today.'