Jennifer Aniston penned a hilarious and heartfelt tribute to her longtime friend Paul Rudd over Instagram on his 52nd birthday, which poked fun at his youthful looks.

'Happy birthday #PaulRudd!! You don't age, which is weird - but we celebrate you anyway,' the Golden Globe winner, 52, wrote along a still from their 2012 comedy, Wanderlust.

She also shared photos of their joint GQ cover story that were also published in 2012 to promote the film, which showed them in a playful pillow fight and under the covers. 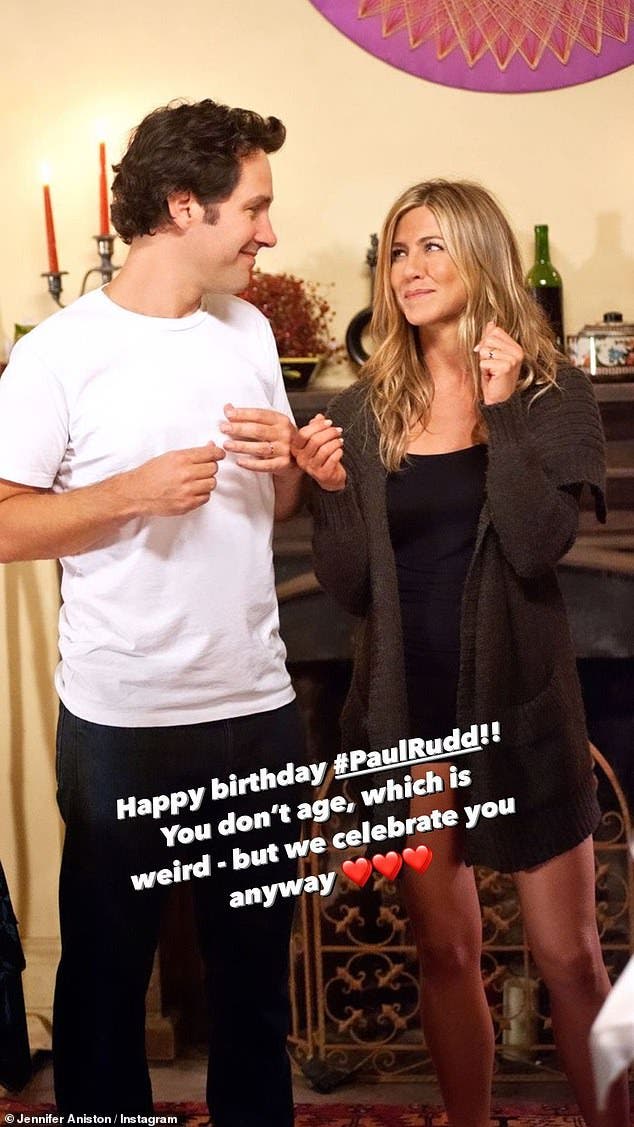 'I love you!!!!' she gushed, before sharing a GIF of them hugging.

The duo have previously shared the screen in The Object of My Affection (1998) and seventeen episodes of her hit series Friends, in which he played Mike Hannigan, Phoebe Buffay's love interest 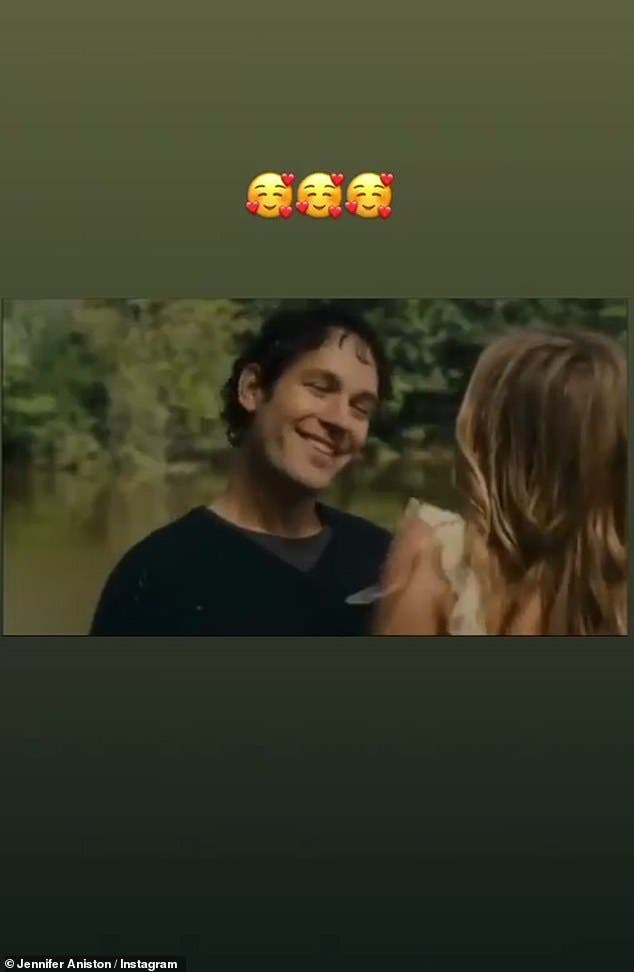 'Happy birthday, Paul Rudd! Did I find the secret behind your eternal youth?' The Avengers star, 53, captioned a snap of Rudd wearing his Ant-Man suit of armor and the powerful Infinity Gauntlet.

The Iron Man 3 actor's fans commented in agreement, with one writing: 'This man turned 52 and still hasn't aged at all.' 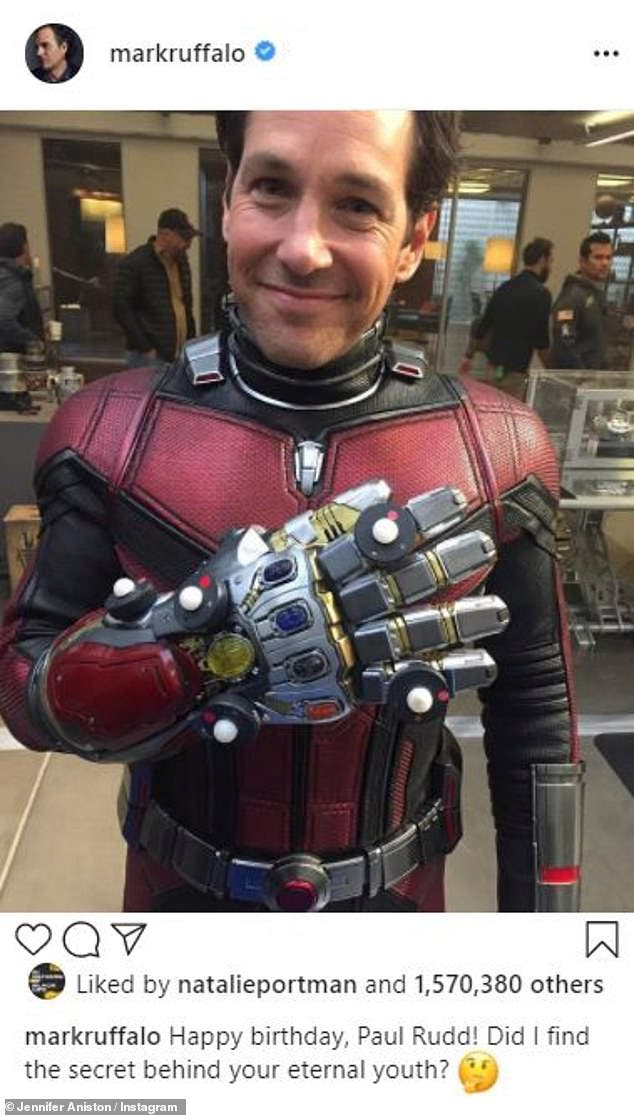 Meanwhile, Elizabeth Banks tweeted a sweet message to Rudd, which described him as her 'forever favorite on-screen boyfriend/brother.'

Rudd's fans will next see him in the upcoming supernatural comedy-drama Ghostbusters: Afterlife, which is set to be released on June 11, 2021.

His highly-anticipated film comes out exactly 37 years after the release of the original Ghostbusters. 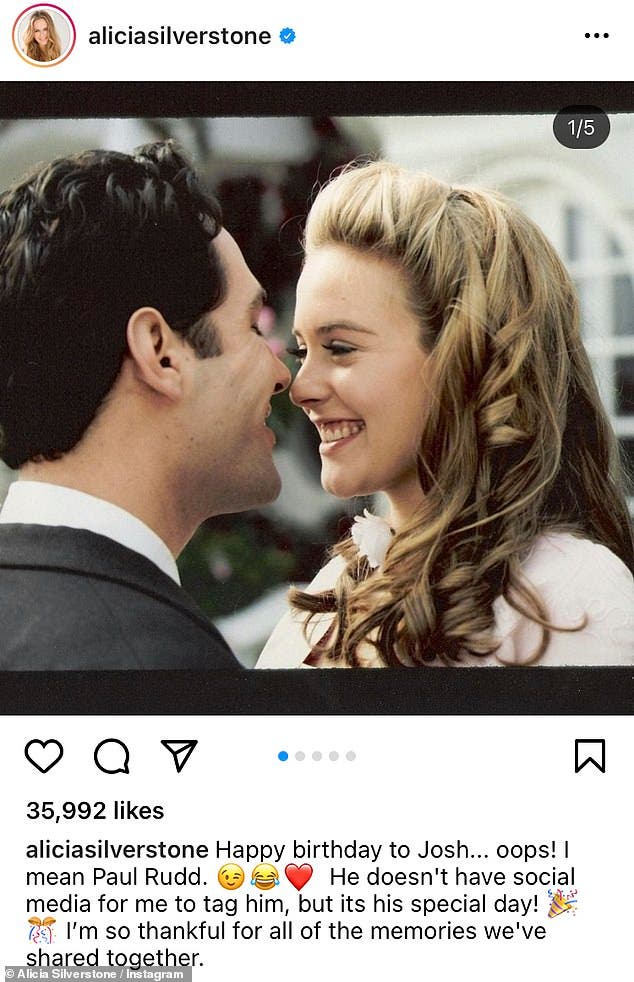 What Would You Do When "Ketchup Can’t Catch Up"?