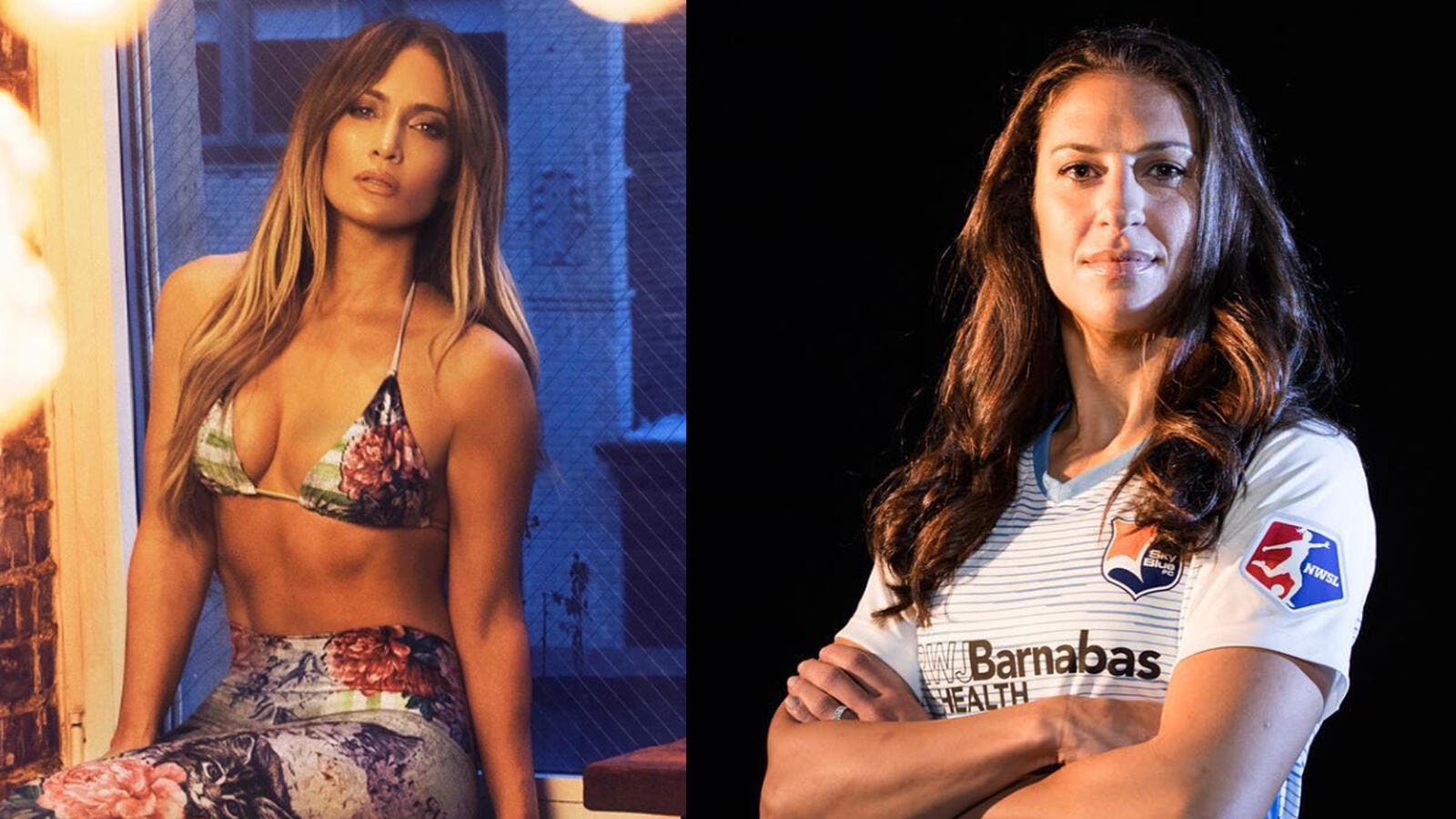 Jennifer Lopez gave a lap dance to US soccer star

The 49-year-old singer showered Carli, 36, with attention during her gig at Madison Square Garden in New York City on Friday night (07.12.19).

Jennifer informed the crowd Carli was in attendance at the gig, before her fiance Alex Rodriguez escorted her to some security guards, who then led her to the stage.

The chart-topping star firstly congratulated the soccer star on her success at the women's World Cup, before saying she had a "little present" for her.

According to the New York Post newspaper, Jennifer then said: "Actually Carli, I got two presents for you. Girls, will you take care of Carli and give her a little birthday present?"

At that point, two of Jennifer's dancers started to gyrate on Carli.

Then, Jennifer joined in the fun, working her sensual moves on the American athlete.

Earlier this month, Alex heaped praise on Jennifer after she struggled with a tough show.

In a tour diary from her 'It's My Party' tour, Jennifer is seen battling clogged sinuses as she performs in San Jose, California, and Las Vegas.
Turning to the former baseball star, she tells him: "It was a tough show for me."

But Alex immediately offered support to the 'Jenny from the Block' hitmaker, saying her voice had never sounded better.

Alex said: "It was the best show I've seen so far.

"It was Saturday night in Vegas and you guys killed it. And you showed why you're a champion, baby.