Jennifer Lopez drew attention while attending the Toronto International Film Festival for the screening of the new film she stars in alongside Cardi B, Usher and Lili Reinhart titled “Hustlers”.

Jennifer Lopez appeared in a yellow dress from Egyptian fashion house "Maison Yeya" and chose shoes from "Femme" collection. This is the second time the international artist wears an Egyptian design.

"We were asked to send our fall collection to Los Angeles for Jennifer, who admired the new collection," said designer Jasmine Yahya, who designed Lopez's dress. 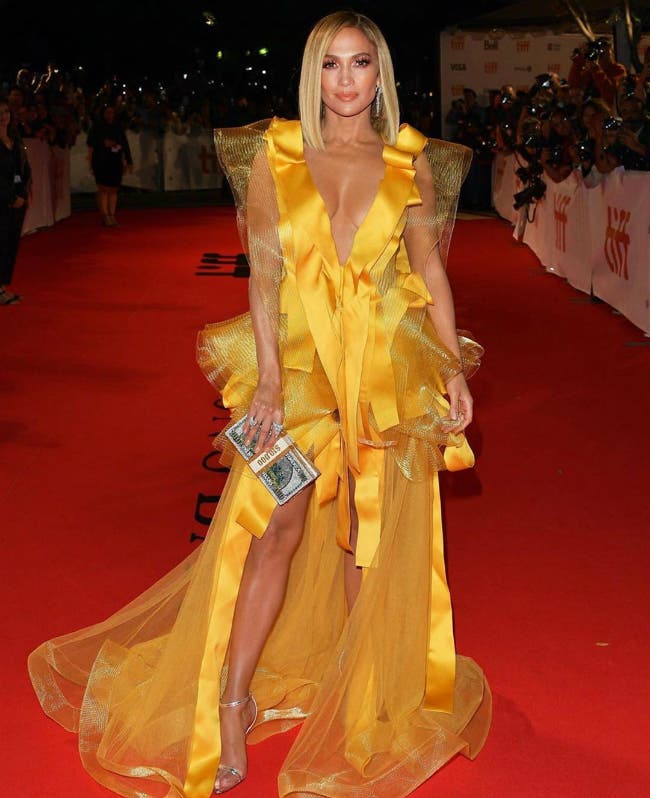 She continued: "I tried different materials that reflect light differently, and it is clear that the highlight of this design was the interaction of multiple fabrics combined to form a beautiful dress."

Yasmeen Yahya started her career after successfully designing many leading costumes with the support of famous fashion designer Elie Saab, and many celebrities from the Middle East  wore her dressings as well as international stars in multiple events such as Cannes, Cairo and Dubai film festivals.

This success marked the beginning of the fashion house "Maison Yeya" with its first collection launched in 2014, followed by many others, which led the the fashion house to become one of the field's leading companies in the region nowadays.

It is noteworthy that Jennifer Lopez, previously wore a dress designed by fashion designer Najwa Zahran, during her concert in Egypt.

"Since I knew Jennifer was coming to Egypt this summer, I decided to call her and show my work, maybe she likes it and accept to wear a piece from the collection, my dream has come true, and she took four dresses," she said.