Just Like Gan-Gan! Princess Charlotte Is the Spitting Image of Her Great-Grandmother the Queen (Pictures)

Royal enthusiasts have gone wild over Princess Charlotte's striking resemblance to her great-grandmother, the Queen. 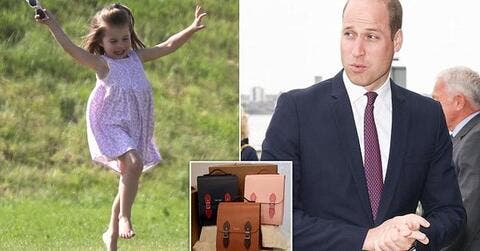 A photograph of the Duke and Duchess of Cambridge's daughter, who turns six today, was released by Kensington Palace to mark the occasion.

Princess Charlotte appears happy and relaxed in a floral summer dress, with her long hair loose and tousled in the picture, taken this weekend in Norfolk, by her mother Kate. 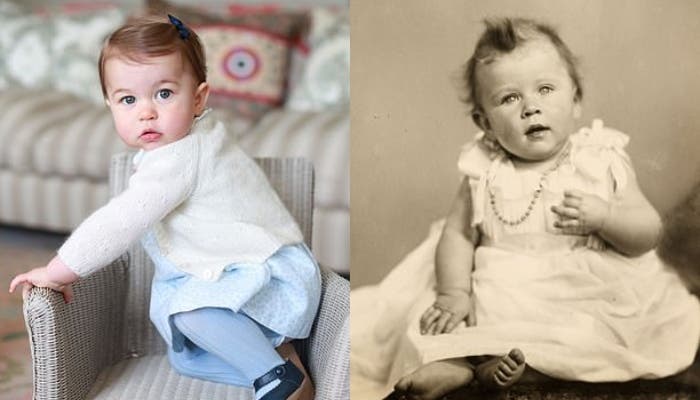 Delighted royal fans rushed to point out the family resemblances, noting how similar Princess Charlotte often looks to her great-grandmother, the Queen.

One person wrote on Twitter: 'I've always said I see so much of Her Majesty, The Queen, in little Princess Charlotte. She’s got the Queen’s eyes!' 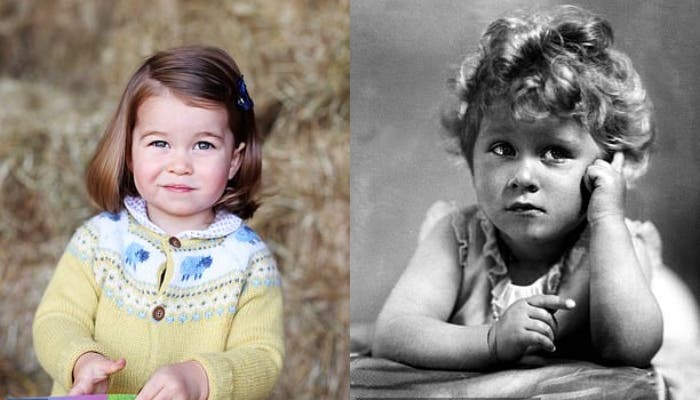 Another wrote: 'She really is a Windsor! Such a gorgeous girl!', while a third added: 'I’ve always thought Princess Charlotte was a mix of the Queen and Prince William.' 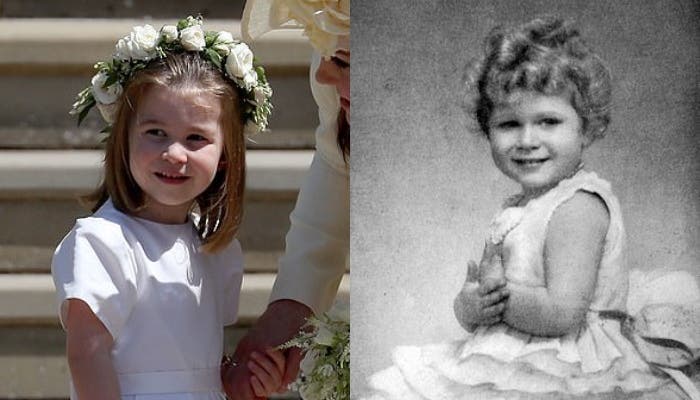 Royal fans compared the portrait to one of the Queen, then Princess Elizabeth, when aged six, showcasing Princess Charlotte's uncanny resemblance to her great-grandmother.

In a portrait released of the Queen when at the same age of her great-granddaughter, Her Majesty can be seen sporting the same charming smile.

The young Princess Elizabeth wore a stylish headband and ruffled ballet dress in the photograph.

But it's not just this year's portrait where the similar features can be spotted, with photographs of Princess Charlotte and the Queen when at the same age repeatedly showing their likeness. 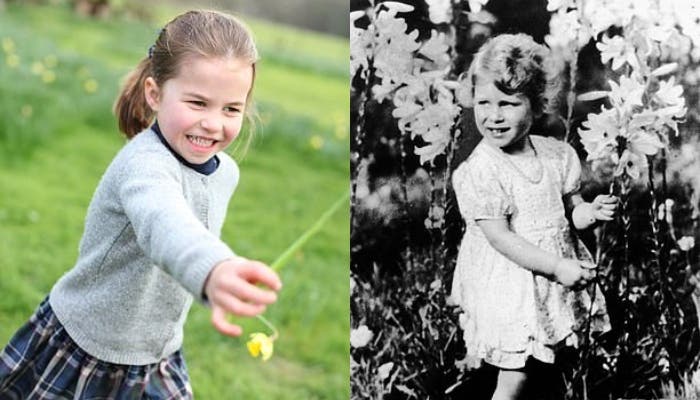 For instance, when aged four, a picture of Princess Charlotte showed the young royal holding a flower as she ran through a field, similar to a snap of her great-grandmother at that age.

A young Princess Elizabeth was photographed playing in a field of flowers on June 3, 1930, when also aged four. 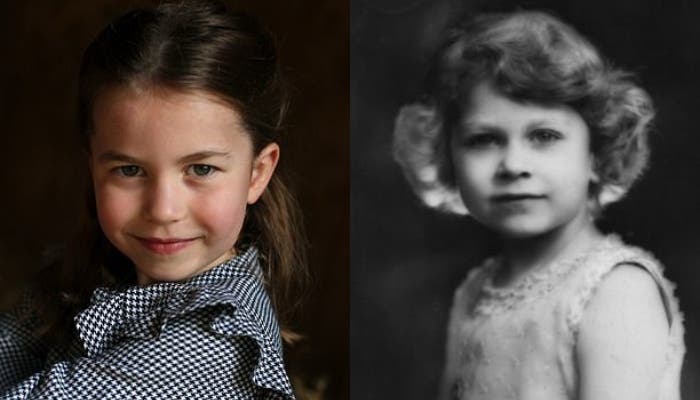 Although Princess Charlotte's parents have always fiercely protected their children’s privacy, restricting the number of photocalls they take part in each year for instance, they have been more relaxed of late.

During lockdown, they shared their experiences of homeschooling, with Prince William admitting it was ‘a bit of a nightmare’ and joking that he struggled with Year 2 maths.

Along with her brothers, Princess Charlotte was pictured clapping for carers during the first lockdown and delivering packages of homemade pasta to isolated pensioners on the Sandringham Estate. 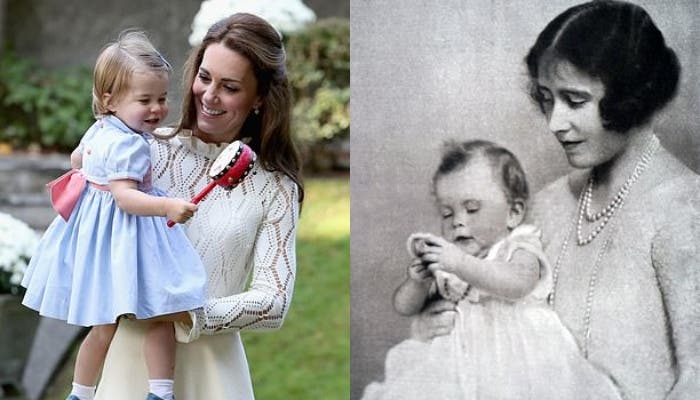