Kate Winslet has revealed she has been asked more about the lesbian love scenes in her new film Ammonite than any heterosexual roles she has taken on.

The 45-year-old actress will portray real-life English paleontologist Mary Anning in the film, directed by Francis Lee, which sees her embark on a secret relationship with Charlotte Murchison, played by Saoirse Ronan.

'I definitely feel a sort of a duty to serve Mary Anning. Still. And of course, the story,' she told Digital Spy. 'The story is so much about her, and her remarkable achievements that were unsung, unknown, reappropriated by men, taken from her wrongfully.

'And so I didn't feel 'Oh, God, let me you know, get away from the talking about the sex scenes and come back to that!' But what I definitely found really striking is that people seem to talk about the love scenes in the film in ways that are much more focused, because it's two women.

'And I'm telling you, with my hand on my heart, I have never been asked the same volume of questions about love scenes of a heterosexual nature – of which I have shot many in my life. And so that to me, that to me, that's a conversation.'

She also spoke about being in a position of influence, adding: 'I feel this kind of godmother role at the moment, a little bit.

'And I don't f**king care what people say, you know, there's always gonna be that element as well of just like, you can't listen to what other people say. Because if you do, then you're altering what you believe.'

Kate previously opened up on how she began living her life in isolation to get under the skin of her character. She said: 'I had to live a strange isolated life when I was playing her because when you are an actor they put you up in hotels and make it comfortable for you. 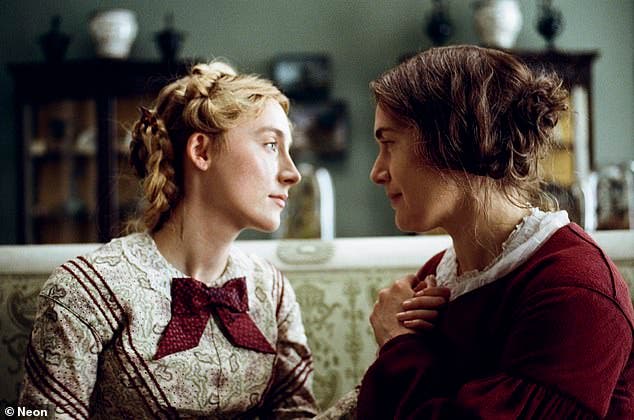 'I just knew I could not do really do that, because I had to do everything to be Mary and I got a bit method.'

Kate told the audience at a Natural History Museum talk on Saturday that her latest role has led her to uncover a new historical passion: fossil hunting.

As part of her research while preparing for the role, the Oscar-winner learned the craft from real-life researchers.

According to The Mirror, she said: 'I worked with a wonderful palaeontologist and he knows every nook and cranny.

'I did also find a piece of an ichthyosaur's skull and was able to identify it. I was very proud of myself.

'It was really exciting. It was almost at the waterline as the tide had gone out – tucked away in a rock pool.'

The plot of Ammonite centres around the famous paleontologist, who becomes involved in a forbidden romance with Saoirse's character after they are sent to convalesce by the sea together.

Gemma Jones, James McArdle and Fiona Shaw also star in the film, which premiered at the Toronto International Film Festival to mixed reviews in September 2020. 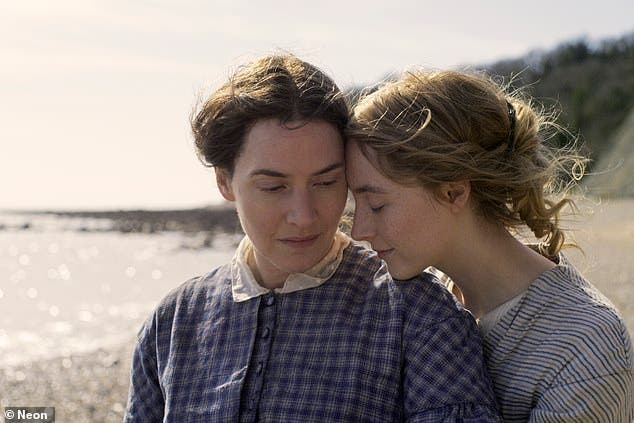 Director Francis Lee told The Guardian that Ammonite has taught him a 'real lesson in identity politics'.

The 52-year-old filmmaker - who also wrote the script - addressed the fact that some have questioned the historical accuracy of the character being in a same-sex relationship.

He said: 'It's been a real lesson for me in identity politics. I know I can't talk for Mary because I'm not a 19th-century palaeontologist, but I do think I can talk with her.

'What I tried to do was to take this working-class woman, who hadn't been recognised in her lifetime, and elevate her. I wanted to contextualise her in terms of a relationship. And because men had blocked and overlooked her, and reappropriated her work for themselves, I felt that this relationship couldn't be with a man.' 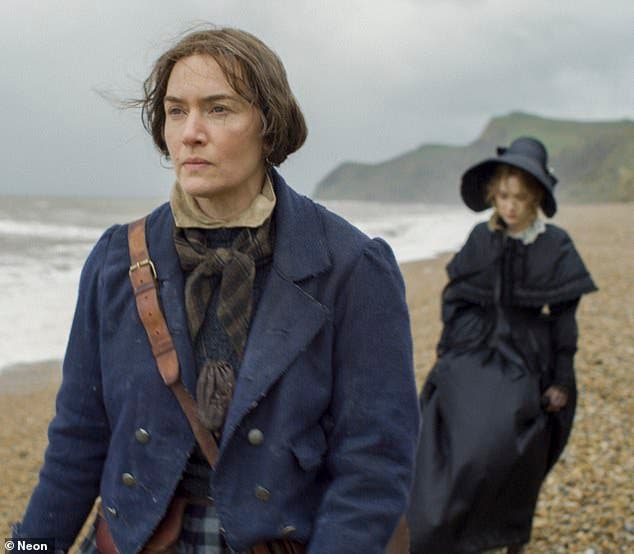 Francis has drawn parallels between himself and Winslet's character as both have struggled to 'find their voices'.

'Like Mary, I have found it very difficult to find my voice, professionally and personally. I feel very closed a lot of the time. I find it hard to be me, and to be truthful about me,' he said.