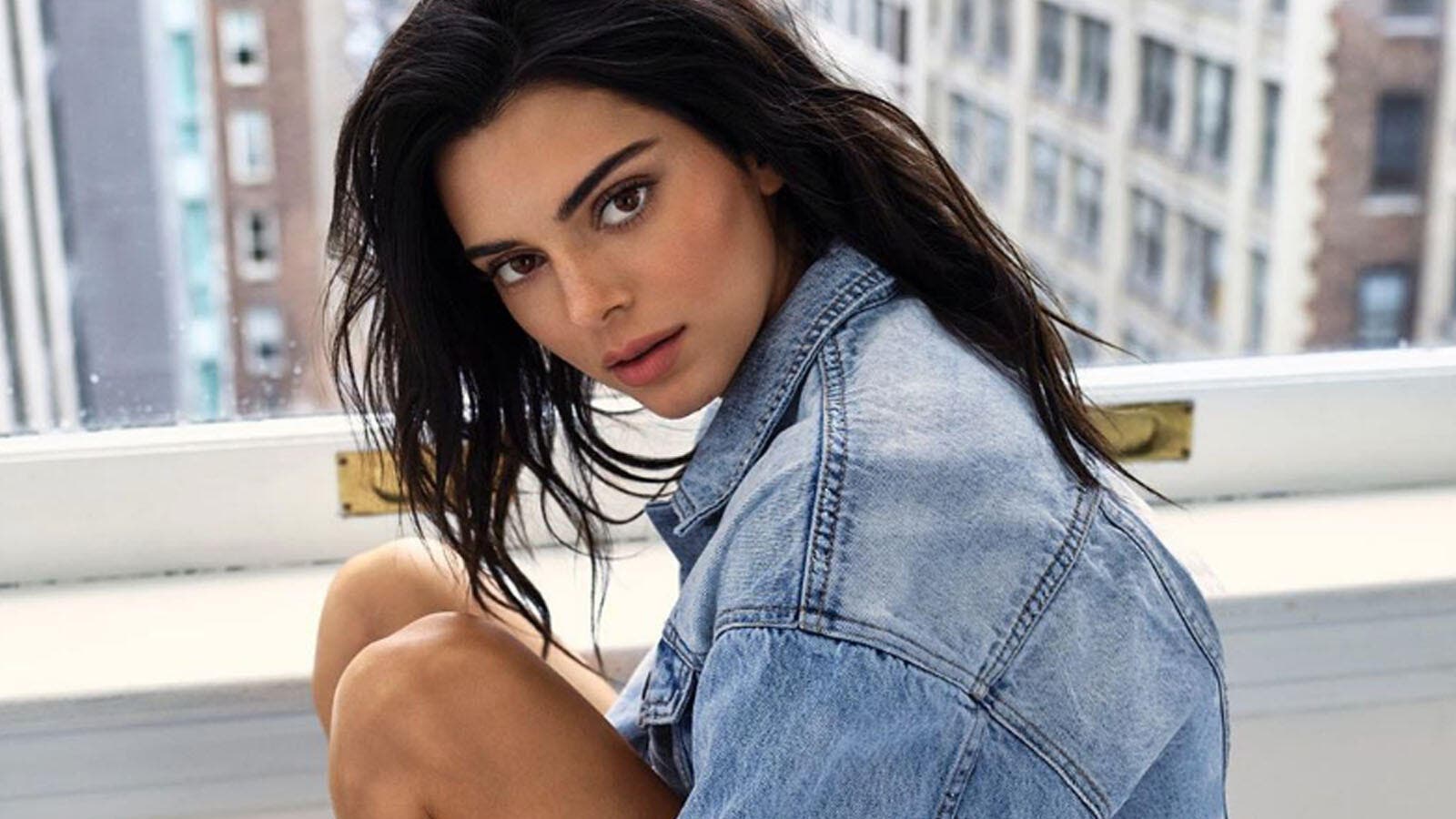 Kris Jenner revealed Kendall struggles from anxiety
Highlights
She may not have walked on the catwalks at this year's New York Fashion Week,  but Kendall Jenner's modeling career is still on fire.

Jenner took to Instagram on Sunday to share the news as well as one of the cover shots.

In the shot posted by Jenner, the model can be seen posing in a pair of high-waisted denim jeans and a velvet short-sleeve crop top with a 3/4 sleeve white crop top underneath.

The look was accentuated with a chunky silver chain necklace, a number of bracelets and rings and a pair of silver hoop earrings.

Jenner's raven tresses were parted in the middle, adding to the drama of the look with stick straight pieces falling over her shoulders.

In a second photo, posted by the photographer, Jenner can be seen wearing along sleeve blue shirt with a pink and white flower pattern on it under a black summer dress that also features a floral pattern.

The model's seemingly metallic nails, applied by Manicurist Mike Pocock, draw attention to the bottom corner of the photo as a blue sky can be seen in the distance.

Both Jenner and Comte posted a fashion film of the shoot, directed by Comte and Alexander Ingham Brooke.

In the video, which gives off all the ASMR vibes, Jenner can be seen playing with marbles, then tapping on a glass and playing with little Hot Wheels, all actions that help show off her perfectly manicured fingers.

This isn't the first time Jenner has appeared on the cover of the mag.

Though she was in attendance for 2019's New York Fashion Week, Jenner chose to sit on the sidelines instead of model.

'It's a lot more mellow to just go,' she told Vogue of her decision.

'But I won't lie, today I was missing it, the model added, saying, 'I was watching the girls and I was like, "Damn, I kind of want to walk.'"

Jenner has walked for NYFW as well as London Fashion Week and Milan Fashion Week in the past, though she's only walked on three catwalks this year, according to Page Six.

Part of her choice to sit out from this year's shows might have something to do with her struggle with anxiety.

On a 2018 episode of Keeping Up with the Kardashians, Jenner called her mom, Kris Jenner, 63, in the midst of an anxiety attack during fashion week.

'Kendall struggles from anxiety and I think she has so much going on that she gets herself really worked up,' Kris Jenner said at the time.

'Kendall gets the most anxious during Fashion Weeks and when she's traveling a lot. Milan is coming up and trying to juggle it all is overwhelming,' she added.

But according to W Magazine, the sister of Kim Kardashian does plan to return to the catwalk next season.

'It was [nice to recharge],' she told the outlet. 'It's always really nice.'

'I feel like when you’re walking on the runway—I say this from experience—you’re just thinking, 'Walk straight! Walk straight!—and you try to just focus on that. Especially me, because I used to get really nervous when I knew people in the audience. I would try and force myself to zone out,' Jenner told Elle about her experience with runway anxiety.

'But now, I’m cool with it—I’ve actually gotten so much better at it that I like knowing who’s there, and I’ll kind of peek over to see who’s in the audience before I come out. But it took a little while to get to that point,' she said.