Published June 13th, 2021 - 08:11 GMT
Kendall has dated dated NBA hunks Ben Simmons and Blake Griffin
Highlights
They have been together over a year now.

And Kendall Jenner and Devin Booker were the image of romance in the Insta Stories she posted over the weekend.

In one of her snaps Kendall, 25, could be seen straddling her sizzling NBA beau as they sat together on a kitchen island.

Booker's massive dog Haven could be seen standing on his hind legs and placing his front paws on his affectionate owner's thighs.

Over the course of her Insta Stories Kendall also posted a heartwarming picture of them cuddling up to one another on a private plane. 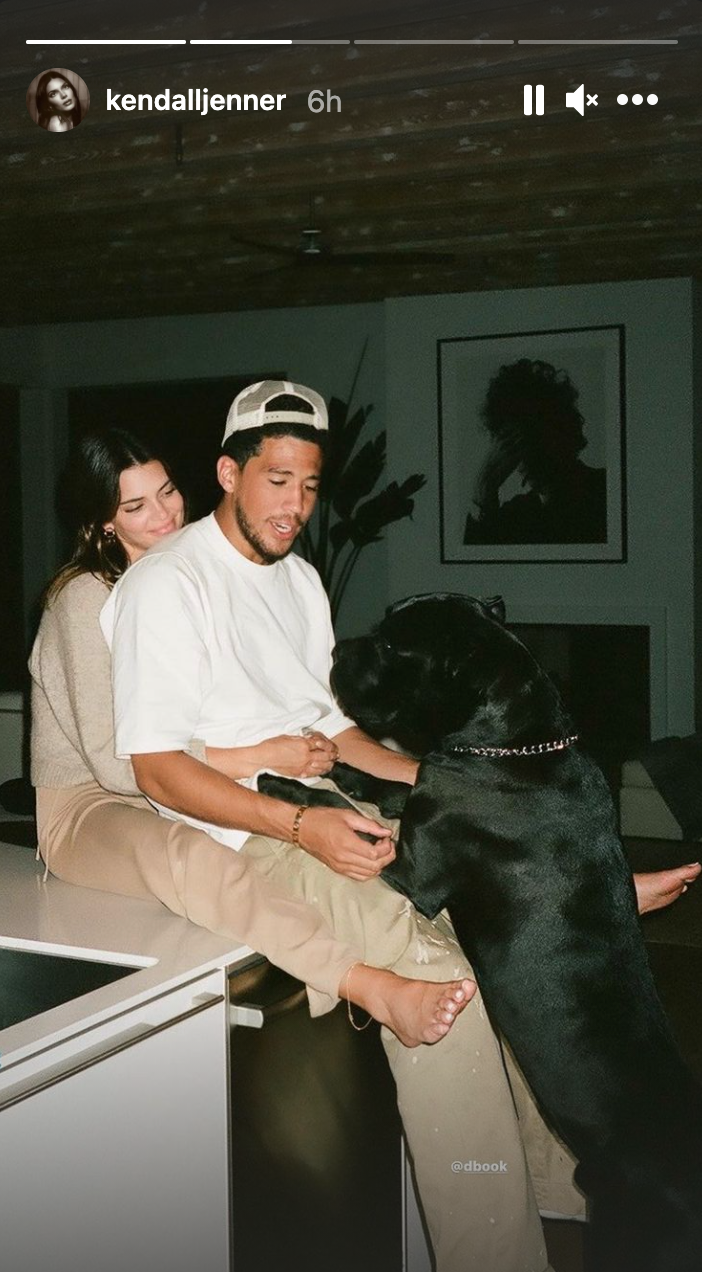 They were evidently headed to a dazzling desert destination where Kendall uploaded a snap of Devin lying down in front of a breathtaking view of red sand.

'This is the happiest Kendall has ever been in a relationship. She and Devin started out slowly, but have dated for about a year now,' said a People insider in April.

The source insisted it was 'obvious that they have something special going on' despite how 'private' Kendall is 'about their relationship.' 'What first seemed like a fun hookup, is now a relationship. They are exclusive and Kendall is very happy with Devin,' a People insider gushed in February.

The source added for good measure that 'her family thinks he is great. He was even invited to Kim's 40th birthday celebration in Tahiti.'

Kendall has dated dated NBA hunks Ben Simmons and Blake Griffin and she was linked to Devin as early as last summer.

While the conjecture about Devin was doing the rounds then a Twitter user made a crack about her being 'passed around' by basketball players, to which a woman replied defending Kendall: 'Maybe she passing them around' with a shrugging emoji.

Kendall then quoted this woman's tweet and quipped: 'they act like i’m not in full control of where i throw this c***h'.