Kim Kardashian West and her sisters Khloe and Kourtney hit the red carpet at the People's Choice Awards in LA on Sunday night.

The 39-year-old, who recently revealed she's put on 18lbs in the last year, rocked her curves in a snakeskin dress by Versace.

Kourtney wore a sparkly suit - with just a bra - while Khloe wore a chic sheer gown with a high slit.

Momager extraordinaire Kris Jenner also joined in the fun. The girls were in overdrive promoting their new fragrance collaboration while on the red carpet.

The mother-of-four looked absolutely fantastic in the body clinging dress featuring shimmering sequins on the back which accentuated her famous backside.

She teamed the look with metallic gold stilettos featuring straps which wrapped around to just above her ankle.

Her raven-colored tresses were worn down in a middle-part as they cascaded down her shoulders.

She accentuated her natural looks with complementary make-up topped off with smokey eye and a swipe of shiny pink lip.

It was a big night for the stars as Kim accepted the award for The Reality Show of 2019 on behalf of the family. 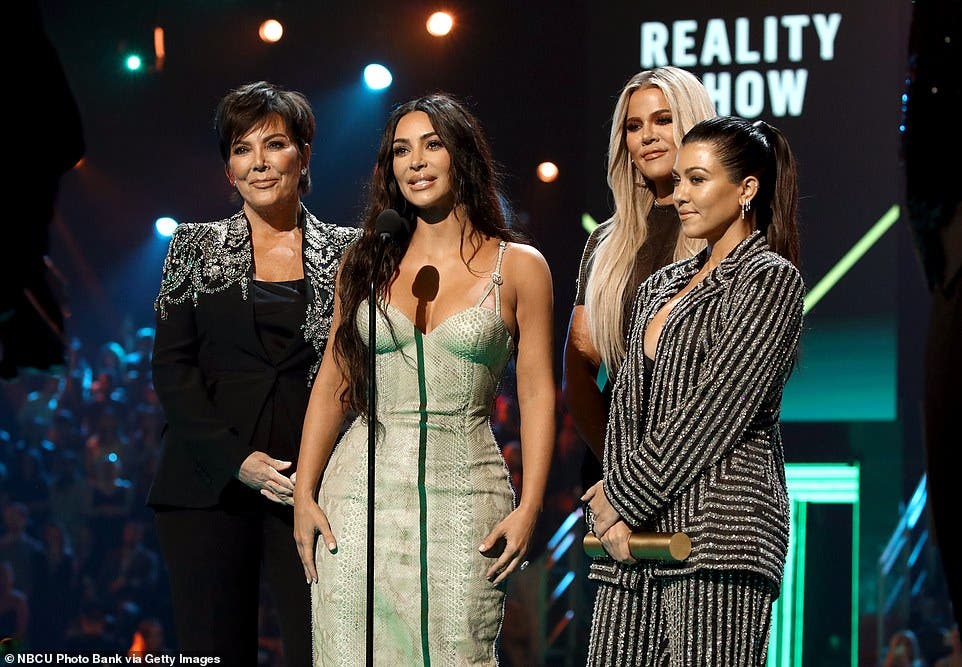 She was presented with the new piece of hardware on stage before she addressed the crowd saying: 'Wow! Thank you guys so much, this means so much, 'cause you guys, the fans, voted for this and this means everything to us. You guys have been there for us for 18 seasons, we're almost done with season 18. 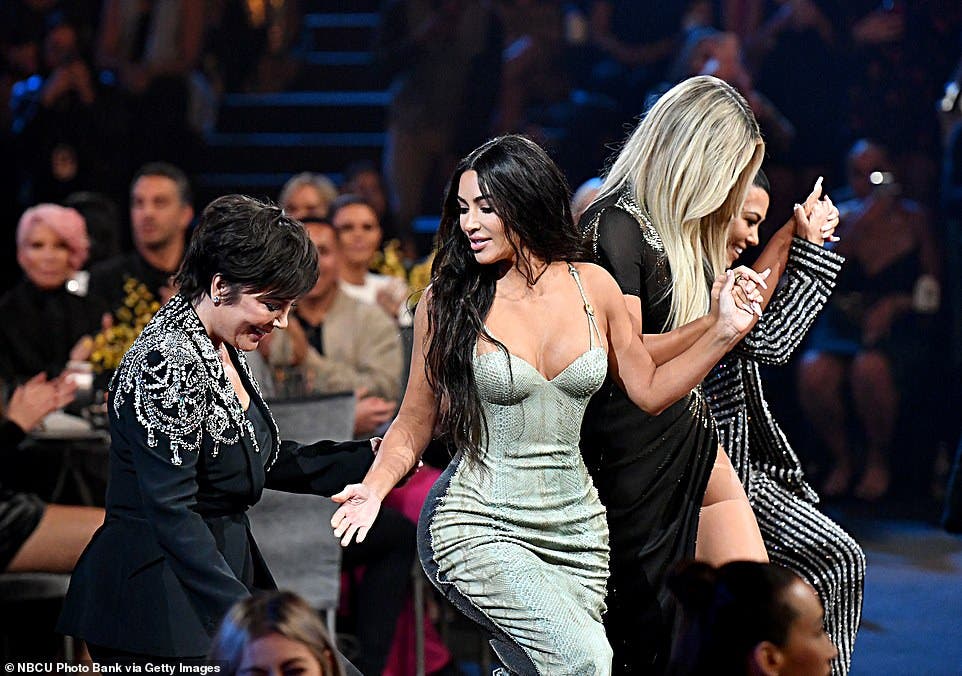