ALBAWABA - Hollywood actress Kirstie Alley died in her hospital bed, surrounded by close family members after a fierce battle with cancer. She was 71.

Alley's children announced her demise in a tweet. ''To all our friends, far and wide around the world... We are sad to inform you that our incredible, fierce and loving mother has passed away after a battle with cancer, only recently discovered," the tweet read.

''She was surrounded by her closest family and fought with great strength, leaving us with a certainty of her never-ending joy of living and whatever adventure lie ahead," the tweet pointed out.

It added: ''As iconic as she was on screen, she was even more amazing mother and grandmother." 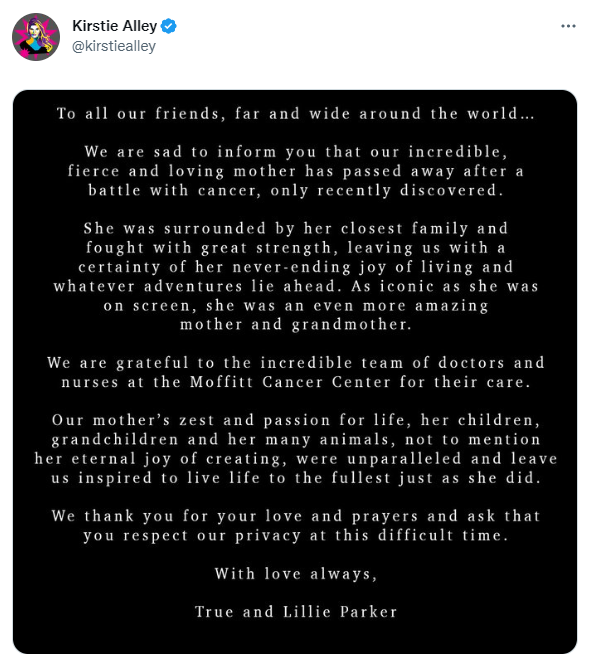 Alley's children thanked the medical staff, who were around the cancer patient at the time of her death. ''We are grateful to the incredible team of doctors and nurses at the Moffitt Cancer Center for their care," they tweeted. ''We thank you for your love and prayers and ask that you respect our privacy at this difficult time, with love always. True and Lillie Parker.''

Following the announcement, celebrities took to their social media accounts to mourn the death of their beloved friend. Among them was Alley's close friend John Travolta, who said: ''Kirstie was one of the most special relationships I’ve ever had.''

The actor added: ''I love you Kirstie. I know we will see each other again.'' 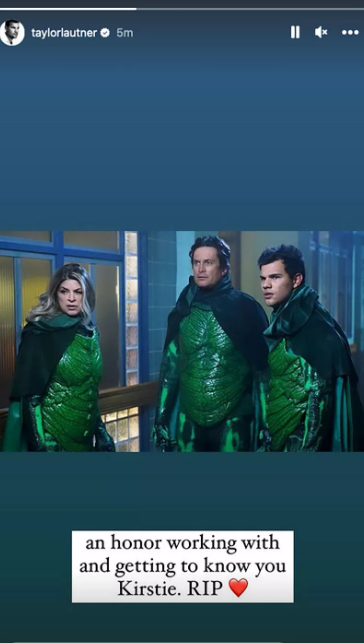 The late actress' ex co-worker Twilight star Taylor Lautner shared on his Instagram story: ''an honor working with and getting to know you Kirstie."

Jamie Lee Curtis penned: ''I've just heard the sad news that Kirstie Alley has died. She was a great comic foil in @tvscreamqueens and a beautiful mama bear in her very real life.''

''She helped me buy onesies for my family that year for Christmas. We agreed to disagree about some things but had a mutual respect and connection. Sad news.''

A sweet soul pass on in Kristie Alley. Sad, sad news. Prayers for all her family.

Tim Allen posted: ''A sweet soul pass on in Kirstie Alley. Sad, sad news. Prayers for all her family.''