Kylie Jenner revealed that she decided to change her son's name.

The beauty mogul announced the news on her Instagram story as she and her beau Travis Scott felt like the name does not match their newborn, however Jenner did not share the new name for her son.

Jenner wrote on her story: 'FYI our sons name isn't Wolf anymore, We just really didn't feel like it was him. Just wanted to share because I keep seeing Wolf everywhere," 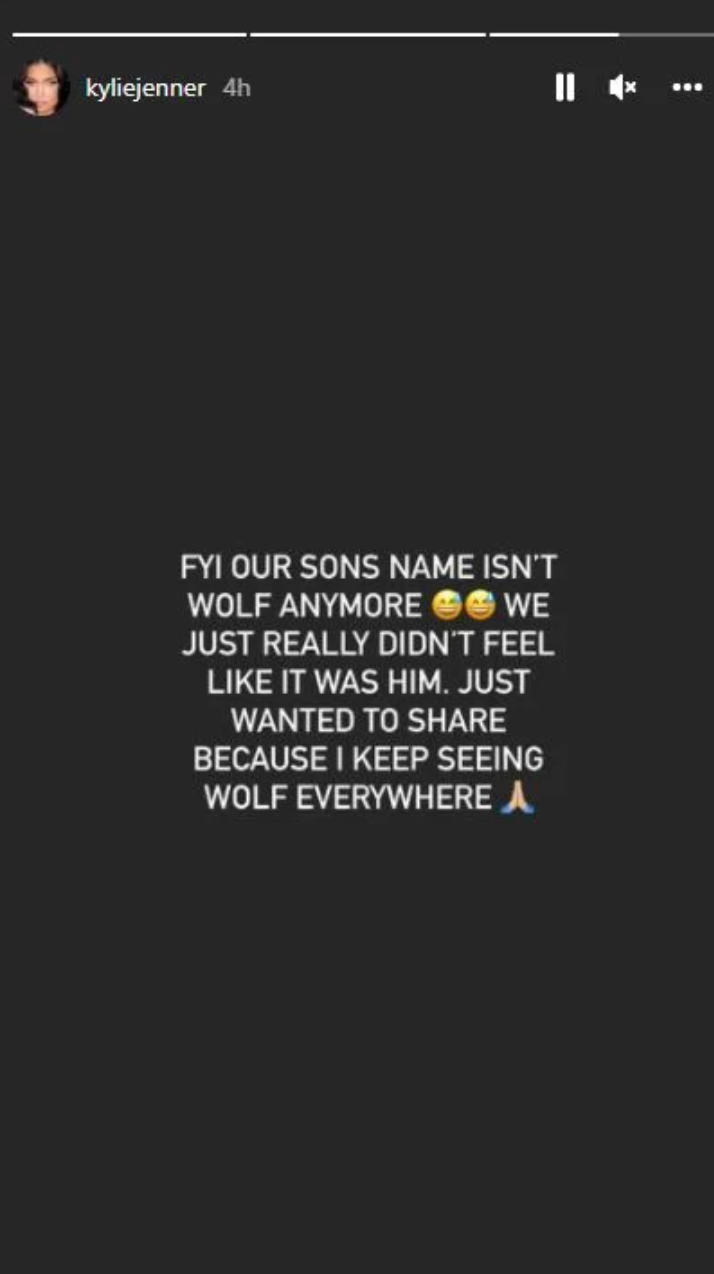