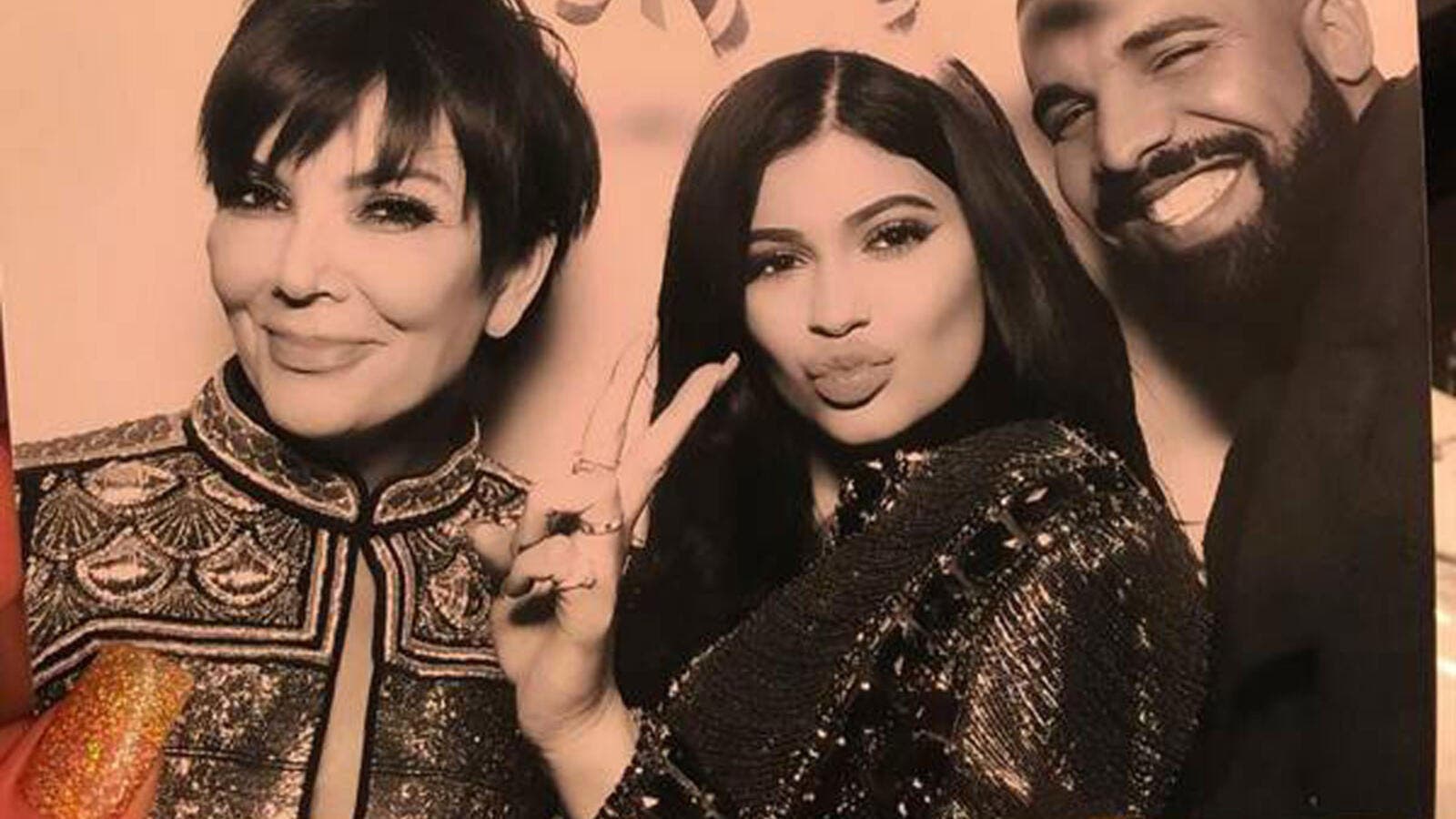 Drake looked pretty comfortable with Kris Jenner and 18-year-old Kylie! ((c) Instagram)
Highlights
Kylie Jenner and Drake 'have chemistry' but are 'not in a relationship', as sources say the pair are still just friends.

Kylie Jenner and Drake "have chemistry" but are "not in a relationship".

The 'Keeping Up with the Kardashians' star - who has 21-month-old daughter Stormi with ex-boyfriend Travis Scott - was recently rumoured to have struck up a romance with the 33-year-old rapper, but it has now been claimed they are only spending time together "with other friends", and are not romantically involved.

A source told People magazine: "Kylie is doing great. She considers herself single. Her main focus is Stormi, but she is also young and likes to have fun.

"She has been hanging out with Drake. Mostly together with other friends as well. She has known Drake for a while. They are not in a relationship. It mostly seems like they have chemistry, flirt and hang out. Nothing too complicated."

Meanwhile, Kylie, 22, announced last month she had split from Travis, and friends think they still have a chemistry between them.

A source said recently: "Kylie and Travis are doing very well. Everyone thinks they are back together or already are. They haven't made anything official but it doesn't seem like much has changed. They love being together with Stormi and are happy doing that. Travis has been around the last few days and things are going well. There are very positive vibes between them."

Shortly after their split, Kylie reportedly asked her friends to set her up with a new man because it can be "difficult" for her to meet someone herself.

A source said: "Kylie's life is so gilded, she never meets men.

"It's not like she goes out to clubs - she doesn't even go to the supermarket or to a public gym - so it's difficult for her to meet someone new.

"Everywhere she goes, she has security and a reality TV crew surrounding her. And although she gets a lot of offers on Instagram, how does she know who they are and if they just want to date her for fame and money? So she's asking friends if they know anyone who's her type and who might like her."