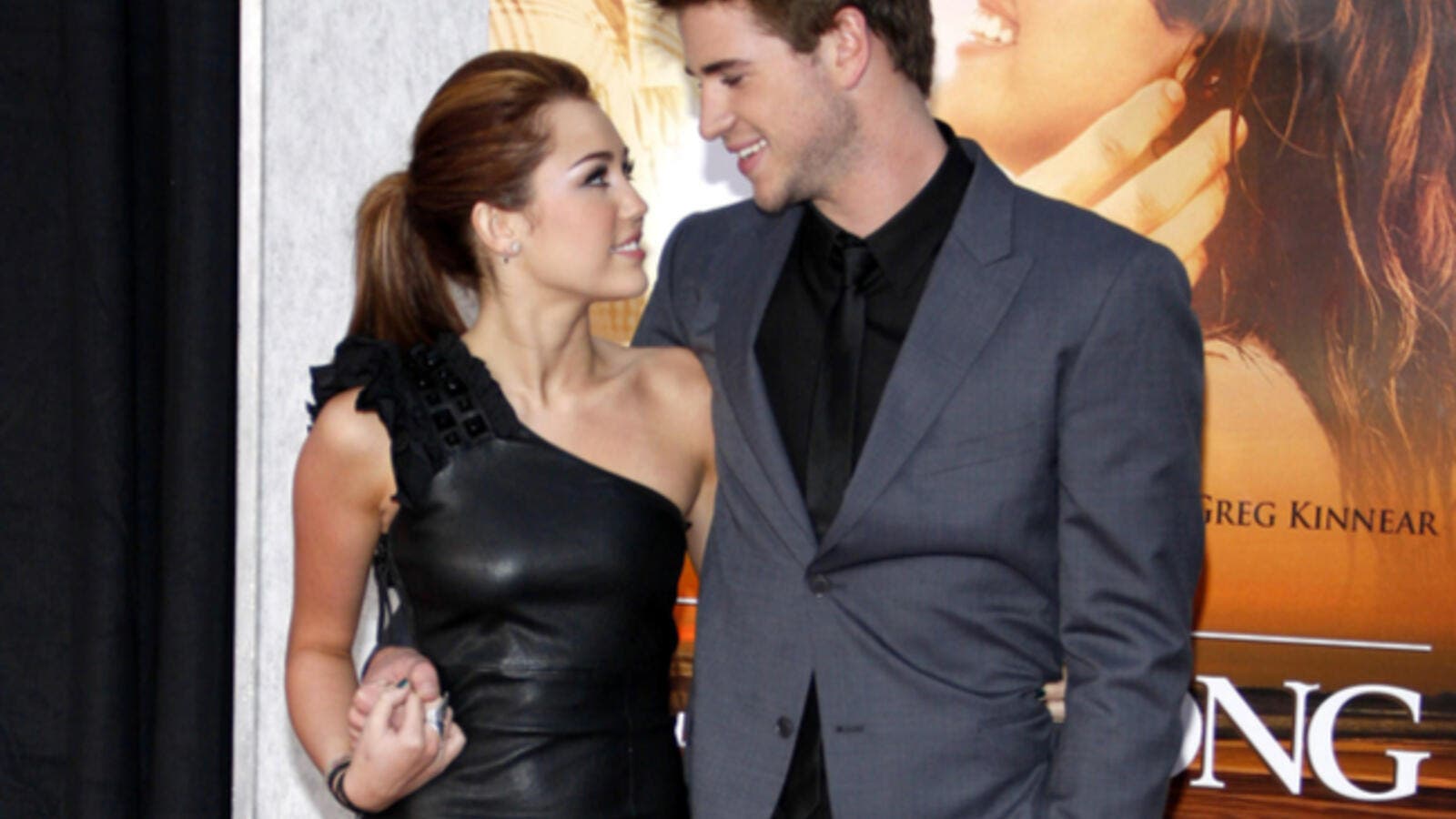 Miley and Liam started dating in 2009 after meeting on the set of 'Last Song' (Source: Tinseltown - Shutterstock)

The 25-year-old singer has previously shown off her inking of the condiment jar in what was thought to be a touching tribute to her beau, but it has now been revealed he has a similar etching on his ankle.

Liam - who is a huge fan of the thick, black Australian food spread - showed off the tattoo while out and about Down Under in Byron Bay, according to Daily Mail Australia.

He is also thought to have gone under the needle in 2016 - when Miley paid tribute to him by having her Vegemite design done.

Miley had the inking done on her left tricep by famous tattoo artist Dr Woo, who then uploaded a picture of his work on his Instagram account. He accompanied the picture with the caption: "@mileycyrus don't play when it comes to #vegemite #halfneedle (sic)."
Liam has previously proclaimed his love for Vegemite on several occasions, and once said he couldn't wait to get back from school to gorge on the snack.

He said: "After-school Milo [a chocolate and malt beverage] and Vegemite on toast. I lived on it."

Miley and Liam, 28, started dating in 2009 after meeting on the set of 'Last Song', and they got engaged in 2012 before splitting a year later, but later rekindled their romance and are engaged again.

Last March, the pair were speculated to have tied the knot after her father Billy Ray Cyrus posted a picture of Miley in a white dress, but her brother Noah Cyrus confirmed they were yet to marry.

He said: "She's not married. [She was] probably just having fun or something."

What's more, Liam's brother Chris confirmed earlier this month that his sibling and Miley are yet to tie the knot following further speculation they had.

He said: "They're not officially married."