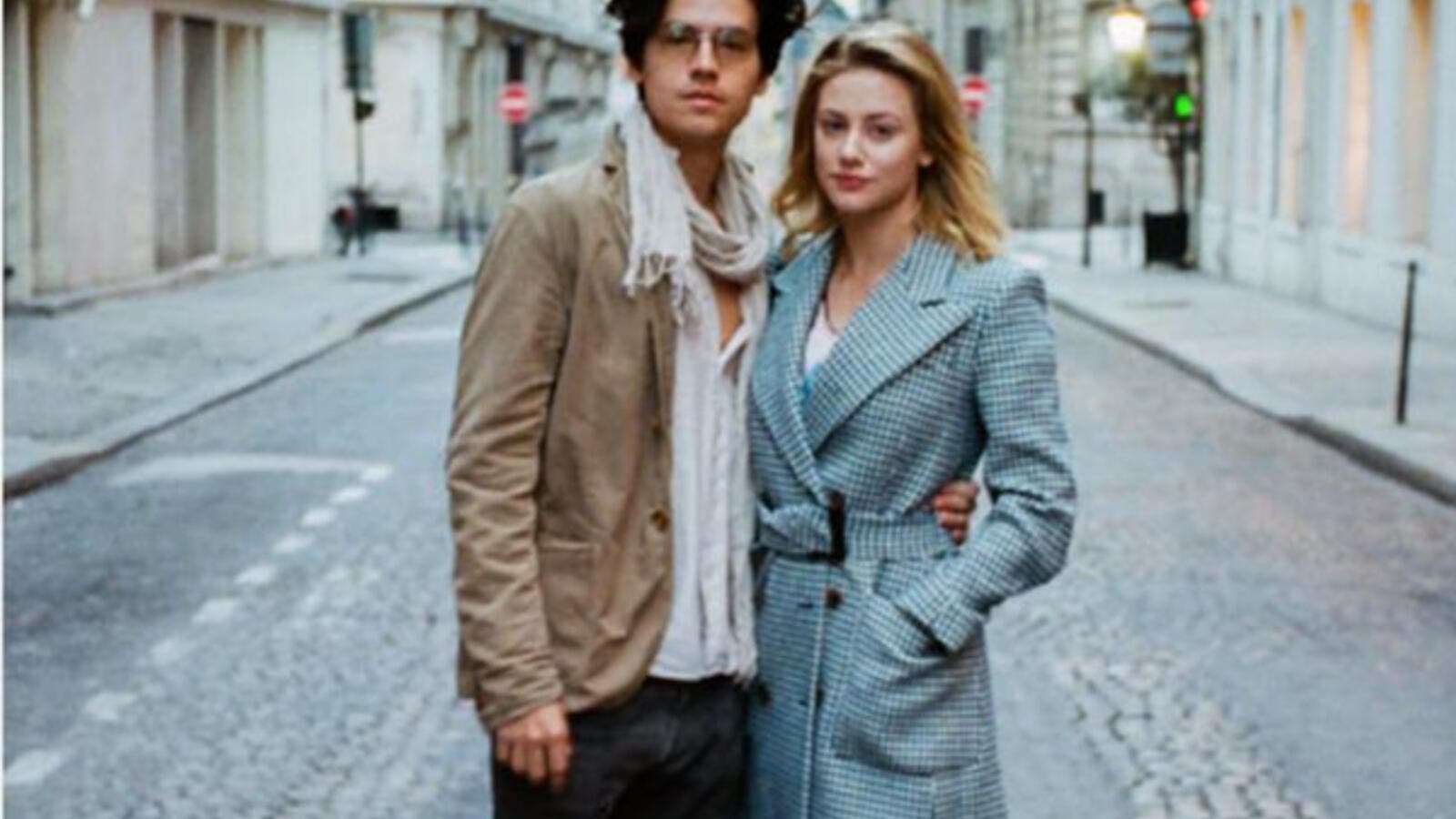 they are a couple in real live and on-screen (Source: lilireinhart / Instagram )

Lili Reinhart and Cole Sprouse are a couple in real live and on-screen.

And on Saturday blonde beauty Lili shared a candid, shirt-free shot of her boyfriend and Riverdale co-star Cole, along with a simple message: 'I hope you don’t mind.'

Hilariously, Sprouse himself responded himself, asking, 'are you dating? Who her message was aimed at was unclear, but it comes exactly one month after Sprouse posted a topless shot of Reinhart.

The shot Sprouse shared was posted on Reinhart's birthday, where called her, 'Both the birthday and the gift,' adding, 'My little muse, happy birthday my love.'

Reinhart's shot was taken on a beach, with Sprouse seen topless with a small black camera slung over his shoulder.

He was holding a tan hat and wearing dark khaki pants in the shot, while smiling and looking up towards the sky.

There had been rumors for quite some time that Reinhart and Sprouse were dating, but their relationship hasn't been confirmed until recently. Topless Lili: The shot Sprouse shared was posted on Reinhart's birthday, where called her, 'Both the birthday and the gift,' adding, 'My little muse, happy birthday my love'

Ever since Riverdale premiered in January 2017, fans had noticed the chemistry between Sprouse's Jughead Jones and Reinhart's Betty Cooper.

Fans even dubbed the couple 'Bughead' early on in the first season, with Sprouse telling People in November that he would never 'confirm' his relationship with Reinhart.

Then again, he never denied it either, including during PaleyFest when a fan asked if they were dating, and he simply said, 'No comment.'

They were both spotted together in Hawaii over New Year's Eve, taking photos with fans that surfaced on social media.

In April 2018, Reinhart was spotted with Sprouse at LAX, when she was asked about her relationship yet again, stating, 'Isn't it obvious?'

They made their red carpet debut in May at the 2018 Met Gala in New York City.

In a July 2018 interview with Harper's Bazaar, Reinhart made it clear that she wasn't interested in opening up about her relationship.

'I'm not okay talking about my relationship,' she said. 'I'm not going to tell you my love story. That's just not appropriate right now.'

In August, she shared an Instagram photo of Sprouse, calling him, 'my love.'

'It seems as if the world would still be a stranger to me, if not for you. I’m so thankful that our paths intertwined to form this beautiful adventure,' she continued.