Filming is set to start in early summer and will involve '300 people working on the island location' for about three months, according to Variety.

Locations scouts have already began pinpointing 'exact marine and other locations' for the adaptation around picturesque Sardinia to highlight its pristine blue waters.

The destination is the second-largest island in the Mediterranean Sea, known for its gorgeous coastlines and being the home to the oldest people in the world.

'Sardinia is one of only five Blue Zones in the world identified as having residents who often reach age 90 or older,' according to USA Today.

Last March, Disney was forced to 'pause production' on a slew of its live-action films, including The Little Mermaid, due to ongoing COVID-19 pandemic. 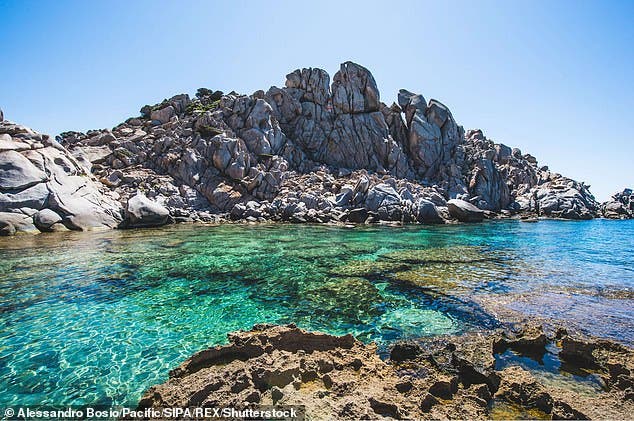 Bailey, 21, was announced to play Ariel by director Rob Marshall, who said after 'an extensive search, it was abundantly clear that' she 'possesses that rare combination of spirit, heart, youth, innocence, and substance — plus a glorious singing voice — all intrinsic qualities necessary to play this iconic role' in July 2019.

Halle confirmed the exciting news on Twitter, giving fans a look at the new and first Black Ariel.

'dream come true...' she captioned an image of Ariel sporting her signature purple shell bikini with green bottoms, while appearing with dark skin, brown eyes and black rather than red hair.

The image was from 2015 when artist, Dylan Bonner, was commissioned by Brian Flynn to create illustrations of every Disney princess in the image of his girlfriend Maninai Gupta as a surprise Valentine's Day present.

The five-time Grammy nominee's role will see her break through on screen, with her only recent acting role as a supporting character on Freeform's Grown-ish, starring Yara Shahidi.

Why Are Riots in Northern Ireland Not Being Reported By the Media?