'We’re honored to be working with MGK on this rare opportunity to build a brand that will progress a category to embody a cultural shift that has been a long time coming,' Harris said.

The Tickets To My Downfall artist, 30, has often showcased his irreverent nail polish styles in public outings and on social media.

The actor-rapper has been dating actress Megan Fox, 34, since May in a relationship that blossomed as they were making the motion picture Midnight in the Switchgrass.

The pair 'got serious quickly' and enjoy 'a great relationship,' an insider told People earlier this week, as they celeb couple are mapping 'a future together.' 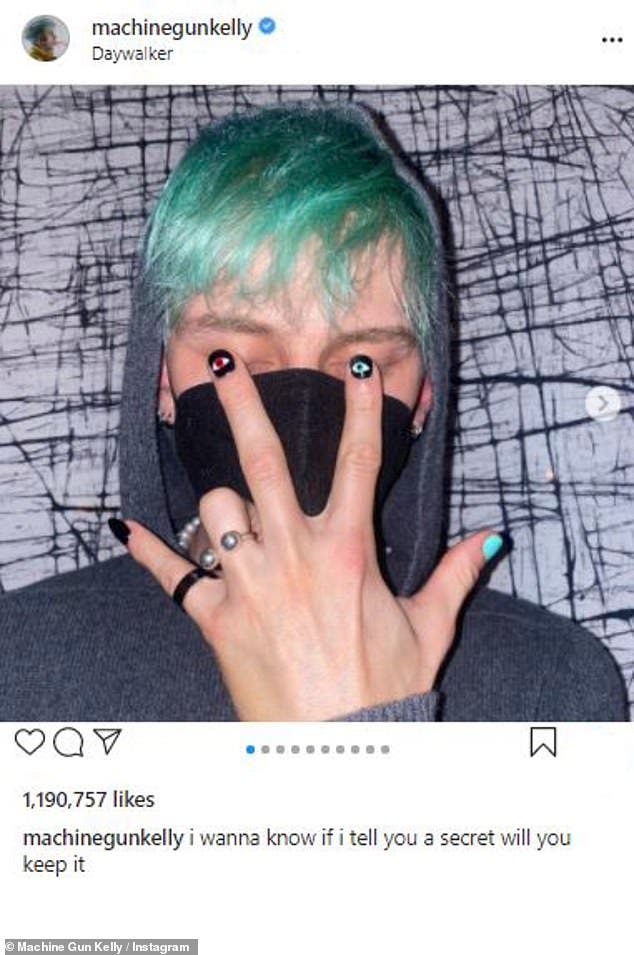 The Houston native 'is getting to know her kids,' the insider said. 'Megan loves her boys, and they will always be her priority.

'She is excited that they have accepted Colson ... Megan is very happy.'

Prior to Fox, the entertainer was romantically linked to Sommer Ray, Amber Rose and Emma Cannon, who he shares daughter Casie, 12, with.