Photos of the wife of Sultan of Oman, Haitham bin Tariq, went viral on social media while honoring a number of influential female figures on the Omani Women's Day on Saturday.

Social media users praised the beauty and elegance of the eminent  first lady in her first appearance during the social activity.

Ahad Bint Abdullah had honored some of the Omani women who distinguished themselves in their field of work and social activities at the Al Baraka Palace, and awarded them the Royal Commendation Medal from Sultan Haitham bin Tariq.

In her first appearance, the venerable Mrs. Ahed caught the attention with her simple yet regal attire, sporting a black velvet abaya embroidered with crystal beads, and wearing a light makeup that suits her features, and she did not abandon appreciation for the traditional Omani dress for women.

She was also distinguished during her speech by her eloquence, calmness and appreciation for Omani women, praising their roles in various fields referring to the role of the late Sultan of Oman, Qaboos bin Said, "who devised the approach of empowering, honoring and appreciating the pioneering role of women." 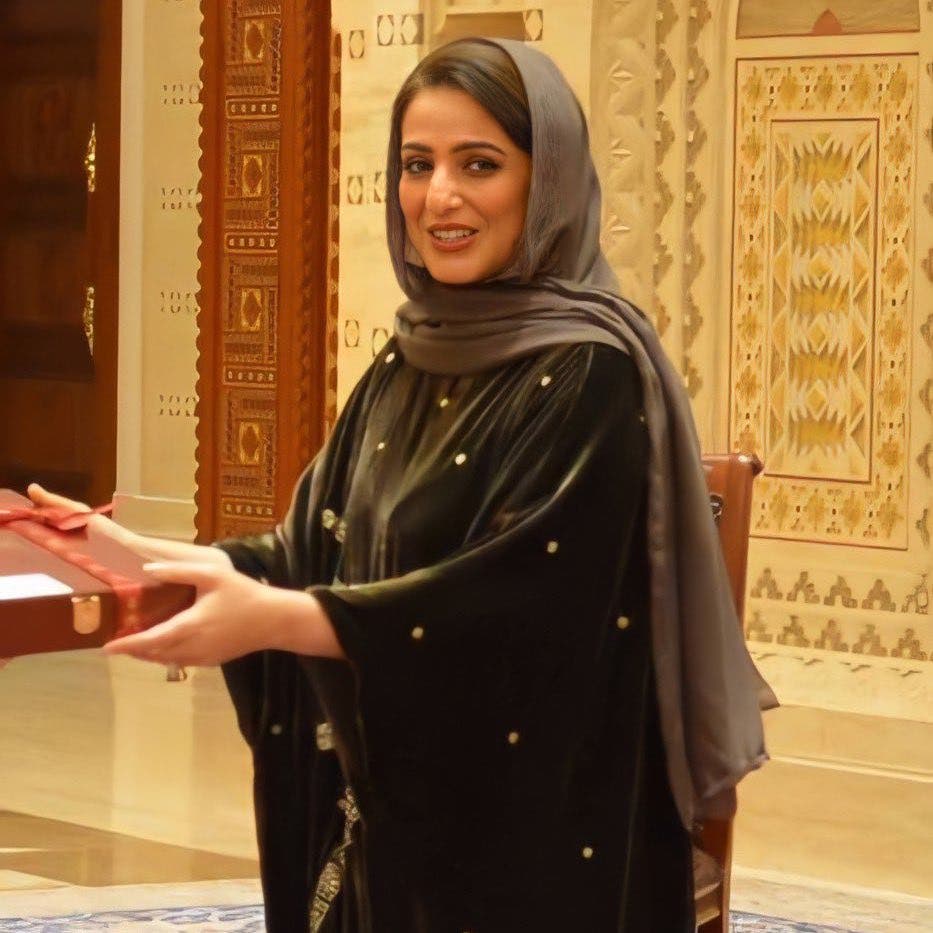 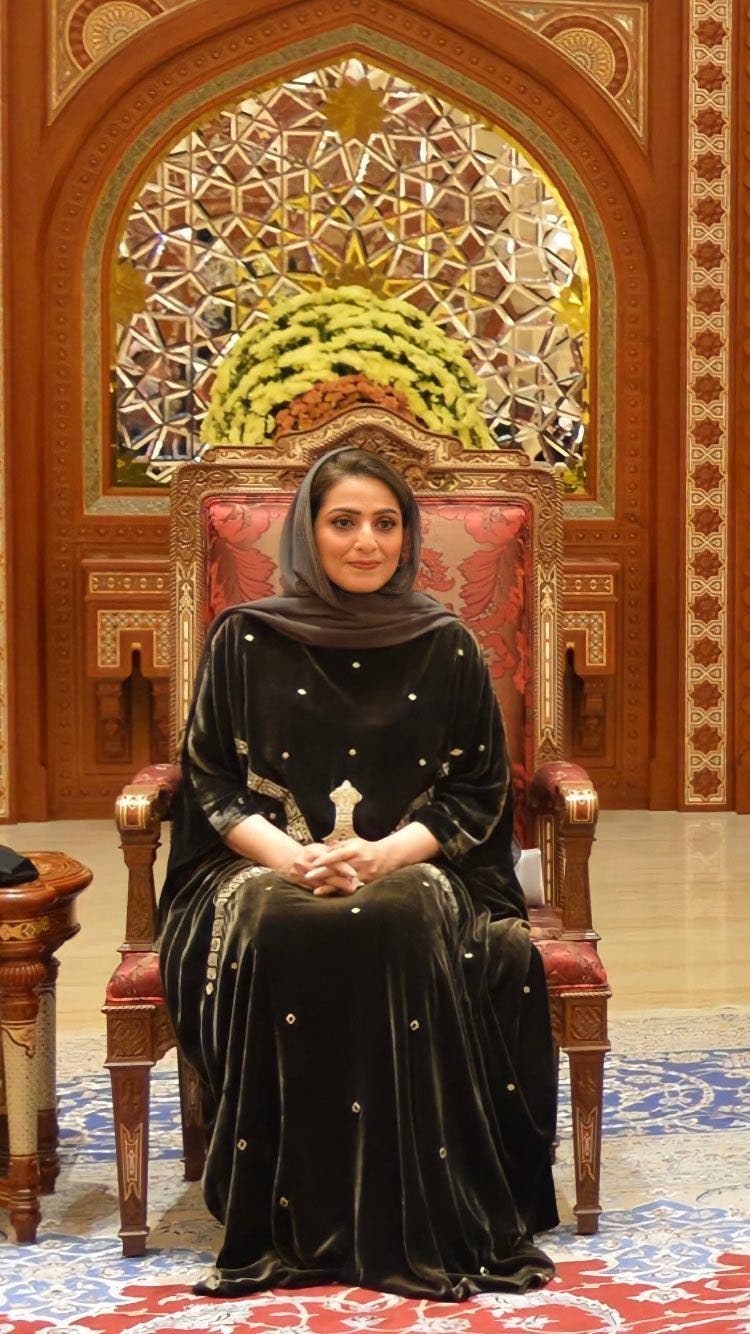 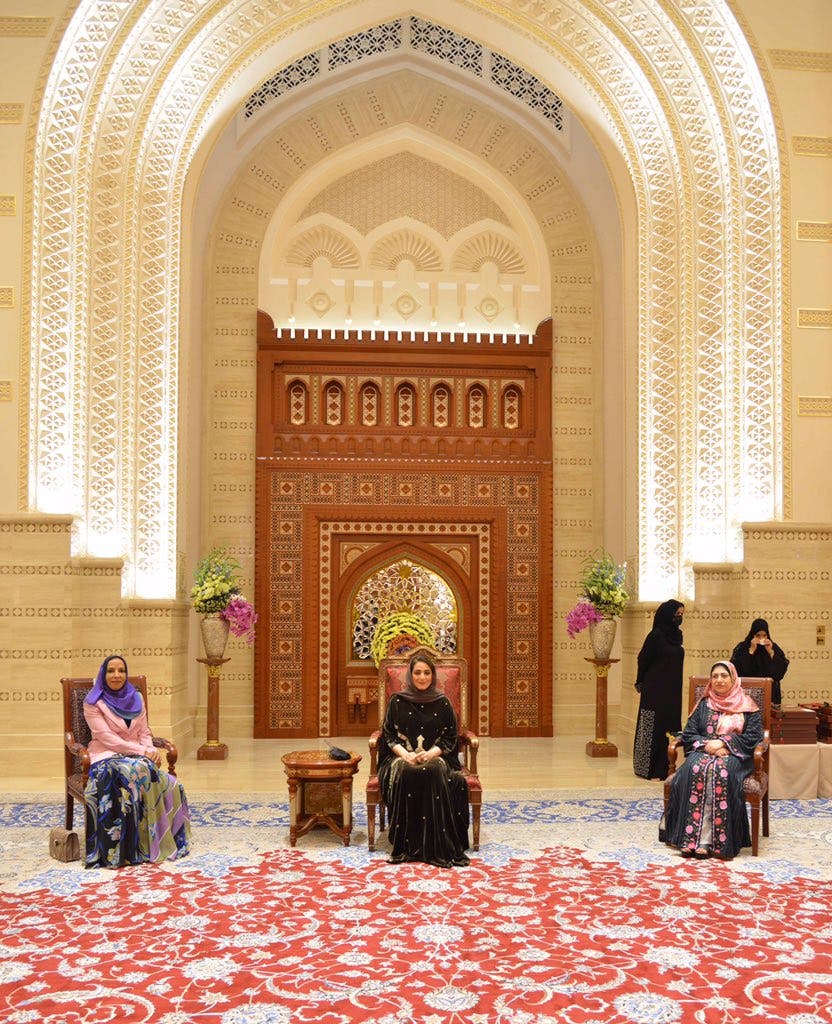 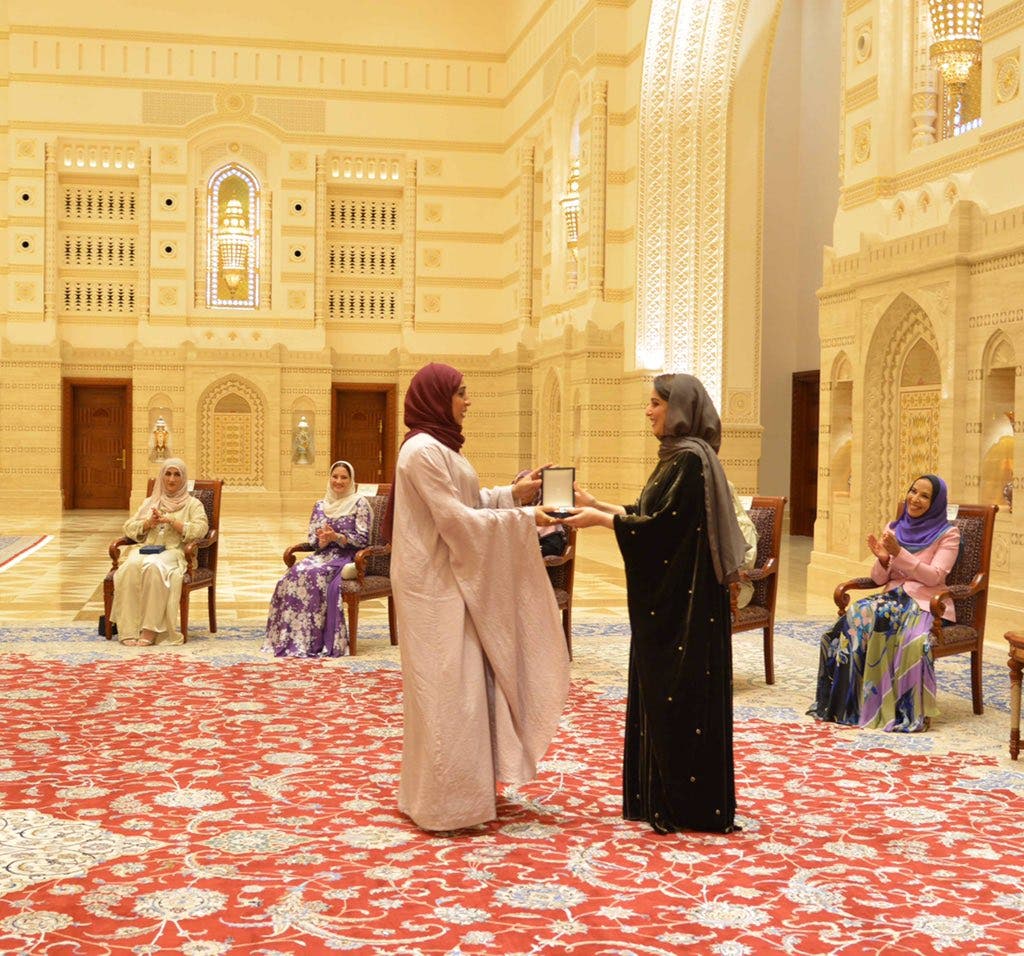 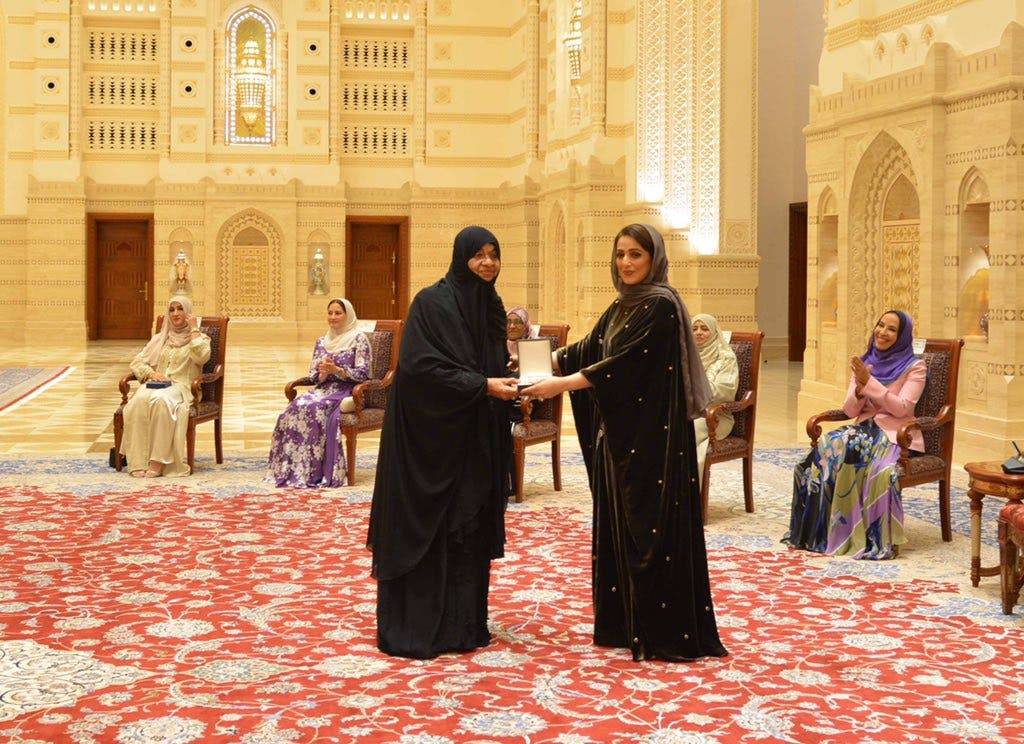