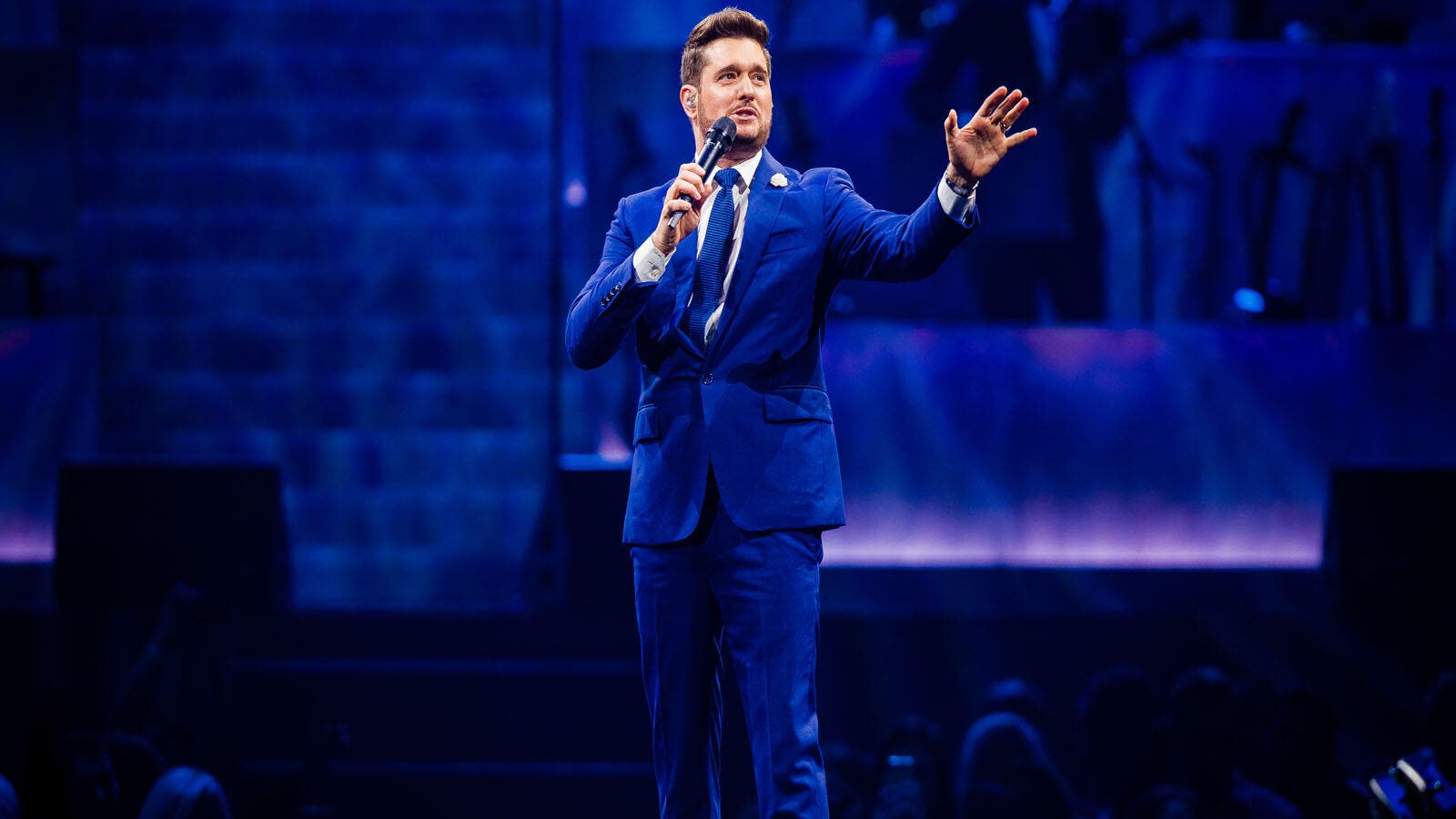 And Michael Bublé has revealed that he was told that his step back from the music industry could've jeopardised his career, with the star not knowing whether he would return.

However, following his return to the stage last summer, the Canadian crooner, 44,  admitted he 'cried for two hours' after becoming overwhelmed with emotional.

After reaching worldwide acclaim with his 2005 album It's Time, Michael's impressive music career went from strength to strength, with the star going on to sell 75 million albums and winning four Grammy's.

However, his world changed when his son Noah, then three, was diagnosed with liver cancer.

Revealing how bosses warned that he'd be risking it all if he took a hiatus from the industry, Michael told The Sun: 'When I went away and went through our family stuff with our son, I never knew if I was coming back.

'Then I had different promoters telling me, "Listen Mike. This might be over for you".'

The Feeling Good hitmaker went on to that people 'forget quick' and that if he stepped away from music, folks would move on to 'the next thing.'

Luckily, little Noah was given the all-clear and Michael returned to the stage, playing his first show back at Dublin's Croke Park.

But things became too much for the star as it sunk in that his son had recovered from the disease.

He said: 'My first show back, I played Croke and I cried for like two hours afterwards. It was too emotional for me. I was too happy. Noah is great, thank God.'

Michael shares Noah, now six, with wife Luisana Lopilato, whom he married in 2011.

The couple also have another son, Elias, aged three and 17-month-old daughter Vida.

His words come a year after he revealed he had 'no choice' but to put his career on hold for the sake of his family.

Speaking to Tracy Smith for an interview on CBS Sunday Morning, he said: 'There was no choice. No family has that choice. There is no choice. It was take care of business - and there was never any conscious decision ever.

'There was just, you know, come together as a family, put your head down, you know, pray lots and just survive.'

The warbler previously admitted his son's cancer battle had put his worries into perspective and now he no longer cares how his records fare.

He said: 'I don't give a s**t if things sell one or 10 million, I don't care where I play, if it is at a club or a stadium. My kids are good, that's all I care about. Making music is this bonus, the bonus of the happiness of life. I couldn't even think about it.

'I don't read anything, don't have social media any more and my poor manager cannot tell me what the chart positions are because he knows I will cut the call.

'I don't need to know that. I don't have control over that.

'Every second I get to promise myself to be the nicest, kindest person I can be. Everything else has gone out of the window - I can't control them.'