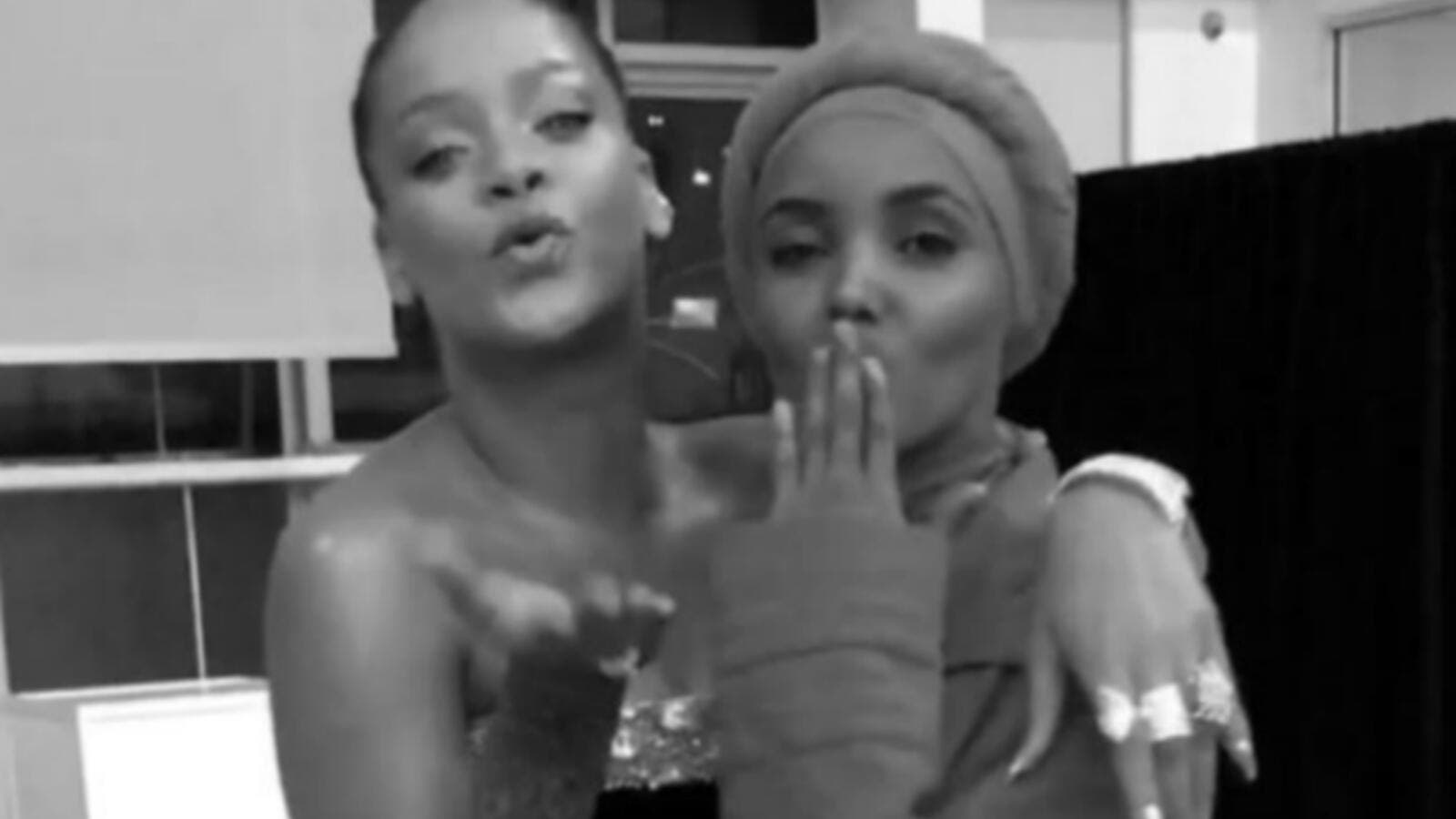 Model Halima Aden shared a blurry image of herself with Rihanna to celebrate the day (Source:@Halima - Instagram)

While Hammam is of Dutch, Moroccan and Egyptian descent, Aden made a name for herself as one of the first models to sport a hijab while walking the runway for such major international fashion houses as Phillip Plein during this year’s New York Fashion Week. She even modelled in Rihanna’s Fenty Beauty campaign video, released in 2017.

The pair were among a few celebrities, such as Palestinian-American DJ Khaled and the pop star’s ex-beau Chris Brown, to post photos of Rihanna on their social media pages and send her wishes on her 30th birthday.

Aden posted a black and white photo of herself posing with Rihanna, while Hammam shared two pictures of the “Wild Thoughts” singer with the caption: “The cutest, the sweetest and the realest! Happy birthday Ri.”

For her part, Rihanna, who is currently in a relationship with prominent Saudi businessman Hassan Jameel, shared a photo of herself as a baby and captioned it with a message to her mother, Monica.

“10958 days ago @monica_fenty became a mother for the first time to her only daughter! Today is just as much your birthday as it is mine! I love you mom!” the nine-time Grammy winner wrote.