Mohamed Ramadan is under fire!

The picture went enormously viral on social media subjecting Ramadan to criticism and outrage from his fans. 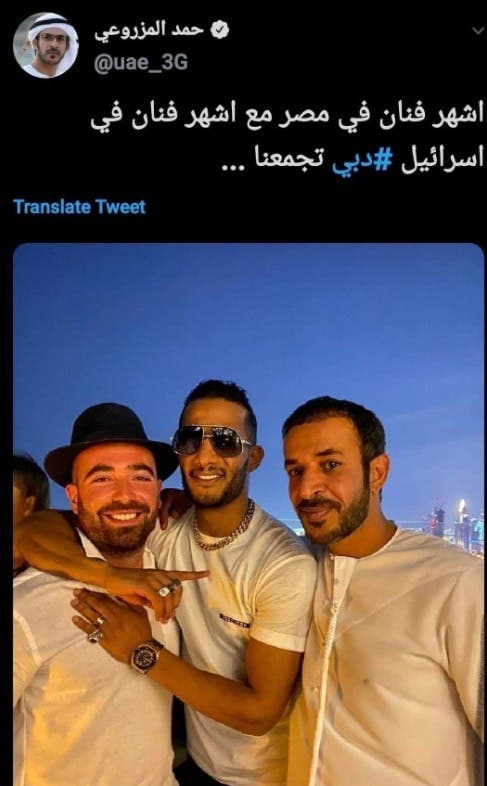 One popular face sent an indirect criticism to Mohamed, it was Palestinian-Jordanian presenter Ola Al-Fares.

She tweeted: "Why, prince?" referring to his role in his latest series The Prince.

From his side, Mohamed didn't stay silent and defended himself against those normalization rumors with Israel.

He posted a couple of videos on his Facebook page explaining the situation.

In the first video, Mohamed was at the airport taking pictures with fans. He captioned it: "There is no way I can ask each and everyone about his / her identity, color, nationality and religion."

In another footage, Ramadan shared with his 14.9 million follower on Facebook a video with a Palestinian man from the same night he was pictured with the Israeli singer.

The Egyptian singer wrote: "I don't ask who takes a picture with me about his country of origin unless he says it himself, and this is a video from the same time and place with a Palestinian guy where I saluted the brotherly Palestinian people."

He continued: "Ignoring this video by some people confirming that the intention is not the Palestinian cause, but it is the 1000th attempt to stop my success and popularity and direct the audience to boycott me, but it's useless."

Packing on the PDA at Night! Mohamed Ramadan Criticized Over an Intimate Video With His Wife

How Has the UAE Become the Beacon of Success in the MENA?

Formalizing Ties Between Riyadh, Doha and Ankara is Not an Easy Matter