Mohamed Salah Welcomes Baby No. 2.. Check out the Baby Name and Meaning Here!

Liverpool Egyptian player Mohamed Salah has welcomed his second daughter with his wife, Maggie, who gave birth in a British hospital.

Mohamed and Maggie named the newborn "Kayan", which is an Arabic feminine name, meaning nature and creation, and also means self or existence. It refers to the good origin, calmness and high pure morals, and some psychologists have interpreted the meaning of the name Kayan as referring to beauty and origin, and whoever carries the name is distinguished with her kind heart and high ethics.

News reports stated that Salah's family residing in Najrij Bassioun Center in Gharbia Governorate was overjoyed with the news, after the player contacted his father and his wife's family to give them the good news, and that Salah, his wife and two daughters are scheduled to return to Egypt to celebrate the newborn in late March, according to what his family said.

Some sources have also revealed that Mohamed Salah's mother and sister are now in England, to take care of Maggie and the new baby.

Salah's second daughter was born in Liverpool, his first daughter "Mecca"was born in London in 2014, when her father was a player at Chelsea at the time. 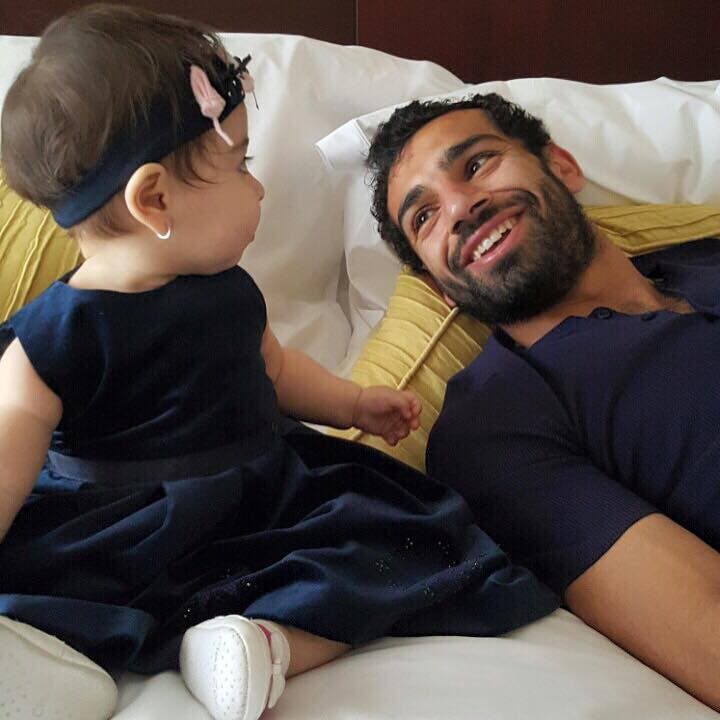 Some reports indicated that the newborn will obtain British citizenship since she was born on British territories, where her father Salah holds permanent residency, and according to British laws, obtaining British citizenship does not mean revoking the nationality of the country of origin, as it will be available for Kayan Salah to possess the two nationalities, Egyptian And British.

Back from the holiday I didn’t go on ?