Nancy Ajram Breaks a New Record Surpassing the Living and the Dead!

Lebanese singer Nancy Ajram set a new record as the 'Most Listened To ' Arab artist on Spotify, outperforming major singers such as Fairuz and the late Umm Kulthum. 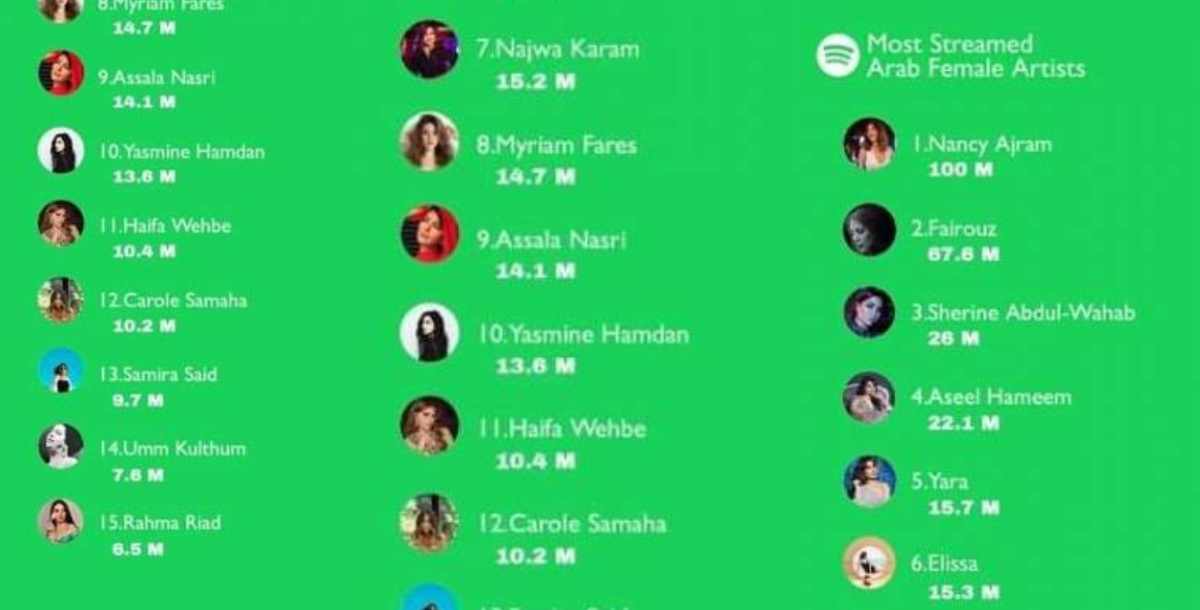 Statistics on the digital listening platform "Spotify" are based on the number of times songs have been played in different parts of the world.

Lebanese singer Nancy Ajram has previously won many international awards, including World Music Award for the highest sales in the Middle East.

Nancy has released nine studio albums during her artist career and she is considered one of the most popular artists in the Arab world.