Rai Sports journalist Paola Ferrari has returned to raise doubts about the love story between Can Yaman and Diletta Leotta. 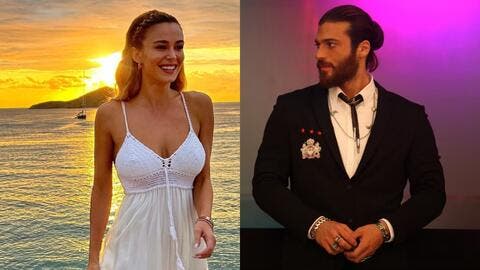 The Turkish actor and the presenter of Dazn were the protagonists of the 2021 summer love story that attracted the attention of the media, which was also accused of being fake, artfully constructed.

A few weeks ago Ferrari had declared that he did not believe in the love between the two, now he has increased the dose.

'I don't believe it.' He declared speaking of Leotta while he was a guest of Verissimo, because he is aware of the important passion he has for another person. Adding 'But it's good to have fun.'

Ferrari continued: 'I am opposed to the role of a woman who is physically too exposed in this work. It is not the weapon of seduction that is needed. To be credible. But everyone is free to do what they want. In this way, we become interchangeable goods.'

Meanwhile, according to Italian celebrity gossip expert Alessandro Rosica, Can Yaman would be ready to return to Demet Özdemir, a Turkish colleague with whom he would have been - secretly dating from 2018 to 2020. According to Rosica, Leotta was instead spotted a few weeks ago in Ibiza together with the model Giacomo Cavalli.