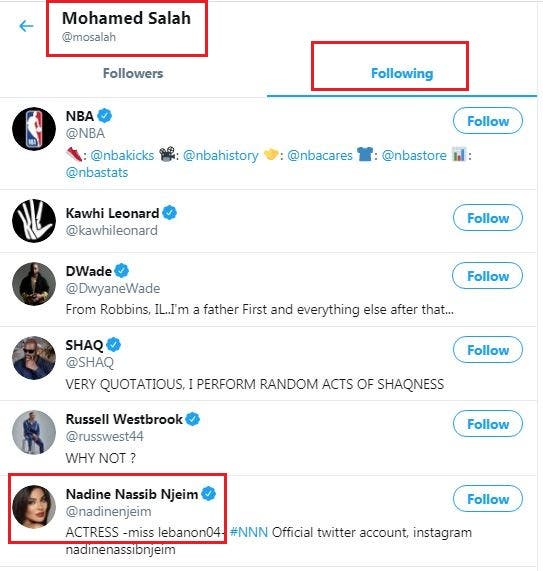 Nadine Njeim isn't the only Arab celebrity who Salah follows. Check out the list:

And from the west, Mo Salah seems to like Dua Lipa, as she is the only western artist he's following.