Egyptian actor Mohamed Ramadan and rising artist Youssef Amr have been severely injured while performing a stunt on set.

Youssef Amr revealed the details of the accident to Foochia.com. 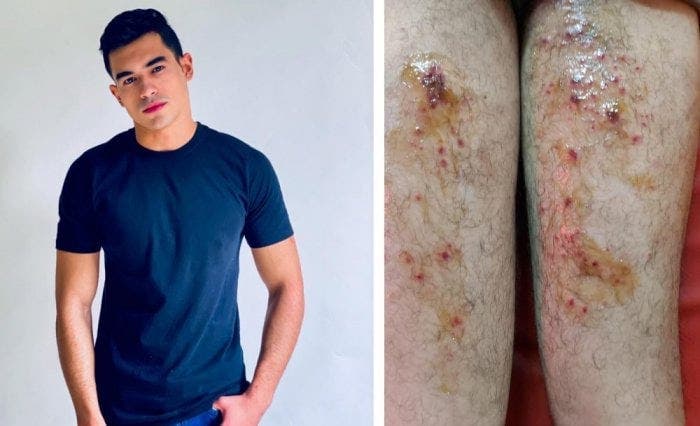 He said: 'There were explosives in the location, and stunt coordinator Issam Al-Warith did not inform me of anything about the possibility of detonating the explosives at any time, especially since they were placed under my feet, and he did not direct me to wear a bomb suit.'

The young actor added: 'Issam told me not to worry about anything, and at one moment the bomb exploded causing me solid damages, he didn't even apologize or said anything to me, he had a state of extreme indifference.'

Youssef Amr pointed out that the production team immediately tried to save him, by transferring him to a hospital in Maadi, and it was found that he had suffered first-degree burns with severe infections in the testicular wall, adding: 'Doctors informed me that my health condition will improve withing two weeks.'

At the time of the accident, Youssef Amr didn't know that fellow actor Mohamed Ramadan has been injured too, as he learned that later when Ramadan revealed his injury on social media.

The Egyptian megastar posted a video of his burnt back caused by the explosion.

He wrote: 'My injury was severe while filming today, but thank God, the most important thing is to deliver the work for you as real as possible.'

In another post, Mohamed Ramadan criticized the Egyptian media in general for ignoring to cover his injury, naming particularly anchor Amr Adib.

Mohamed wrote: 'Is this the simple injury by which the media of my country has totally ignored? Naming Amr Adib who opened fire on me and accused me of a charge that I had nothing to do with, which is the injury of my friend Lubna Wanas's son. Hope you feel better soon Youssef. Thanks to all my fans for your continuous prayers and support, and thank God I have not stopped filming my projects.' 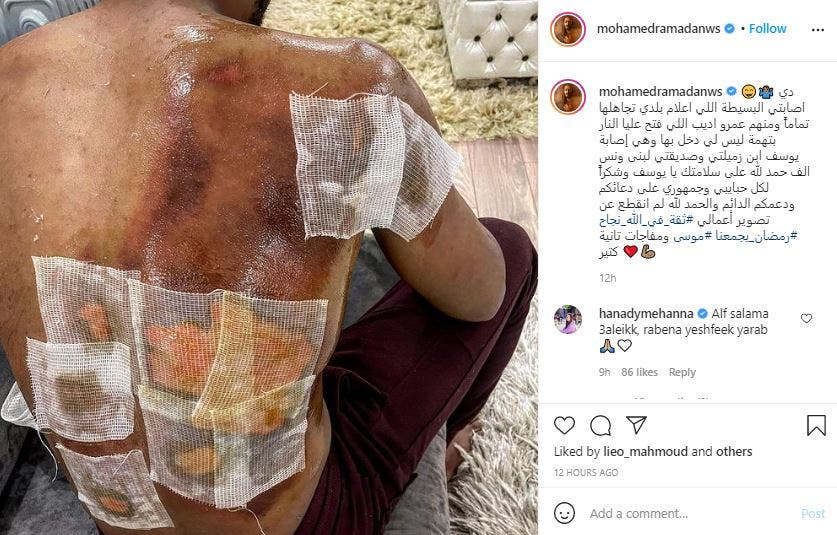 Packing on the PDA at Night! Mohamed Ramadan Criticized Over an Intimate Video With His Wife
Tags:mohamed ramadanstuntadEgyptYoussef Amr