Published January 28th, 2020 - 12:47 GMT
A number of stars and celebrities interacted with the news

Kuwaitis were shocked over the news of young Kuwaiti social media star Dana Abbas Al-Haidar's death at the age of 21, after she entered a coma that lasted nearly seven days. Dana had sadly been subjected to bullying in her short life, due to her extra weight.

Several celebrities responded to the news by sharing photos of the late artist and expressing their sorrow and regret for her death, especially after the unfortunate conditions she had experienced in her life.

But a great deal of the reactions were regarding a comment by a famous Kuwaiti social media personality named Nihal, who used Dana's death to promote a restaurant.

Nihal posted a picture of the restaurant and captioned it:

"This restaurant was loved by Dana, may her soul rest in peace. She usually ate at it. She really had good taste. I tried this restaurant in Kuwait a month ago.. it was delicious." 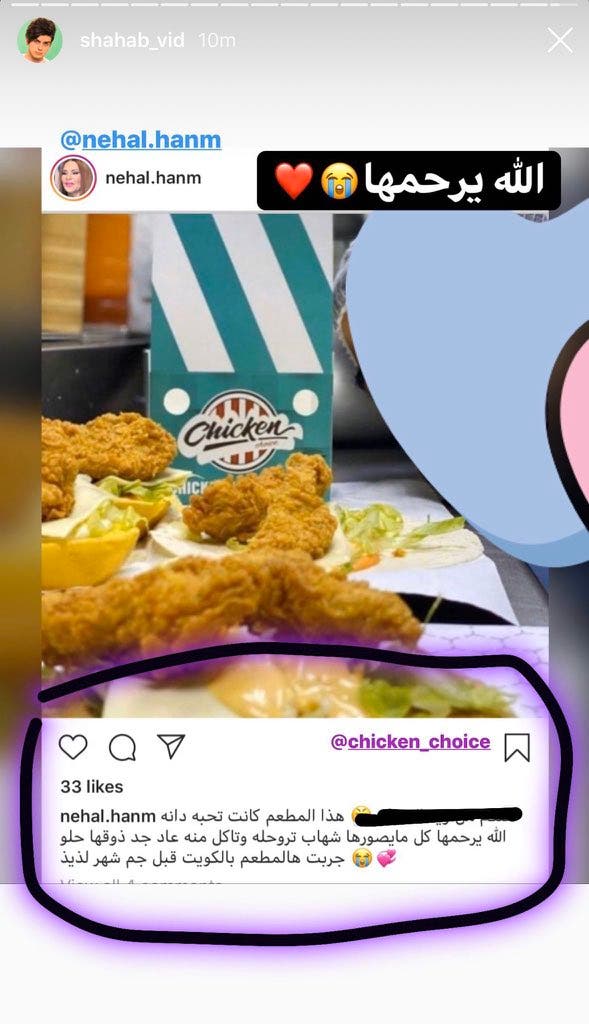 Her comment became the topic of huge controversy as many felt that Nihal used the death of Dana to promote the establishment without any regard or respect to the deceased.

It drove people to comment on today's state of obsession with fame, money and brand promotion and how it pushed some people to cross a line for the sake of money and profit without taking others' feelings into consideration.

Many demanded the Nihal be punished for her distaste, and even vowed to never visit the restaurant in question because of they way she used it to exploit Dana's death.