This Is the Price of Dunia Samir Ghanem's Golden Dress

Actress and Songstress Donia Samir Ghanem's images while attending a wedding were highly shared on social media as soon as she posted them to her social media accounts.

The Egyptian beauty chose a short gold dress for the occasion by Alexandre Vauthier that is sold for 1364 Dollars.

Donia Samir Ghanem's look grabbed the attention, and comments poured on the pictures splitting between admirers of the dress's details and others who thought the actress is repeating herself as she had previously worn a similar design to another wedding.

Donia Samir Ghanem also flaunted her new blonde look yet direct comparison was made with her sister Amy Samir Ghanem, with whom she appeared in some pictures in the same event. 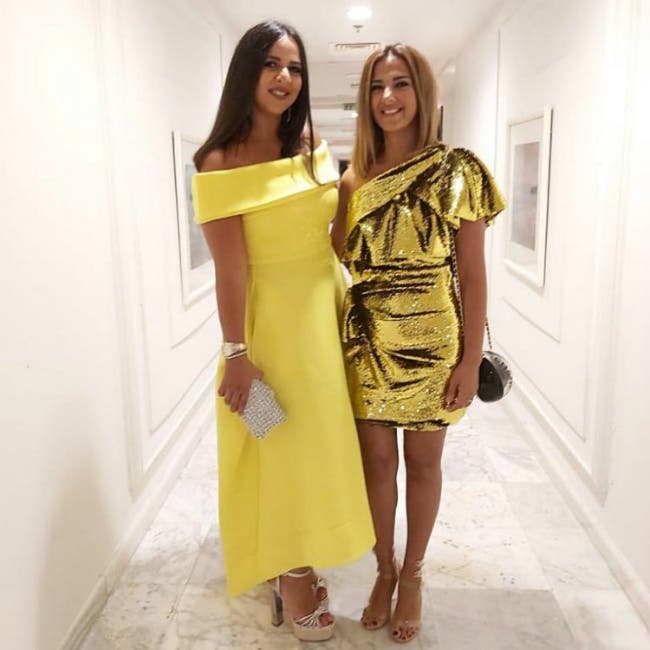 The audience reacted strongly to Donia and Amy Samir Ghanem's looks, with diverse views on who managed to grab the spotlight better with their elegance.