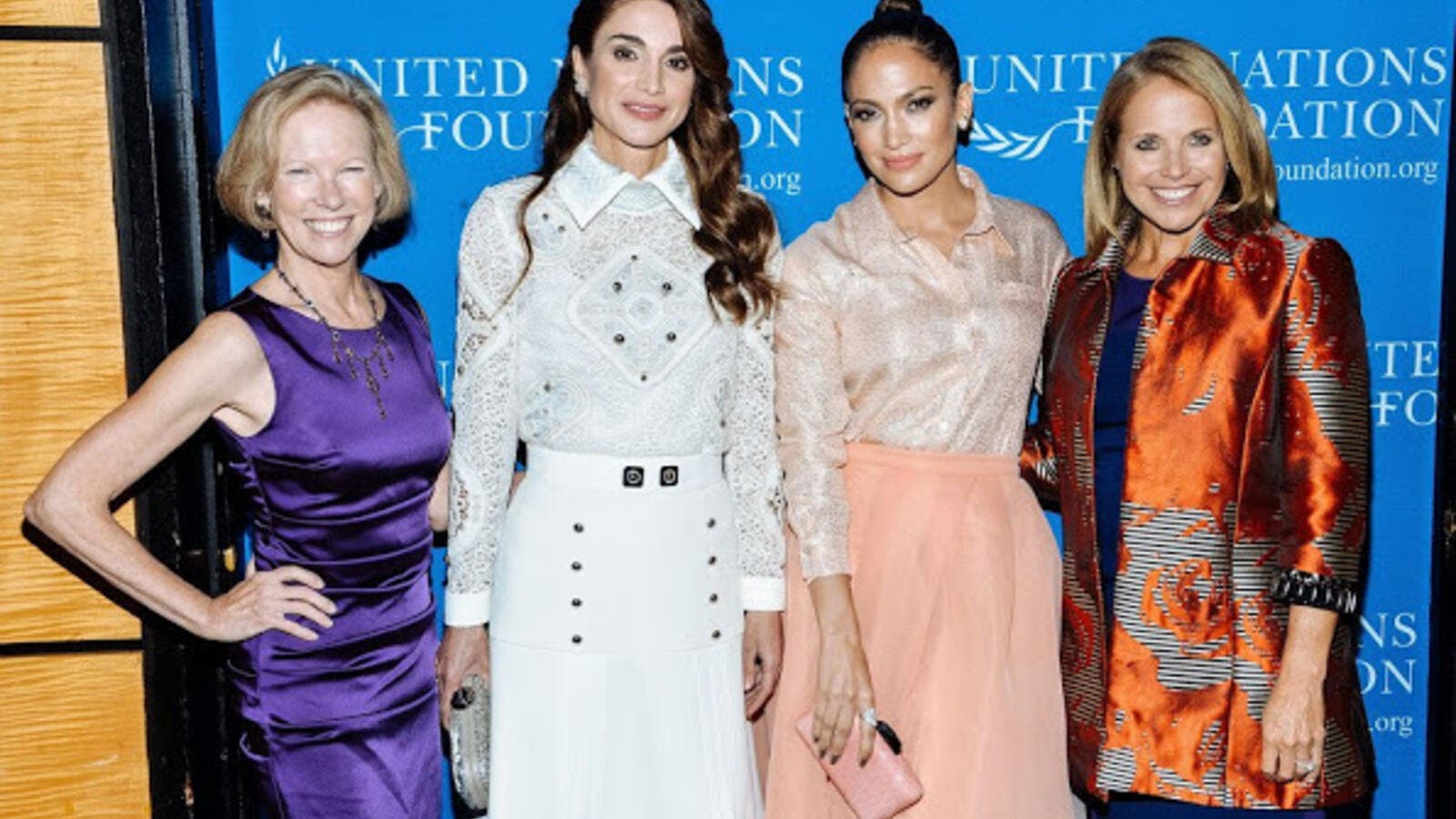 Queen Rania bonds with Hollywood stars over the Syrian refugee crisis in NY. (New My Royals)

“You can show the world that all lives matter,” said Her Majesty Queen Rania Al Abdullah to more than 60,000 people during her call to action at the Global Citizen Festival in Central Park, New York.

Her Majesty joined world leaders and influencers at the Global Citizen Festival in New York, presented by Hugh Jackman and Stephen Colbert, who gathered for the festival to engage ordinary people in vital causes like extreme poverty and inequality around the world.

Calling for action on the Syrian refugee crisis, alongside Hollywood star Salma Hayek, Her Majesty urged the audience to show solidarity with those in need.

“For millions, this is their darkest hour. Their time of greatest need… it’s also your time. You can show the world that all lives matter.”

Her Majesty indicated that the global community needs to unite and “extends the hand of humanity to those who are risking their lives in search of peace, safety, and security”. She added: “We call on leaders to honour their obligations towards refugees and to increase aid to the Syrian crisis.”

The Global Citizen Festival is an annual music festival established in 2012. The 2015 event was created to mark the establishment of the United Nations Sustainable Development Goals (SDGs), a list of 17 tasks to end extreme global poverty by the year 2030.

The 2015 festival, the fourth since it was first held in 2012, was held on Central Park’s Great Lawn in New York, and featured performances by international artists including Beyoncé, Coldplay, Ariana Grande, Pearl Jam and Ed Sheeran, among others.