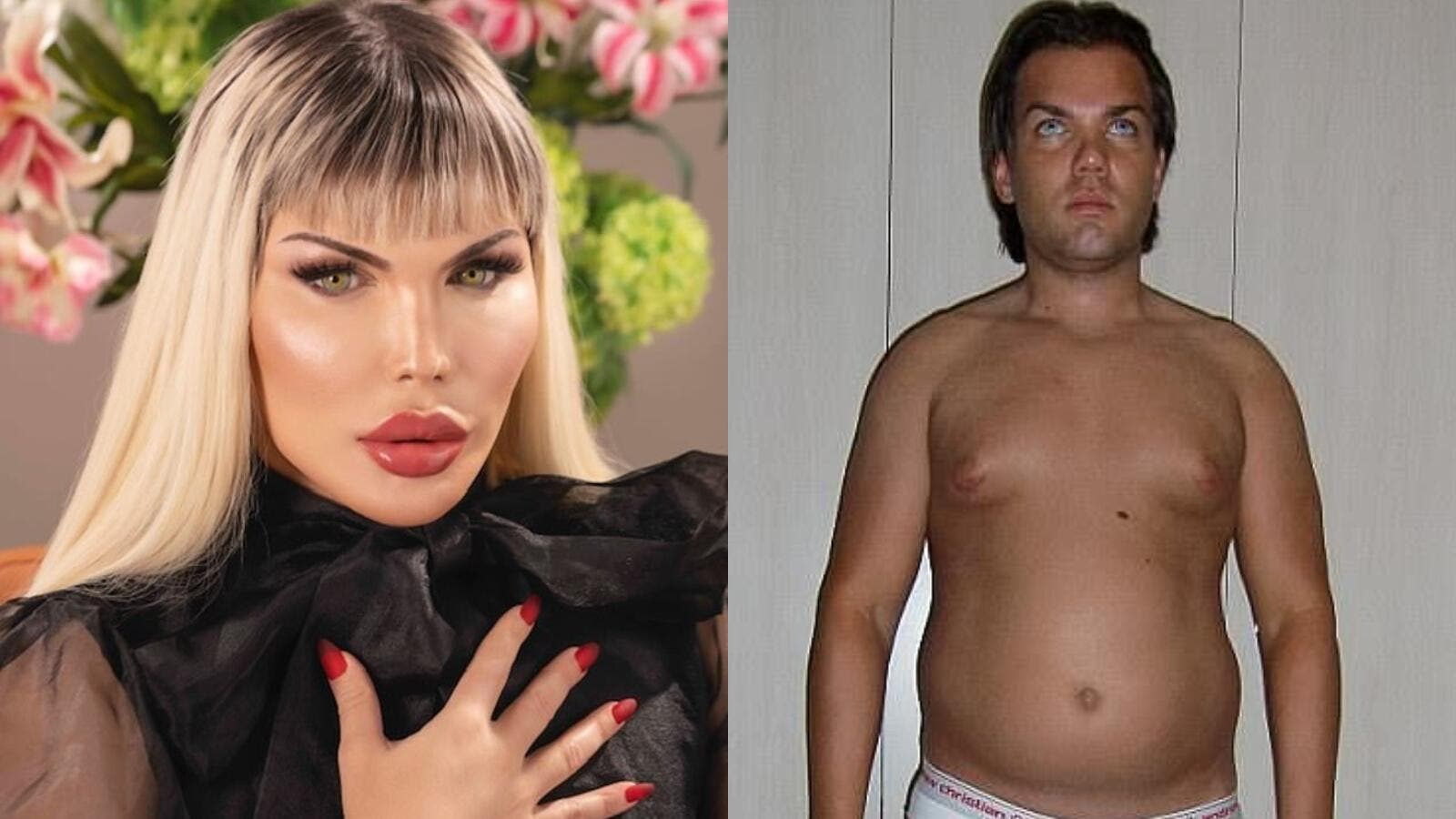 'I came onstage to Shania Twain's song, Man I feel Like A Woman'

Rodrigo Alves recently took four months off from appearing on TV to secretly start her transition as a woman.

And the 36-year-old told MailOnline that she was convinced she would never be accepted on the shows again... however, she has been given a pay rise.

She told MailOnline: 'I have been transitioning from male to female since September 2019 and I took a break from all the TV shows that I do across the world.

'I thought that I would never go back. I assumed that once my transition became news, the TV shows would not be interested anymore in me and that I would be left without a job, but they have proved me wrong.

'I actually got a pay rise and I was asked to go back on TV shows in Brazil, Russia, Spain, Germany and Italy.

'It comes to prove that the world is changing and becoming more accepting of people’s individuality and life choices.'

Rodrigo Alves made her debut as a transgender woman on Italian chat show Live – Non è la D'Urso on Sunday following her break.

She said: 'During the show, I was introduced still as Rodrigo Alves, my birth name which I will carry on using until March 2020.

'I came onstage to Shania Twain's song, Man I feel Like A Woman. I was full of energy feeling very happy and confident.

'The host, Barbara D’urso was speechless and asked me to do a catwalk for her which I loved and had much fun.'

Rodrigo said she broke down in tears when she was played a clip of herself taken from the first time she was on the show, three years before.

She said: 'I started to cry. I was feeling embarrassed. I couldn't see my old self anymore.

'I felt so sad that I wasted so much time and money during the years trying to be a man when my brain was always female. I don’t want to be reminded of my old self.'

Rodrigo is embarking on further surgery and is currently in Istanbul ahead of surgery to have breast implants.

She said: 'I have chosen 800cc of round super high projection implants under the muscle and I can’t wait to be able to wear nice dresses and outfits showing my new cleavage.'

Rodrigo recently confessed it has been a difficult journey and even went as far as contemplating suicide due to the transition in her life.

She told MailOnline: 'At times I felt like taking my life would be easier for myself and for everyone around me. I became very distant from my friends and family and I got very depressed because I really wanted to come out as a woman.

'I felt like I couldn't do that because of my job in TV and my family and it got to the point where I didn't want to put my clothes on because they felt typically male.