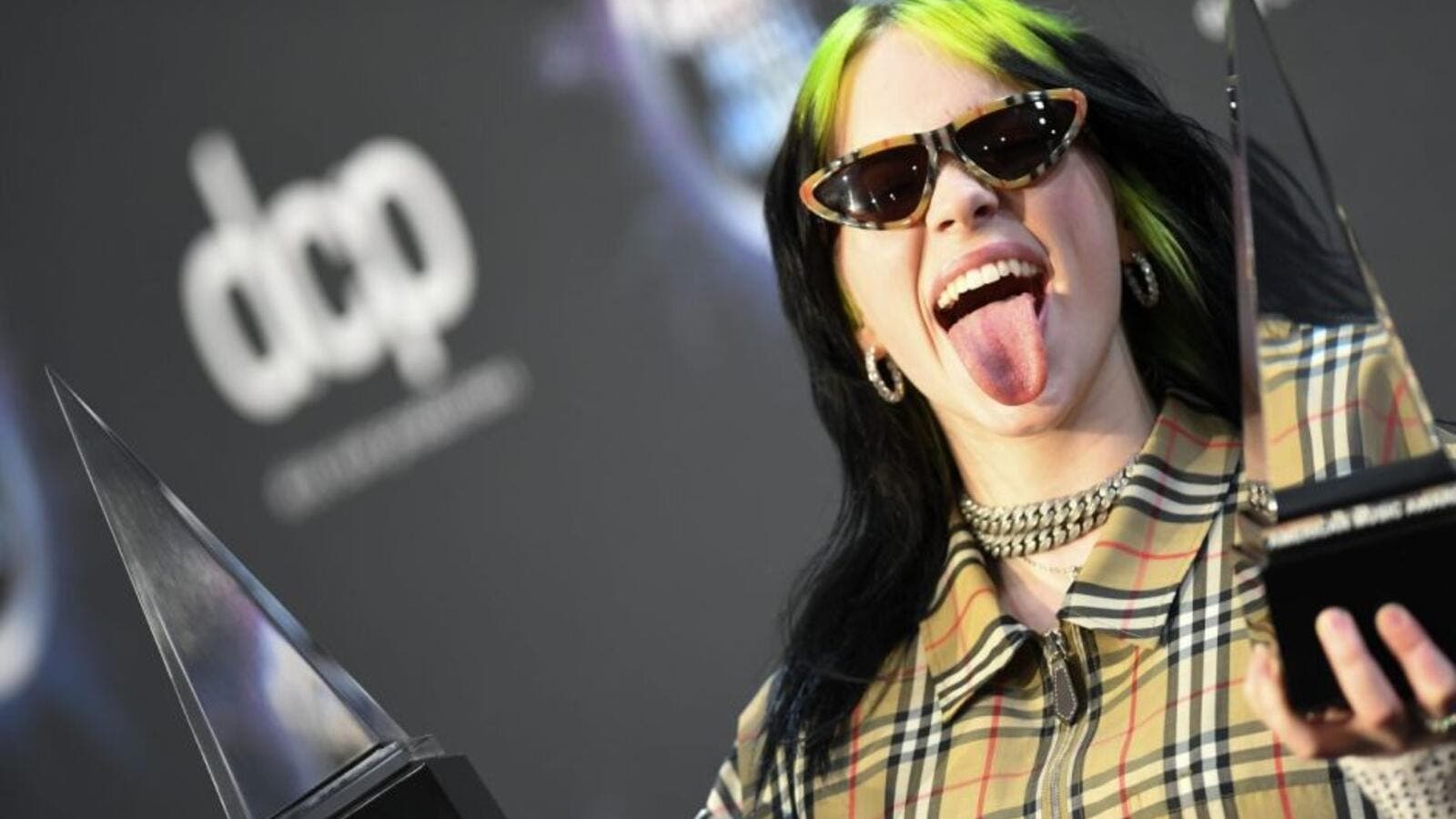 Billie eilish. (Photo: VALERIE MACON / AFP via Getty Images)
Highlights
Rosalia recorded part of a song with Billie Eilish and she is desperate to finish it with the 'bad guy' hitmaker.

Rosalia has teased that she and Billie Eilish have an unfinished song they wrote together.

The 'Malamente' singer won the Rising Star Award for changing the pop landscape with her own interpretations of flamenco music at the Billboard Women in Music event in Los Angeles on Thursday night (12.12.19) - where the 'bad guy' hitmaker was named Billboard's Woman of the Year - and she revealed the pair had spent some time in the studio working on a track, which she hopes they will get to complete sometime.

On the support she has received from the 17-year-old pop superstar, Rosalia told Billboard: "When nobody was supporting my music ... [outside] of Spain, Billie was one of the first.

"Billie posted on her Instagram stories, and ... that was mind-blowing for me."

"We've been in the studio, we're friends ... Billie, please, let's finish that song! I love Billie, she knows it.

"I wish that we had more time to be in the studio ... We started something, we gotta finish it."

Rosalia also revealed how she came to narrate former One Directions star Harry Styles' music video for his song 'Adore You' from his latest LP 'Fine Line'.

She said: "He's a good friend of mine, and he explained to me that he had this song and this video that was very special.

"I saw the idea and I loved the idea.

"I feel so grateful that he counted on me.

"So I was there trying to use my best English accent as possible ... It was a beautiful video ...
"I love him, I love his music. I think he's an amazing, super-talented musician."