See You in Court, Mommy! Hala Al Turk Sues Her Own Mother.. & Shocking Details From Nana!

Problems between Hala Al-Turk and her grandmother, Maha, and her mother, Mona Al-Saber, have taken a new turn.

After Mona Al-Saber came out with a video revealing she was threatened, many people expressed solidarity with her for being deprived of her children, wondering what might have caused the family rift. Meanwhile Hala's paternal grandmother Maha was particularly vulnerable to a violent attack by the public. 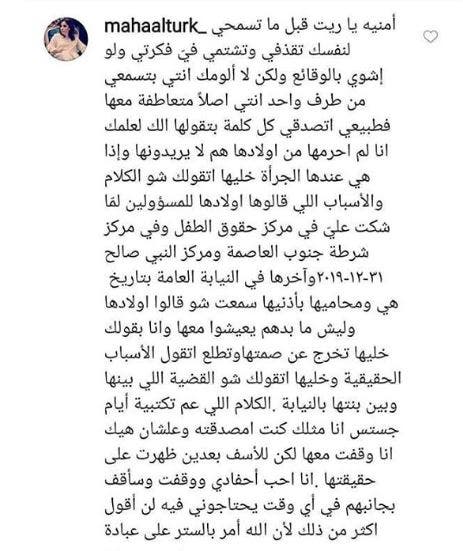 This time Maha decided to break her silence and revealed that it was the children who decided to stay away from their mother, and that their stay with her was their decision.

Maha Al Turk also shocked people when she revealed that Hala Al Turk filed a complaint against her mother on charges of theft, adding that there are many other shocking details, but God has commanded concealment so she will not reveal them.

This comment raised controversy among the public, who considered Hala's behavior an immoral solution, saying that no matter how big the disagreement is with her mother, she is not entitled to sue her. 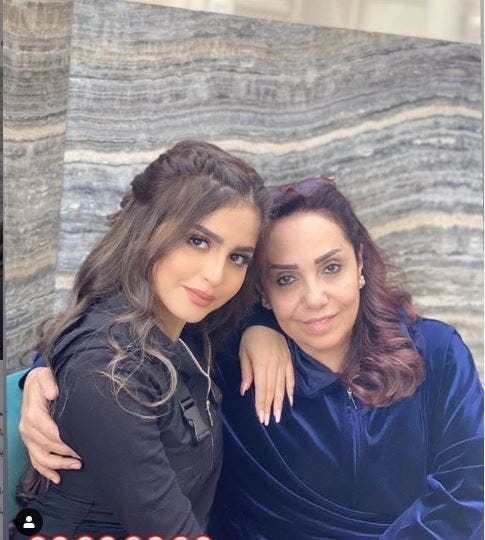 On the other hand, some considered it to be the fault of Maha and her son (Hala's father), Muhammad Turk, suggesting that Hala and her siblings are still to young to make such drastic decisions and that their reaction is likely to be a result of their grandma and father's influence on them.

After this shocking news, neither Al-Saber nor anyone from the Turk family came out with any statements about the issue, nor did they clarify whether the case had reached the Public Prosecution or not.