Things got awkward over The Weeknd.

Selena Gomez and Bella Hadid might have a low-key feud brewing over the model deleting a recent Instagram post that the singer had commented on and liked.

However the two A-listers have since talked things over and made up as Selena wrote: 'NO. I shouldn't have spoken without knowing the truth. I'm sorry. Please don't be hurtful. She is a wonderful person and it was all a misunderstanding.' 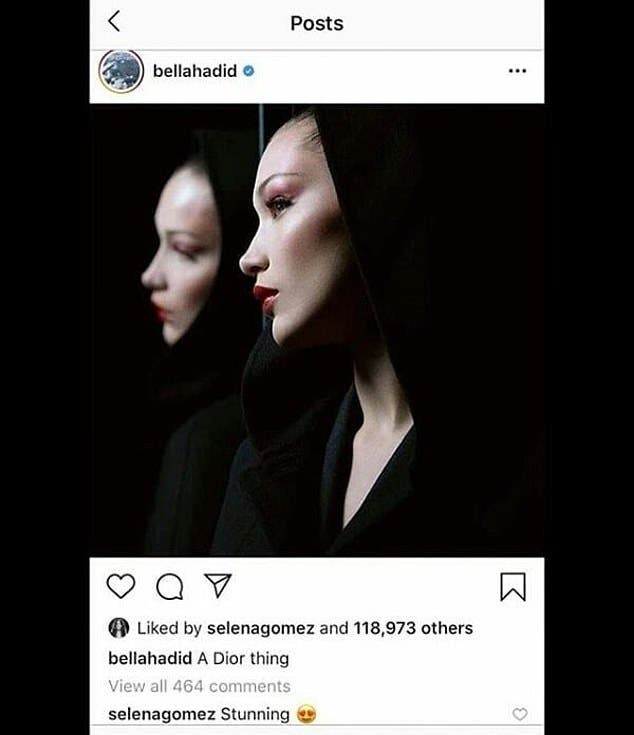 It all began when one of Selena's fan accounts screen grabbed the initial post, which was shared by the 23-year-old catwalker.

It showed Hadid in a Dior ad to which Gomez commented 'stunning' with a smiling emoji with heart eyes.

The fan account re-posted the image and pointed out that Hadid has inexplicably deleted it.

'She's all about supporting women. You all just can't take it nicely. Btw Ms Hadid deleted the post,' the owner of the fan account wrote in the caption.

Selena herself commented on this and added: 'That sucks [sad crying emoji]' 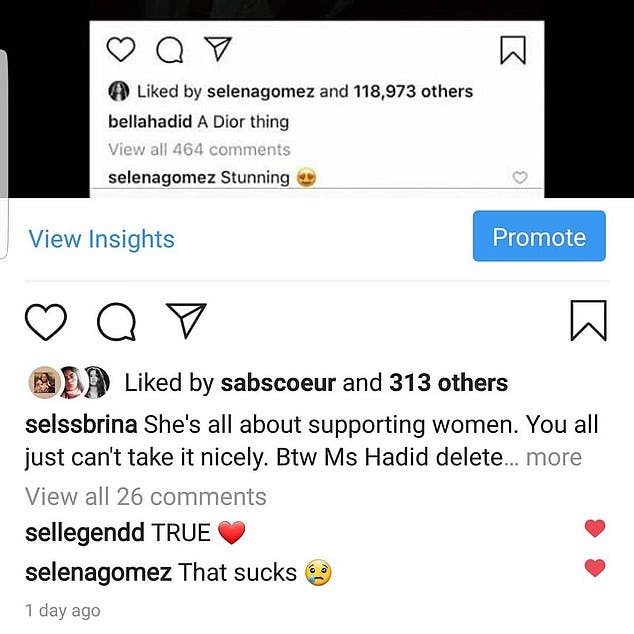 The Wolves singer re-followed Hadid on Instagram, three months after the model had split from The Weeknd for the second time.

That was not reciprocated, however, as Hadid hasn't followed her back.