Stiletto Raises The Bar For Boldness in Arabic Drama

Since Stiletto first aired, it has gained huge success in the Arab world. 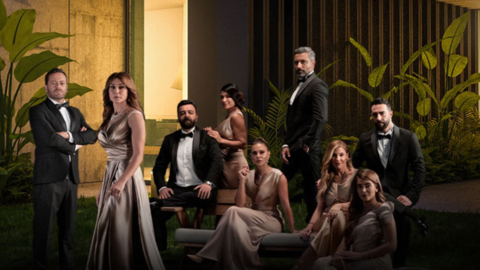 Everything You Need to Know About The Cast of Stiletto

And fans are always eager to see what's coming next in the show and story updates, however, it seems like fans are giving different feedback for the series due to the bold scenes.

In one of the scenes, Nada Abu Farhat and Samer Al-Masri share an on-screen kiss, which leads to a lot of controversies as this is something rarely seen in Arabic drama, and mostly not accepted in the community.

The kiss scene was shown in the 24th episode of the series, where Nayla who is played by Nada, and Loai who is portrayed by Samer, share a kiss, and the pair were going through a divorce during the last episodes of Stiletto.

Soon after the episode was aired, Nayla and Loai's scene was trending all over social media, because it was such a bold scene and a scene that the Arabic drama is not used to.

Many viewers shared their opinion on Stiletto's kiss scene, stating that this scene is inappropriate, adding that it is not suitable for our culture, while others shared that this scene depicts the true drama that couples go through and that there is no shame in showing embrace and affection between lovers.

Stiletto is a crime/drama/romance Lebanese series, it tells the story a dead body that falls from the top floor of a luxury home during a big party, Rami, the officer in charge, questions all witnesses to find the killer, but uncovers a past tainted by hate and betrayal.