The singer went down to New York city on Wednesday to give a speech Yankee Stadium.

The 32-year-old joked that she thinks the only reason she was called was because she has a song titled '22'. 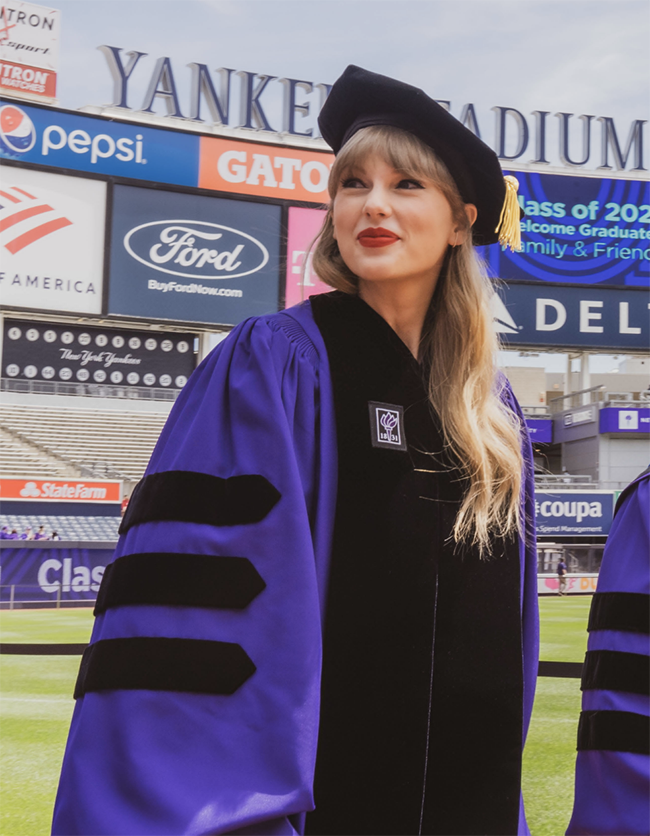 Swift went on to tell the audience to learn to live alongside cringe, 'No matter how hard you try to avoid being cringe, you will look back on your life and cringe retrospectively. Cringe is unavoidable over a lifetime, and Not being invited to parties and sleepovers in my hometown made me feel hopelessly lonely. But because I felt alone, I would sit in my room and write songs that would give me a ticket to somewhere else.”

Taylor gave a 20-minute speech to the graduates as she revealed that she believes life can be heavy and went on to share a few life hacks to the audience.

Despite not receiving a four-year college experience, she is now officially Doctor Taylor Swift as she received her doctorate in fine arts.