Egyptian newspaper Al-Dustour has sparked controversy after publishing a photo of six Egyptian actors known for their opposition to the ruling authority in the country, wishing them death. This happened only days after the sudden death of young actor Haytham Ahmed Zaki.

Al-Dustour captioned their provocative story: "Death snatches the flower of promising young men.. And leaves others. God has his wisdom."

The issue sparked a wave of anger among commentators on social media. Some considered it a direct incitement to kill artists opposed to current President Abdel Fattah El Sisi. 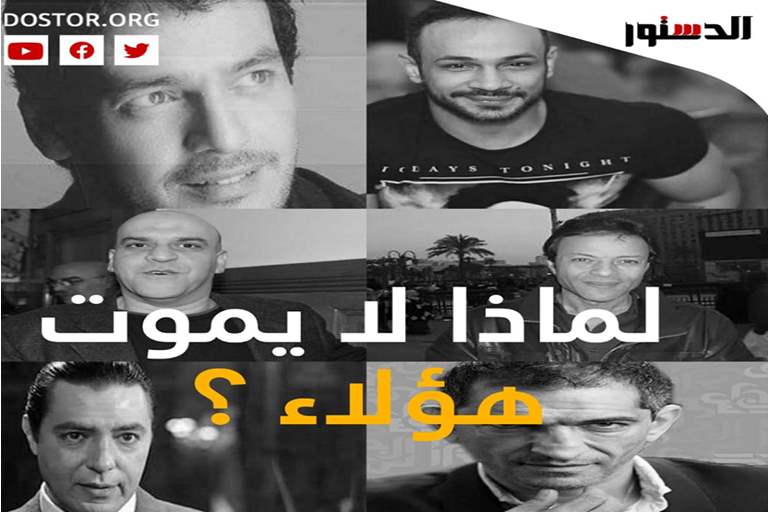 "I am asking people to respond to Al-Dustour, that asked me why I don't die (with others)," tweeted actor Khaled Abul-Naga, who lives abroad.

Abul-Naga and his colleague, Amr Waked, who have been out of the country recently, have been actively rejecting amendments to the constitution earlier this year in Egyptian parliament.

As a result, they were removed from the Syndicate of Representatives in Egypt, and prosecuted.