Amina was having some beach time in the Northorn Coast, Egypt along with her new fiancé Omar Taha and close friend screenwriter Tamer Habib.

The Egyptian beauty stood in the middle between her fiancé and the screenwriter wearing a black bikini underneath a stripped top. 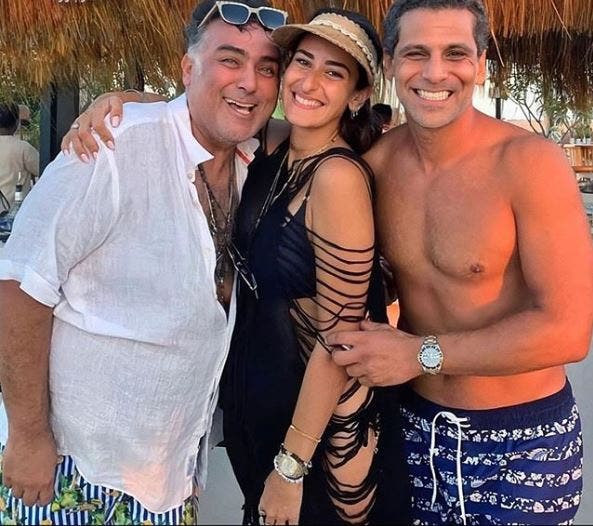 The audience opened fire on Khalil after the revealing picture was heavily circulated on social media, to the point where her name entered the most searched list in Saudi Arabia and Egypt Google.

Amina did not stay silent and responded to those who criticized her.

She stated to Foochia.com: "I own my personal life and this is my freedom, and my personal freedom is a red line."

When she was asked about the criticism she received because of the picture, she said: "No comment. We were in a fun trip, and every place has its own dress code."

The Egyptian beauty was also asked about her wedding date, but she didn't reveal it, instead she commented: "Let it be a surprise."